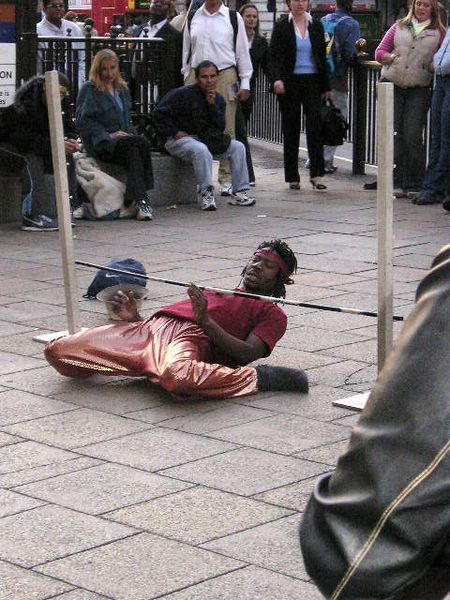 ZLB: How low can you go?

Just quickly from us before we get into today's note on the Zero Lower Bound... 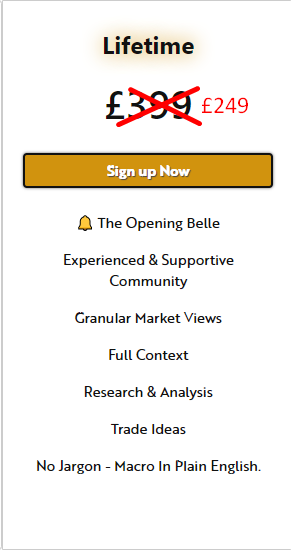 I've kept a keen eye on this little thing known as the Zero Lower Bound since Andy Haldane, then Bank of England Chief Economist, mentioned it...

Back in 2015, he gave a speech at the Portadown Chamber of Commerce in Northern Ireland referencing the difficulty with administering effective monetary policy when rates get so low.

You can read it by clicking the button below.

At the end of the day, all the Zero Lower Bound is is the absolute lowest a central bank can go with rates before they turn negative.

And we're just talking about nominal rates here; real rates have been negative for ages, but that is a chat we can have another time 😉

Now, beyond his beliefs on central bank digital currencies (which I actually think hold some merit when referring to how we could track economic data 'better'), talking about the ZLB back in 2015 was a little bit pioneering.

I mean, no one perhaps thought we'd be stuck down here (at least central bankers didn't).

But right now, I think this is the MAIN conundrum the Fed is facing right now.

I spoke with the Macrodesiac Premium guys yesterday about my expectations going forward, and I'll give you a little insight into what I was thinking...

Check out the rate hike probabilities for the June meeting and tell me if you'd like to call the Fed's bluff on that one.

What we're looking at here, is after the expected 50bps rise this week, the Fed will go 75bps in June.

There are still deniers of interest rate risk for some reason.

The reason why I have started to highlight this aggression is because I am starting to think inflation is not the number one thing on the Fed's agenda.

Basically, when you look at a few different factors together, you start to think...

'Shit, maybe the only way out IS to trash the economy.'

Watch this interaction between Senator Shelby and Powell from back in March to show how hawkish Powell now is...

Is it any surprise then that the market has become more and more aggressive at pricing a 75bp hike for June?

I don't think so - and I truly think the negative Q1 GDP print has boosted this fact, perhaps paradoxically.

I mean, could you imagine a downturn with inflation where it is...

Where would the credibility of the Fed be?

And this is truly where I think the idea about hiking only because of inflation subsides.

Because if you have two periods of negative GDP growth, while at ultra low interest rates, it really doesn't give you space to cut when required.

And there are massive issues with being pinned at the zero-lower bound.

An important finding from our model is that uncertainty rises when the policy rate comes close to or hits its ZLB. Why does this happen? The Fed has a dual mandate to stabilize prices and maintain full employment. When the Fed is not constrained by its ZLB, it responds to unexpected negative economic events by reducing its policy rate, which dampens the effects of the lower demand. In situations when the Fed is constrained, like it was during the 2008 financial crisis, additional rate reductions are no longer possible. As a result, the economy becomes more sensitive to further declines in demand, which leads to lower real GDP than if the Fed was unconstrained. Uncertainty rises because people have more difficulty predicting future economic outcomes. Away from ZLB, the Fed is able to help stabilize the economy, so the range of plausible forecasts is relatively narrow. When the Fed loses that ability due to the ZLB, output is more sensitive to shocks that hit the economy so the range of forecasts is much wider.

Looking forward, it appears that market participants and professional forecasters believe that the Fed, perhaps in conjunction with fiscal policymakers, will “do what it takes” to mitigate the adverse effects of future encounters with the ZLB.

In today's context, mitigating the ZLB means being aggressive with rate hikes, since we are already there and facing a stagflationary environment.

One way in which this can be done is shocking the labour market and reducing the wealth effect, which we have written to you about before...

This is definitely highly concerning for risk assets if the Fed does look to do this, but not surprising given the way asset prices have functioned over the last year or two.

What was that thing Einstein said?

For every action there is an equal and opposite reaction...

That's what I am concerned about today.

Where are we now?

If I could sum up the state of the market looking back a week, it would be the image above.

If Only Amazon's Earnings Hadn't Been So Terrible... | Average Abuse Must End | RBA Finally Hikes Rates