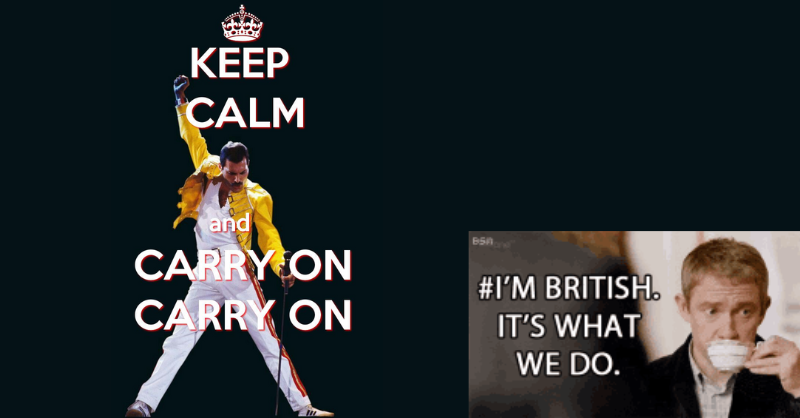 Britain's economy is on the brink of collapse. Or is it the political system? Or the British way of life?

We're a miserable lot in Britain. Everything's always a bit sh*t or heading that way. The media make things a LOT worse.

However, that doesn't mean anything's actually on the brink of collapse (except this government, which will likely be leaderless by the time you read this).

To quickly recap, the unfunded fiscal plans unveiled by the unlucky duo were terribly timed and rushed through without proper oversight. Timing is everything. Along with credibility.

This was the spark that lit the LDI bonfire, spilling over into the gilt market. Remember, for anyone paying attention, this was bound to happen at some point... From July (!) 👇

TrussKwars' big project was announced at the same time as the Bank of England was supposed to start selling gilts and reducing their balance sheet.
Apparently there was no communication between the central bank and the new government either, which is less than ideal...

It would've been interesting to see how the budget plan would have been received if the central bank was still happily engaged in QE. But they weren't. And that's the point.

Although the pair ballsed a lot of things up, I maintain that a similar plan will be launched on the other side of the downturn (under a different brand).

This is far from a uniquely British problem. Take a look at the drastic change in long-term interest rates this year 👇

We have to be really careful about attributing cause and effect to these prices beyond 'monetary policy'.

Look at the orange line. The increase in UK 30Y yields started in mid-August.
The same was also true for the German 30Y.

Was this really all because of Truss' plan? She wasn't named PM until September 5th, and the plan wasnt announced until a month later.

So, was the first increase in UK 30y rates due to Trussonomics or due to the looming QT?

It's a rhetorical question. Nobody knows the answer. Pricing is rarely influenced by one single factor.

The most important takeaway is that interest rates are increasing globally.

And if we're talking about unfunded spending, why haven't Germany blown out yet?

Germany's go it alone attitude is already causing problems with France. The annual Franco-German ministerial council has just been postponed until January.

The actual reason for the postponement is rooted in significant differences on energy and defense issues, which made it difficult for both sides to agree on a joint declaration that they had planned to sign.

"In some dossiers we are not yet ready to be on the same line. Therefore, knowing that, we said that it would be better to do [the ministerial council] in January, when we are also present with all the important ministers," one German official said, adding that "we are in the process of finding a [new] date."

“There isn’t enough progress on topics [of discussion]," a French official said earlier on Tuesday, when POLITICO first reported the possible postponement.

...two officials in Berlin fumed about the fact that the holiday plans of senior German ministers such as Baerbock and Interior Minister Nancy Faeser were used as a justification to cancel a summit that had been planned for several months.

Next weeks' ECB meeting (and rate hike) could be the spark that lights the next fire.

We've done Japan and their weak yen. That was all the rage a month or two heading into 140. Today USDJPY tagged 150 without much fanfare.

Britain's had their turn in the spotlight now too. Within the next week or two there'll be a new leader and a new fiscal plan.

Europe's surely up next. What will the narrative be?

Stay tuned for the next episode of Global Economic Collapse™.

Spoiler alert! Everything somehow works out in the end.

*Binge-watching this series is not recommended. Viewers may experience angry outbursts, loss of context, and a general feeling of dread and hopelessness.

The central bank told them to get their house in order. Can they act in time?