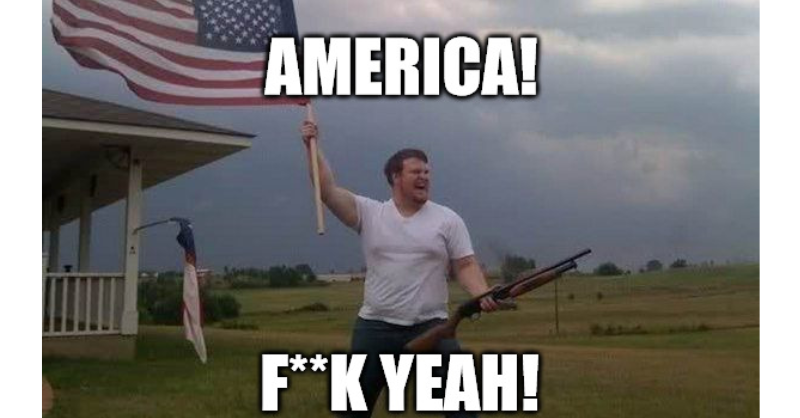 🔔 Why The US Economy Is The Best In The World

The US economy is top dog. There shouldn't be any debate about this. Yet you'll frequently find heated discussions (is there any other type of discussion?) about the imminent demise of the US, China taking over, unsustainable debt and plenty more.

It all seems to centre around a feeling that the dominance can't be maintained, what goes up must come down, or some version of Dalio's changing world order.

It's a compelling argument, and charts like this can make it seem like just a matter of time before the inevitable happens 👇

The question is how much time has to pass before this 'inevitable' (it really isn't) decline.

It looks like China's relative rise is coming to an end under the crushing weight of an imploding property bubble & unproductive debt growth plus the impact of terrible demographics on the horizon. So who's the contender to the crown?

And what's so good about America anyway?

It's the largest, most diverse economy. Unlike other large countries (e.g. Russia, China) most of the country is accessible and suitable for farming, living, and general productive use.

In many ways, America is self-sufficient. Especially where it matters most. Agricultural production is huge, with the farm belts along the Mississippi river producing enough food for the US and more 👇

Theoretically, and especially since the shale revolution, the US has sufficient energy resources to be completely energy independent. In reality, the economy is set up to benefit from global trade efficiencies.

In the unlikely scenario where global trade entirely collapses, the US could provide for itself.

Contrast this with the Eurozone for example, which is highly dependent on energy imports from abroad, and, based on current trends, is becoming a more important customer for US exports of Liquefied Natural Gas (LNG).

Remove the countries with 'favourable tax regimes' (distorting the figures), and Norway (population of 5 million), and it's clear the US is way out in front.

A GDP per capita that high with a population of 338 million people is no mean feat. And that income, which is broadly shared, is the driving force behind consumption.

Which is also why the US is the world's largest consumer (or the world's biggest customer). 👇

Trade And The US Dollar

This huge domestic demand needs to be satisfied, and being the worlds customer is part of the reason that the US runs a huge trade deficit 👇

And because so much global trade is priced in dollars...👇

Countries tend to save disproportionately in dollars too 👇

Which is why the US dollar is the world's reserve currency. Without this trade, the role of the USD could diminish, but that doesn't look likely any time soon.

There's disagreement about the roles that universities and immigration play in the system, although there's little doubt that chasing the 'American Dream' (in one form or another) has created some of the world's largest and most successful companies. 👇

And the business environment is set up to back innovation with immense capital pools, developed financial markets, and an attitude that tolerates failure. It's just a small cost of progress. 👇

The United States maintains the world’s most vibrant innovation culture, where risk and failure are broadly tolerated, inquiry and discussion are encouraged, and the government’s role in business plays a less prominent role ('The U.S. is not a country, it’s a business’, Dominik, 2012) and science and technology – though perhaps not all their consequences – are broadly embraced.

American culture rewards success. These ingredients have contributed to the rise of fifty-two new large companies in the United States over the past sixty years, compared to Europe’s twelve, as well as America’s being the home of many of the world’s most innovative entrepreneurial companies today

A key component of attracting innovators is providing safeguards so that creators can protect their inventions. The US scores highly in every aspect.

The US operates mainly under common law, inherited from the UK. Common law systems are better for business. 👇

Substantive English common law is clear, fair and predictable, and based on precedent.

It adapts to meet the challenges of an ever-changing commercial world, inspires business confidence and underpins international trade and investment.

Which leads to better investor protection, and attracts capital...

Countries whose legal systems are based on English common law have "the strongest protection of outside investors" while French civil law countries have the weakest.

The authors note that the common law system allows judges to apply general principles and legal precedents to alleged investor abuse "even when specific conduct has not been described or prohibited in the statutes."

Civil law, by contrast, requires judges to base their rulings on the exact letter of the law.

"From this perspective, the vague fiduciary duty principles of the common law are more protective of investors than the bright line rules of the civil law, which can often be circumvented by sufficiently imaginative insiders,"

Contrast this with China's hierarchy of defaults for example 👇

Which is already playing out in the property sector this year.

Throw in the US military might (both as a power projection tool and as a driver of innovation) and it's a potent mix that has seen the US become the dominant economy for decades.

Of course, nothing lasts forever, and the US definitely has vulnerabilities (such as the over-dependency on Taiwan for semiconductor chips) but with all of these factors in their favour, who's a realistic challenger to the crown?

Buffett summed it up perfectly in 2021 👇

Today, many people forge similar miracles throughout the world, creating a spread of prosperity that benefits all of humanity.

In its brief 232 years of existence, however, there has been no incubator for unleashing human potential like America. Despite some severe interruptions, our country’s economic progress has been breathtaking.

Beyond that, we retain our constitutional aspiration of becoming “a more perfect union.” Progress on that front has been slow, uneven and often discouraging. We have, however, moved forward and will continue to do so.

This index turned negative ahead of the last five US recessions