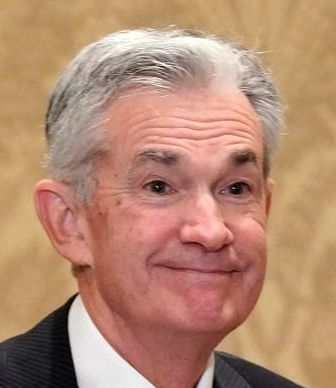 Let's kick off with a shout out to Macrodesiac partner Syscoin. 👇

Wait. That's not it.

"Because it's the Fed's job to prop up the stock market, duuuh"

Because it's the least bad option.

The Fed's always wrong. They're the fall guys. Sometimes it's more justified than others, but they'll rarely get praised.

I like to frame their decisions by asking which is the 'least bad' option available at each meeting.

Without the Ukraine conflict, choosing between a 0.25% and 0.5% hike would have been far closer.

This thread from WSJ Fed Watcher Nick Timiraos is a great summary of reasons why the Fed should go with a 50 bps hike:

This chart leaps out 👇

Inflation was supposed to slow as spending shifted from goods to services. Instead, inflationary pressures in services are broadening. Food, energy and fuel prices are jumping too.

Combining these factors increases the chances that inflation will hang around way above the 2% target for a while yet. Headline CPI hit 7.9% last month.

Even stripping out the supply constrained goods, core inflation (excludes food and energy) is expected to stay above target until at least mid-2023.

Looking at all of that...

Because the system's a fragile little flower that won't be able to handle it. For now anyway.

It wasn't so long ago that oil was in full memestock mode. Brent futures hit a high of $137 per barrel... Just over a week later, oil is trading below $100 again.

There's an assumption that commodity traders must be killing it when prices increase.

They MUST be making loadsa money, just look at those prices!

In a stable and steady trend, that might be right.

Even for the big boys 👇

The trader held talks with Blackstone Inc. for an investment of around $2 billion to $3 billion in preference shares or a similar hybrid instrument, but those talks ended without a deal, said the people, who asked not to be identified as the discussions were private.

Trafigura faced margin calls in the billions of dollars last week, the people said, as oil prices surged to $139 a barrel and nickel soared 250% in little more than 24 hours.

Trafigura is still tapping the banking sector for funds. It earlier this month announced a $5.3 billion deal to refinance a revolving credit facility, and last week raised an additional $1.2 billion credit facility, expected to be increased to over $2 billion, to help it navigate “unprecedented market conditions and extreme volatility.”

If that's happening at one of the largest commodity trading firms, then it'll be happening elsewhere too.

What's this got to do with the Fed decision?

It comes down to uncertainty & (dis)trust.

When everything seems stable and predictable, liquidity is plentiful, funding is easy to obtain, trust is high and all is well in the world (and the financial system).

The opposite is more true now.

ZeroHedge jumped on the Trafigura story and put their own stamp on it...

Once you strip out the usual hyperbole and DOOM, there's still something there. Zoltan Pozsar's note is linked here 👇

Given the lack of visibility & unknown exposures to Russian sanctions, the Fed would only be adding to the problems if they decided to shock markets with a 50 bps hike at tonight's meeting.

Which is why they'll probably go for the gradual, boring, predictable path.

Will the dollar sell off?

We've been looking at this with Macrodesiac Premium subscribers since January.

After the first rate hike, the dollar has tended to sell off. 👇

But it's a small sample size. And if the sh*t hits the fan, there's only one currency everyone wants...

Until the Saudis start selling all the oil in Chinese Yuan...

TL;DR there's a whole bunch of practical and economic reasons that limit the scope of the PetroYuan idea.

Then there are 'real-world' implications 👇

No idea if that's actually true, but I really want to believe it.

War fatigue has set in for markets. Time to build those golden bridges before things get worse...

The party ain't over just because QE ended. It's definitely changing though...