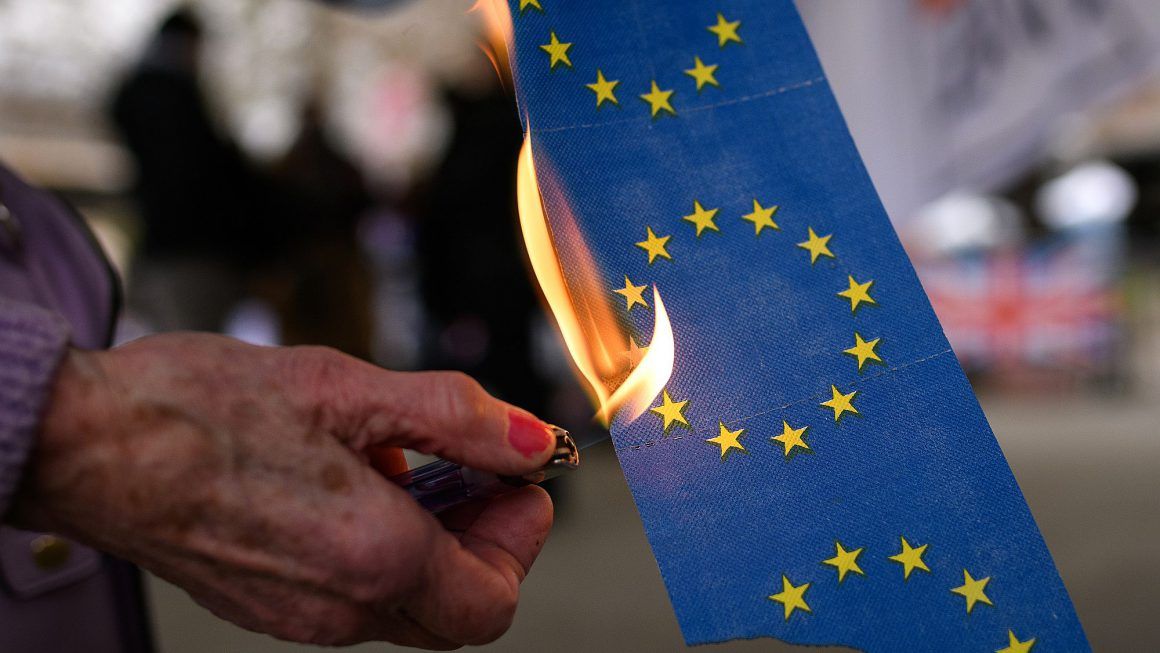 Why the EU Recovery Fund Will Fail - An Italian Perspective

It's massively insightful to get the perspective of an Italian citizen on the EU...

But from the perspective of outsiders.

Here's what Giovanni had to say...

Italians, of all people, should know that “Moar debt” is not either “problem solving” or growth.

Especially since they had Wolfgang Schauble tell them that a looong while back.

In Italy, I am being served daily with an helping of “we must not squander the opportunity of the Recovery Fund!”, usually accompanied by a side dish of “We must remain united!”.

And I am already sick of it.

True, both Europe and Italy need a growth jolt to recover from the COVID induced crisis.

But I am thoroughly convinced that even the DECLARED objectives of the Italian plans won't help, and moreover, I also find EU's preparatory work underwhelming.

But first, a small “sources and method” notes:

If you don't agree with the points above, especially no. 3, we're still friends, but you won't like the rest of the article very much.

Your last train stop before we depart, so all passengers are kindly asked to take their seat and all accompanying people are requested to disembark.

Doors will close in two minutes.

Ready? Off we go then.

The Recovery Fund and its attendant programmes have been a marketing triumph.

Apparently, the EU has discovered that yes, Virginia, you CAN buy now, pay later.

That's an explosively new little concept right there 2 . But that's already old news: the key part, according to enthusiasts, is that the money will be jointly funded, that some of it will be distributed as grants, and that there is a priority list that should lead these additional measure to add appreciably to growth.

“The amounts available under NGEU will be allocated to seven individual programmes:

That amount of money will have to follow the guidelines set at the EU level, as delineated here.

Bear in mind that while the stated goal of the funding part is to build a debt curve out to 2058, the EU has been rather coy about how to fund repayment of this common debt.

There have been some suggestions and ballons d'essai of diverse additional tax measures such as a “plastic tax” (by itself, quite an ironic concept, since to maximize chances of that income the EU should ENCOURAGE the use of the very material it's fighting against), a “Web tax” (ditto, given the emphasis on “digitalization”) plus sundry items.

How to spend it

Here, I am afraid, things got way out of hand.

Sadly, given previous commitments it was unavoidable.

You see, one of the premises which both EU authorities and the Central Bank have
accepted as gospel so far was that the 2008 Great Financial Crisis had induced a
DEMAND gap, requiring a robust dose of debt fueled deficit spending to recover, all salted in a low or negative interest rate brine.

Now that a REAL demand side crisis ensues, albeit induced by an extraordinary event, they have to charge uphill, like the light infantry at Balaclava.

A pity that among the numerous French personnel both at the EU and at the
ECB a Pierre Bosquet is nowhere to be found.

So, let's dissemble why the success chances of the measures encouraged in the Recovery Fund plan are in my opinion slim to none, and let's start at the beginning...

Defining what success is.

For ME, as an Italian and EU citizen, “success” would mean first and foremost getting the economy on an even keel and starting to see enough growth to make me confident that the REAL Doom Loop between “weak economy – debt increase – tax increase – weak economy” has stopped.

That means putting growth as THE priority and defining what outside parameters should act as boundaries.

Everything in a market economy is a trade-off, so a laundry list won't work, you have to set priorities.

I have a young son and daughter, my country has a huge debt/tax/pension problem, and barring enough growth to set that straight my rational gift to them is a cheque, an adequate luggage, and an aircraft ticket for whatever country they'll pick as final destination.

How do you change that?

Growth, however, traditionally has come either from demographics (unfavourable, since all else being equal younger generations would rationally leave and birth rates are low) or productivity growth.

And by “productivity growth” I intend to use the strict letter of my point
3 above, and that's where the European Authorities and I part ways.

First point where we go in opposite directions: in no way previously agreed upon
expenses are reconsidered, and in a sort of Popish plenary indulgence, whatever was decided before COVID has been declared holy and sacred. That of course should give a small GDP increase from the additional cork popping of Champagne in some quarters.

For example, the Strasbourg seat of EU parliament survived an official document recognizing it's a waste, and Its survival of the worst crisis since the Great Depression ensures that it will only go down if the whole ship sinks.

The same is happening in Italy, the last remaining sick man of the PIIGS, where a speech by Mario Draghi used the word “productivity” zero times, “environment” twice, and “young” seven times...

Saying that they will end up paying the debts incurred now.

Given that I am old enough to remember tragic Italian headlines when I was young and Italy passed EU muster with a 50 billion budget manoeuvre in 1992, when Debt/GDP was 100% while we are sailing past 160% now, let's say those words left me underwhelmed.

But the important part is that even Mr. Draghi let sleeping dogs lie by avoiding any overt reference to any rationalization of previous expenditures.

A second important point of divergence is that by stating clear goals for spending
earmarked for initiatives which do NOT increase productivity, like climate related spending, the EU has clearly signalled that the “common market” is acceptable to our leaders under the condition that it is not a market at all, in that if it doesn't turn out to produced the desired outcome they have to bend it to their will.

Another opportunity to quote a great author and a great play:

Lady Bracknell. [With a shiver, crossing to the sofa and sitting down.] I do not know whether there is anything peculiarly exciting in the air of this particular part of Hertfordshire, but the number of engagements that go on seems to me considerably above the proper average that statistics have laid down for our guidance.

But then, it's all one: the ECB praises the low interest rates as if they were due to anything else than their own relentless bond buying.

Mind you, having excised any sort of market discipline whatsoever, they seem to think that a gentle Central Bank reproach would suffice to induce sensible spending habits in government officials.

The third point is that having been reduced during the negotiating process, the Fund is on the small side... which is NOT why I think it will be ineffective.

In my view it would have been LESS effective had it been approved at four times the recommended size, because it represents simply the most recent version of all the “tax and spend” policies enacted mostly after 2008, all of which failed miserably, since none managed to take us OUT of QE.

And my personal litmus test of a successful monetary intervention is the same my
medic father had for surgeries: you can say the surgery was successful once the patient is home, outside medical supervision.

And not even Japan has reached the same positive rates it had before their monetary binge started, let alone other economies which have since embarked on the “Every day low rates” boat.

A few months of Quantitative Tightening have been enough to return Jay Powell to modern orthodoxy, and market reaction to a “we're not here to compress spreads” observation by Mme. Lagarde was even quicker in returning her to the fold.

What can possibly go wrong?

3 "It is magnificent, but it is not war: it is madness" https://en.wikipedia.org/wiki/Pierre_Bosquet

6 “The Importance of being Earnest”, Oscar Wilde

Covering the "new" stimulus bill, a Brexit breakthrough?, and the Australian property market.

Yesterday we dropped this article on you lovely people (premium only, but you're still lovely even if you're not premium