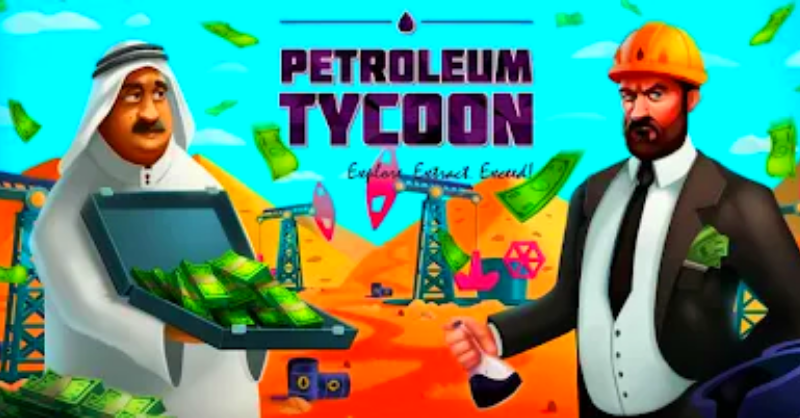 Unless you've been living under a rock, you'll already know that:

There's a lot going on. It's easy to blame Russia for high oil prices, but this has been a long time in the making. The blame can also be shared among shale over-production to bust, recession/Covid ESG/renewable/net zero/carbon targets and so on.

But that's all 'how we got here' when what we really want to know is 'where we're going'.

None of these three scenarios are mutually exclusive. If I was some kind of corporate boi, I'd draw you a Venn diagram, show you the overlapping points and expect you to magically understand. Like this:

We'll kick off with yesterday's speculation that OPEC would exempt Russia from its oil-production targets, which could 'potentially pave the way for Saudi Arabia & the UAE to pump significantly more crude'

'Potentially' is doing a lot of work in there. Nevertheless, the news did initially send Brent lower.

The eagle-eyed might spot the problem with this idea. If the OPEC+ producers ramp up their output because Russia can't hit production targets, where's the increase in overall supply?

And how much can OPEC members realistically increase output?

Even as the output limits are raised, OPEC production is still well below targets.

And there's another consideration too...

Is Russia's production actually decreasing by as much as it says...?

If you wanted your enemies to think their sanctions were working, you'd probably under-report production and expected production, right?

There's no way to know for sure if they will or not, but there are plenty of paths for Russian oil to get to market regardless.

In the wake of the invasion of Ukraine and sanctions from the U.S. and the European Union, traders are working to obscure the origins of Russian oil to keep it flowing. The oil is being concealed in blended refined products such as gasoline, diesel and chemicals.

Oil is also being transferred between ships at sea, a page out of the playbook used to buy and sell sanctioned Iranian and Venezuelan oil. The transfers are happening in the Mediterranean, off the coast of West Africa and the Black Sea, with oil then heading towards China, India and Western Europe, according to shipping companies.

It's not just about production. The high prices we pay at the pumps are largely due to a lack of refinery capacity 👇

The closure of 2.8mn barrels per day of refinery capacity in the last two years on the grounds that it was surplus to requirements during the coronavirus pandemic — and for environmental reasons — has left the oil processing sector struggling to meet demand during the current maintenance season.

Compounding the situation, China has restricted fuel exports at a time of record low inventories in certain parts of the world.

Crude remains well below its 2008 all-time high of $147.50 a barrel, but prices at the pump have hit unprecedented levels because consumers pay to cover the margins of refineries that process crude into fuel and the distributors and retailers that market them.

In any case, all of these factors are likely to keep oil firmly in the status quo range.

It'll take some serious demand destruction to move the needle below $100. That hasn't stopped Citi's Ed Morse from doubling down on his January call that oil will soon fall...

He told Bloomberg that the 'fair value of Brent futures is in the $70 range' and it's just a matter of time...

“That’s a big difference if you are pulling on a refining system that is under duress,” Morse said. “A world staring at a recession is not a world with robust demand growth for diesel.”

Alternatively, oil prices will keep going up until something breaks. International Energy Agency head Fatih Birol says it will be worse than the '70's and last longer.

"When the main holiday season starts in Europe and the U.S., fuel demand will rise. Then we could see shortages: for example with diesel, petrol or kerosene, particularly in Europe,"

"Back then it was just about oil,"

"Now we have an oil crisis, a gas crisis and an electricity crisis simultaneously."

It's hard to look past the bull case for oil (maybe not to $300 though, eh?!) until there's some real evidence of a global economic slowdown (rather than the 'slowing from high levels' we're seeing currently) or a dramatic increase in output and refining capacity, all of which are likely to take time.

Keep a close eye on any developments from the Saudis & UAE. There's some chatter about the "shuttle diplomacy" with the US that's been going on lately, and what they'll get in return.

Believe it when we see it...

And a recession doesn't really fix the oil problem. It just delays it. Who's going to invest significantly in the required extra capacity during a recession?

One last thing. If you insist on trading oil through this period, be careful.

Due to the volatility, margins have increased, which removes cash/liquidity from the market. 👇

Ironically, increasing margins leads to less liquidity in the market, which makes volatility more likely, but it's their prerogative as an exchange to protect against credit risk.

To the point, if you insist on trading oil, don't be surprised to see some sizeable slippage on a fast move, your stops might not get filled where you expect... 😲

🔔 The Secret Life Of Risk

Over to The Veteran today, with his thoughts on the relationships between risk, reward, and what we think we know that just ain't so...

We all love a good story. And markets are FULL of storytellers. How well do you understand stories and the rules of the game?