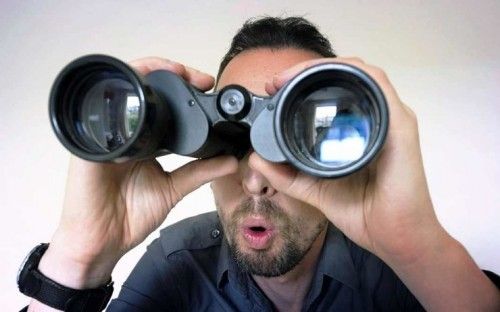 Main focus for the week ahead is on EURUSD.

We are definitely trading in the tails.

The speculative positioning increased again last week and we are now at 211k net long contracts.

This is already a record long position, and is approaching the overall record positioning extreme in shorts back in April 2015 (-226.6k contracts).

From a risk management perspective, I can still see a squeeze higher to hit the magical 1.20 figure, which sits just beyond the May 2018 high of 1.1996.

A strong daily or weekly close through 1.20 will have me asking serious questions about the timing of this trade.

Unless that happens, it's a case of patiently waiting and managing risk...

So, what data do we have from Europe this week to influence direction?

Monday we have preliminary inflation rates for Germany, Italy & Spain.

Tuesday we have the overall EZ inflation readings.

Higher inflation could limit scope for further policy stimulus, though in fact the consensus is for the annual rate of deflation to accelerate to 0.7%.

It's an important point.

If we see low inflation (or even deflation) and slowing activity, the ECB will be able to justify greater intervention and stimulus measures.

The PMI data will also offer some insights.

The headline numbers are far less important than the data contained within the reports.

With flash PMI data showing a marked slowdown in euro area growth momentum during August, next week’s PMI releases offer a deeper dive. Figures for Italy and Spain are likely to be closely eyed given the importance of ‘social contact’ industries such as tourism and eating out, whilst the end of the week will also offer a timely insight into European economic activity via detailed sector level PMI numbers.

Another sector firmly on the recovery path has been German industry. Factory orders in June rose sharply, up by some 37% on the month and, whilst still down some 6% on a year ago, recent PMI data have pointed to continued gains over the summer.
Expect next week’s official figures to therefore show further gains and keep hopes of a ‘v-shaped’ recovery alive.

The Eurozone unemployment rate for July will be released this week too.

Expectations are for a slight increase from 7.8% to 8%.

The German unemployment rate for August is expected to remain at 6.4%.

But is this just the calm before the storm?

The NY Times report that a "tsunami of job cuts is about to hit Europe".

...many of the jobs being subsidized are in industries facing potentially irreversible damage from the pandemic.

About nine million European workers, up to a fifth of those currently enrolled in the short-work programs, are in what the German bank Allianz has called “zombie jobs” — positions in the auto and airline industries, restaurants, shops and hotels and other sectors ill equipped to confront shifting consumer behavior. Many of these jobs are still on the books almost solely because of government subsidies, the bank said.

Adecco, Europe’s largest temporary employment agency, whose main business includes working with companies and labor unions to carry out restructuring plans, has been amping up its retraining.

“We see a huge wave of restructuring coming, especially in Germany, France and the United States,” said Christophe Catoir, Adecco’s president for France and Northern Europe. “In September, October and November we will probably register an additional one million unemployed in France alone — not just people in short-term work, but high-skilled people.”

Yet there are opportunities, he said. Engineers will be laid off at Airbus, which is cutting 15,000 jobs in Europe. But job vacancies currently abound for industrial and technical engineers, as well as in the pharmaceutical and agro-food industry, Mr. Catoir said.

“Creating a mobility of skills will be the basis of a rebound,” he said. “Without it you will have continued unemployment.”

Amongst the ECB speeches this week, one stands out.

On Tuesday, Philip Lane participates in a panel on "International Currencies and the Monetary and Financial System" as part of the Central Bank Research Association (CEBRA) virtual annual meeting.

It will probably just be waffle, but worth monitoring.

We will hear from 7 (SEVEN) Fed members in total;

Clarida & Brainard (two of the most respected Fed members) will be most closely watched for their insights on the Fed's new framework.

They are all keen to get their message out ahead of the September pre-FOMC blackout period.

From midnight Friday it's radio silence.

On the data front, Friday's NFP is projected to show the unemployment rate back below 10%, with around 1.4 million jobs added/recovered last month.

There are also various GDP releases, but these provide zero insight to the future in the circumstances and should be ignored.

Apple's stock split takes effect this week. together with the re-jig of the DJIA.

Apple's weighting within the index will fall from nearly 12% to just under 3%.

Raytheon, Exxon & Pfizer are out.

Salesforce, Amgen & Honeywell are in.

There have been plenty of terible posts on twitter about this...

Without Apple, the DoW iS gOiNg To CrAsH

It is worth keeping an eye on however.

With these changes, the Dow is now further skewed towards Value stocks.

This means there may be a greater deviation between Nasdaq & DJIA going forward.

Couple of UK stories on the radar;

U.K. Treasury officials are pushing for significant tax rises to raise at least 20 billion pounds ($27 billion) a year and plug the swelling budget deficit, according to news reports, a move that would hit the voters who’ve traditionally formed the backbone of the Conservative Party.

Measures to raise taxes on capital gains and company earnings will form the centerpiece of Chancellor of the Exchequer Rishi Sunak’s budget in November, the Times reported. The corporation rate could rise to 24% from 19%.

According to the Telegraph, the moves are largely being resisted by Boris Johnson’s office, suggesting another headache for the prime minister as parliament returns this week from its summer recess.

I view this as unlikely, but worth keeping on the radar nonetheless.

Implementing tax hikes would amount to political and economic suicide all at once.

The EU is demanding Britain continue to accept rules that prevent the government from subsidising British companies at the expense of EU rivals, even once the transition period ends on December 31.

A senior Conservative familiar with the discussions said Frost and others had privately discussed whether to soften the UK’s line on state aid, but Boris Johnson concluded that they should not do so.

“Frost has made clear to Barnier that as things stand he would have to recommend to Boris that we go for no deal. There has been a discussion about whether or not to compromise on state aid, and Boris said no.”

Informal talks are due to resume this week before the next formal negotiating round next week. On both sides, no deal is regarded as much more likely than it was a month ago. EU officials no longer think an agreement is likely to be struck before the European Council meeting on October 15-16. They are informally discussing whether there should be a separate Brexit leaders’ summit, or whether a “legal vehicle” could be devised to extend talks past December 31.

Johnson is unlikely to accept any delay to the UK’s departure, but such a move could be dressed up as implementing a deal that was agreed late this year.

A government spokesman said: “After the transition period, the UK will have its own regime of subsidy control and will not be subject to the EU’s state aid regime. The government will set out further detail of our domestic regime in due course.”

The story itself is nothing new, but is worth highlighting as a key sticking point to overcome if an agreement is to be reached.

The Brexit chatter will be ramping up over the next six weeks.

Monday is a UK Bank Holiday, but still plenty of data on the schedule.

The European inflation data and Clarida speech the highlights, with China's PMI data expected to show a very slight improvement.

I will post about the remaining risk/calendar events each day in advance through the week.

Catch you in the morning!

Buffett has taken 5% stakes in five Japanese companies that are "heavily involved in the real economy"...