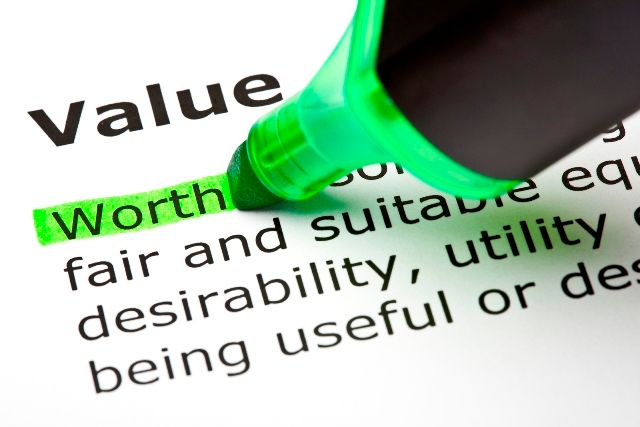 Value investors will point to Warren Buffets Berkshire Hathaway (and the $525 billion market cap) to refute that suggestion, but there is little doubt that value investing has fallen out of favour with large sections of the investment community.

Many prefer to park their money in growth stocks which they see, not without some justification, as the future of investing and the global economy.

That discussion isn’t likely to die down any time soon.

What isn’t up for debate is the significant outperformance that growth has achieved against value during the last five years.

The chart above shows the S&P US value iShares Core ETF in black against its growth counterpart drawn in red. The growth ETF has a threefold higher return than that of its value tracking counterpart - much of that outperformance has been delivered in 2020 though the roots of this divergence can be traced back to early 2018.

So what exactly has been going on here?

To begin to answer that question we should examine exactly what value and growth are.

They are investment styles or factors that are defined as quantifiable characteristics within securities that can explain the differences in performance between groups of stocks.

Academics first identified and began to explore factor investing back in 1976 when Stephen A. Ross published his Arbitrage Pricing Theory which suggested that

“The expected return of a financial asset can be modelled as a linear function of various factors or theoretical market indices, where sensitivity to changes in each factor is represented by a factor-specific beta coefficient.”

By extension, if we could identify and categorise these factors (and the stocks and other securities that were sensitive to them) then we could build portfolios to take advantage of those sensitivities, or factor betas.

Over the next couple of decades, work was done to isolate these factors, all of which culminated in the publication of a paper by Eugene F. Fama and Kenneth B. French showing that there was a premium attached to the performance of value stocks when compared to their growth counterparts.

In the same year, Sheridan Titman and Narasimhan Jegadeesh identified the momentum factor and demonstrated that premium could be attached to this factor or style.

The modern list of factors includes size, momentum, quality, value, growth and low volatility. More may be added to this list in future.

Typically this would be an established business and often a well-known brand name whose market penetration we might think of as mature, i.e. not growing at any great pace if at all.

Such companies can be overlooked by the markets which are often only interested in the next big thing and because of this tendency the valuation of this established business can slip.

Value investors look for opportunities when they see a valuation that has fallen below and intrinsic value.

The most obvious of these would be if the company’s market value had fallen below the cash it had in the bank or if it was lower than the value of the assets that it owned.

Ratios such as price to cash and price to book value are used to identify these type of situations.

Investors must then decide if that lowly valuation is appropriate.

For example, as I write JP Morgan and Bank of America are valued at price to book ratios of 1.49 and 0.99 times respectively and price to cash ratios of 0.26 times.

Are those ratios appropriate?

Yesterday’s news on the success of Pfizer’s covid vaccine trials could soon test the current valuations, and we will see if they are part of a wider rotation out of growth and into value.

It was an incredible day in the markets yesterday. We saw a large rotation into small caps, and the Russell

The rotation continued today, albeit with less enthusiasm. With large logistical hurdles, a sceptical population and lockdowns increasing, is it