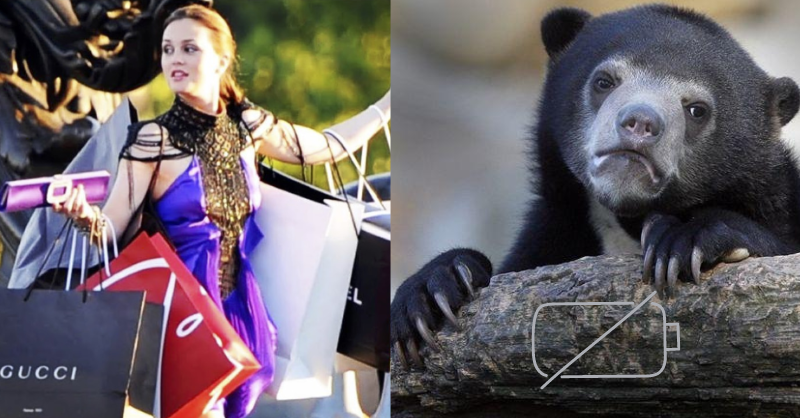 🔔 Too Much And Not Enough

It wasn't just toys, but if anything will get parents to panic it's the prospect of their child crying on Christmas Day because they didn't get the toy they wanted...

Fast forward nine months and here we are...

Retailers like Target panicked and way over-stocked which leads to this ... 👇

Which then leads to this...

"Target is doing the right thing in acting aggressively to clear out excess inventory by taking the margin hit now.
This will allow them to be better positioned ahead of the two most important retail selling seasons, back-to-school and holiday,"
"This should be a short-term problem."

This isn't a new theme. We touched on it last month too 👇

"Excess inventory has been a theme among retail stocks, and with consumption & spending shifting more towards services, it may take longer than expected to work through, which means lower demand for Chinese exports in the near-term."

Everyone's focused on China's reopening and positive vibes, but just outside the glare of the spotlight a very different picture is emerging... 👇

The new fund is likely to be similar in size to the 12 trillion yen ($92 billion at current rates) bank bailout fund established by Japan after its late-1990s financial crisis.

It is also reminiscent of the $700 billion Troubled Asset Relief Program set up by the U.S. in the wake of the 2008 global financial crisis to rescue banks and other distressed companies.

Beijing aims to bring the total to the equivalent of tens of billions of dollars to upwards of $100 billion by September.

Amazing that the story hasn't had more coverage.

And it'll be hard to shift that spending back to goods until the second half of the year.

The "Vacation-at-any-Price" Summer Is Coming

Samuel Rines came up with the name. I like it. People are READY to travel. Which means more spending on hotels, AirBnB's and restaurants...

Even if that means putting it on the card. 👇

The Great Fertilizer Shortage Of March 2022

This panic didn't last, especially for Nitrogen which has fallen back to the prior levels. 👇

A glut of fertilizers at the biggest Brazilian ports signals that the price of the nutrients may have to drop further before farmers start buying.

In Paranagua, private warehouses reached their maximum storage capacity of 3.5 million tons, according to Luiz Teixeira da Silva, Paranagua’s operations director.
A terminal operated by VLI Logistics, one of the two at Santos port that store fertilizers, is also full, according to people with knowledge of the matter who asked not to be named as the information isn’t public.

Prices are falling, albeit still trading at a premium to the pre-war levels.

Maybe prices settle at a higher rate as MS say. But it's not a shortage if it's stacked up in Brazilian ports!

Last week, he was worried about the summer when talking to Spiegel 👇

"When the main holiday season starts in Europe and the U.S., fuel demand will rise. Then we could see shortages: for example with diesel, petrol or kerosene, particularly in Europe,"

Birol also warned that the current energy crisis was "much bigger" than the oil shocks of the 1970s and that it would also last longer, according to the report.

"Back then it was just about oil," Birol told Spiegel. "Now we have an oil crisis, a gas crisis and an electricity crisis simultaneously."

“If we have a harsh winter and a long winter and if we do not take [demand side measures] . . . I wouldn’t exclude the rationing of natural gas in Europe, starting from the large industry facilities,”

And there might even be rolling blackouts in America this summer...

A picture of 'not enough' that doesn't look like resolving on the supply side any time soon.

If there's one thing worth worrying about, it's this. We're a long way from Goldilocks...

Thursday's ECB meeting will set the stage for hikes in July & September. Fragmentation risks will need to be addressed if they want to go faster...

🔔 The Many Layers Of Supply & Demand