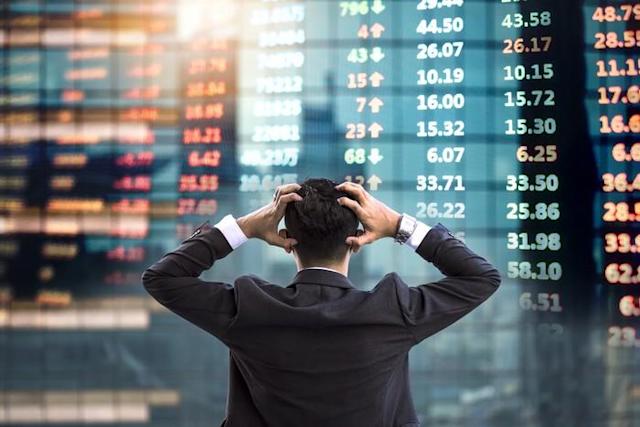 🔔 There Are No Answers: Stop Looking

Right, this is going to start off a bit negative, maybe even ranting, but it will finish on a positive. Promise!

One of the most consistent trends in markets is the path of inexperienced traders.

Generally, once they've been beaten and battered by the markets for a while, they'll start to question the value of that technical analysis course, and look to expand their fundamental knowledge... 👇

Most have zero clue how the economy or financial markets work. They've never taken a degree in economics. Never paid much attention to interest rates, who the top oil producers are, or how GDP is calculated.

And why would they?! Have you read those textbooks? 🥱

Try and start a conversation over the latest GDP growth at any social event and see how long it takes for the other person to make their excuses and leave...

Economics is dry and boring. Yet people often gravitate towards 'macro' because they're looking for answers.

"If I can just understand the economic data releases, I'll know what's going on and make better trading decisions"

Understanding economic data releases is definitely a step in the right direction, but will it be enough?

It's pretty unlikely. The honest truth is...

Nope. 'Macro' isn't just some course you can take and complete.
Unless you're this guy...

What even is 'macro' anyway?

Macro is a commitment to constant curiosity
~Me, Today

Errr, isn't it the the study of macroeconomics?

You know, the branch of economics dealing with performance, structure, behavior, and decision-making of an economy as a whole. For example, using interest rates, taxes, and government spending to regulate an economy’s growth and stability. Covering regional, national, and global economies.

Yes, that's definitely part of it.

FFS. What else could there be? Political economics too?

You know, the study of production and trade and their relations with law, custom and government; and with the distribution of national income and wealth.

Yes. That too. It's the study of EVERYTHING.

This [modified] definition from vocabulary.com is perfect 👇

Anything macro is enlarged or on a very large scale.
A macro perspective is one that stands back and takes in the entirety of experience, rather than [as well as] examining smaller details up close.

The usual reaction to this?

"If it was easy, it wouldn't pay so well"
~Brent Donnelly, Alpha Trader

So far, so negative, right? Time for some positivity.

The Pareto principle states that for many outcomes, roughly 80% of consequences come from 20% of causes.
Also known as the 80/20 rule, the law of the vital few, or the principle of factor sparsity.

The most obvious example is the relationship between monetary policy and the stock markets.

There's no evidence that money supply growth is a direct contributor. Although, if you understand QE and monetary easing, you know that the entire point is to lower interest rates and push investors into riskier assets.

Usually, stocks benefit from easier monetary policy. That's the 80%.
The other 20% is understanding the difference between 'normal' QE (which takes place in the 'shadows' of the monetary/banking system) vs direct fiscal transfers to the public. Or the relationships between the central bank and the treasury. And so on...

Maybe 80/20 isn't exactly the right proportion but it's easy to remember and highlights the point so we're sticking with it.

Now, the key takeaway isn't that you can just learn some basic principles and then 'know' 80% of all there is to know.

The key takeaway is that certain things have an outsized impact and focusing on those FIRST (instead of minute details or imminent crash!! predictoooors) will be a turbo boost to your learning curve.

It'll likely feel like more of a cycle than a curve. As you learn more things, previous assumptions are questioned so it will feel like starting all over again sometimes.

And it is. But just like an actual puzzle, once you've got the borders and some structure defined, it's far easier to place the remaining pieces.

Perhaps the biggest trap with macro is thinking that now you have knowledge you can consistently predict the future.

If you can just learn macro and predict the future, someone should tell the global macro funds that got rolled by the Bank of England in October last year... 👇

OK, you were promised a positive ending!

After some months of paying attention to the funnymentals, you'll generally notice a change in the way you think.

You'll realise that no-one else has a clue what's going to happen next either...

That upside triangle break that would have looked outright bullish in the old days... It looks a bit suspicious. It's going against the prevailing trend, and the Fed are still planning to hike.

Maybe there's something you missed, but this looks like a great opportunity to fade it, the odds don't seem to favour a move higher...

This shift towards probabilistic thinking (instead of deterministic thinking) is a near inevitable consequence of constantly questioning what you think you know (which isn't always fun tbfh).

It happens gradually, and leads to more of a scenario-planning approach rather than 'predicting the future'.

This is a good read on Bayes theorem. Ignore the title. 👇

After you’ve been steeped in Bayes’ rule for a little while, it starts to produce some fundamental changes to your thinking.

For example, you become much more aware that your beliefs are grayscale. They’re not black and white and that you have levels of confidence in your beliefs about how the world works that are less than 100 percent but greater than zero percent.

Even more importantly as you go through the world and encounter new ideas and new evidence, that level of confidence fluctuates, as you encounter evidence for and against your beliefs.

Like everything else, Bayes thinking has shortcomings. Especially for trading/investing when you don't just need to consider what could happen, but also:

But it's certainly a step in the right direction. If all of that sounds really uncertain... Good. That's the point. Certainty's an illusion anyway.

Even though you might think you want certainty and safety, you don't. It's boring. As soon as you've got it, you'll want something else.

Embrace the uncertainty. It's the fuel of progress and improvement.

From Trudeau's overreach to China's trade deal, trust is in short supply. It's also the currency of a prosperous society and free trade...

Why do credit spreads matter?

Over the last few weeks, we've seen a tonne of different narratives pop up... Russia vs Ukraine (no not a European friendly, very much a European UN-friendly)... The Fed, fedding...