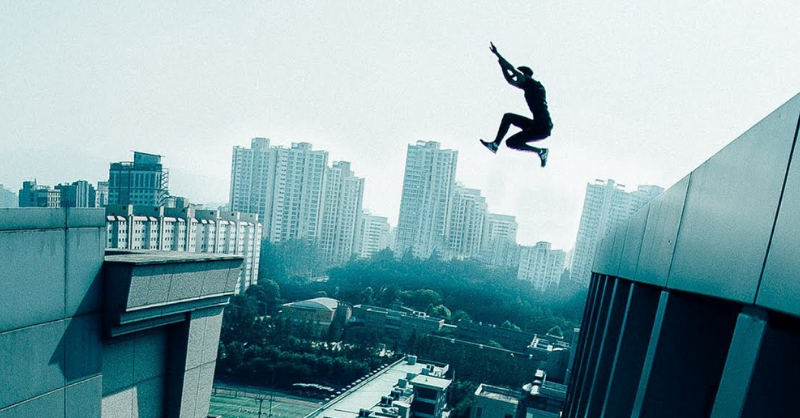 🔔 The Secret Life Of Risk

Over to The Veteran today, with his thoughts on the relationships between risk, reward, and what we think we know that just ain't so...

Trading and risk are interlinked or entwined to the extent that you can’t have one without the other. Risk and reward are often said to be two sides of the same coin. The role of the trader is to manage these opposing forces by minimising risk, whilst at the same time maximising reward.

Risk and reward move in ratio to each other. As the level of one rises then so does the value of the other, or at least it should. There should always be a “symmetrical relationship” between the two variables, or if you prefer, they should mirror each other.

So that if, as a trader, you take a greater risk then you should receive a greater reward for incurring that risk, or at least that is the theory, but as usual, it is one that doesn’t always work in practice.

The perception of risk surrounding crypto staking was an excellent, recent example. 👇

A breakdown in the relationship

The relationship between risk and reward can break down for several reasons, though the most common reason for failure, would be our inability as traders to assess the risk of any potential trade accurately.

Calculating the risk in a trade should go beyond the simple math of trade size times distance to stop loss in pips. Yes, of course, that quantifies our theoretical loss in the same way that the difference between our entry and take profit levels multiplied by our trade size determines our theoretical reward.

But neither of these calculations says anything about what the drivers of, or influences on price action will be, and what reasons we have for expecting them to exert an influence during the lifetime of our trade.

If you can’t identify those drivers and influences and the catalysts for change then really you aren’t planning a trade, you are just punting and incurring an indeterminate amount of unknown risk as you do so.

Effectively you are just waving around in the dark and trusting chance. In situations like this ignorance is not bliss! Instead, it’s a recipe for disaster and a sure-fire way to blow up your trading account.

In these circumstances, we end up with an asymmetric or one-sided relationship between risk and reward. There is no mirror image because there is no valid expectation of a reward when risks are so stacked against you.

Even if we have got a handle on exactly what the drivers and catalysts for price change are in a trade. We haven’t eliminated all of the risks in a trade, and that’s because of two factors.

Firstly, known unknowns: these are things we know we don’t know or can’t be certain of. For example, we might like to trade on the long side in a particular currency pair or equity index but we can’t know if there is large sell order just around the corner that will completely invalidate our idea and our position.

All we can do is make a judgement to the best of our abilities using the evidence available to us. Often this will take the form of technical analysis or reliance on a market relationship that has been shown to work in the past, for example, a strong US dollar is usually negative for commodity prices or vice versa.

On top of that, we must contend with unknown unknowns: these are risks that we are not even aware of, that we don’t even know exist. In fact, that last statement is not quite correct we are aware that they are out there, but we don’t know what they are.

Risk from the top down

It all boils down to probabilities and distributions.

Or at least it does if we consider the markets from the top down.

At this scale and vantage point, there are expected outcomes and returns from courses of action or investments into certain asset classes or markets.

Those expected outcomes are based on what has happened before and the laws of statistics. This basically tells us that 95% of all outcomes will fall within two standard deviations from the mean or midpoint within the set of outcomes.

That can be true of heights and weights within a population, and the number of migrating birds that return to a specific nesting site. Or the frequency that a group of stars emits light at. In fact, any large sample seems to obey the standard distribution and forms a bell curve such as the one below.

However, it transpires that not everything obeys these standard laws.

One of those things is the distribution of outcomes within financial markets.

They have a vastly different profile to the bell curve above. The curve that they make is flatter than the traditional bell curve and the ends of the curve “kick-up” to form what are known as fat tails.

Those fat tails are the kind of events that cause market crashes, they are statistically improbable and are meant to occur once every million years or more.

And yet they do occur and over the last decade those kinds of events have cropped up with alarming regularity, often enough to mean that we can’t ignore them when we trade.

Because if we do and one of these events occurs, we can be pretty certain that our account will be wiped out if we are over-trading on leverage.

That is why as traders we need to hope for the best outcome but plan for the worst. Managing our risk and our exposure sizing trades properly, limiting the amount of capital we commit to the market, respecting leverage, relative to our account size, and avoiding or at least being very aware of correlated trades etc.

If we always take this disciplined and systematic approach to risk, then we should be able to weather the storms when they inevitably appear.

If easy money leads to bull markets... And economic fears and social unrest lead to easy money... Are you thinking what we're thinking?

Production targets aren't being hit. IEA's Birol says it'll be worse than the '70s. Oil to $300 if history rhymes...?