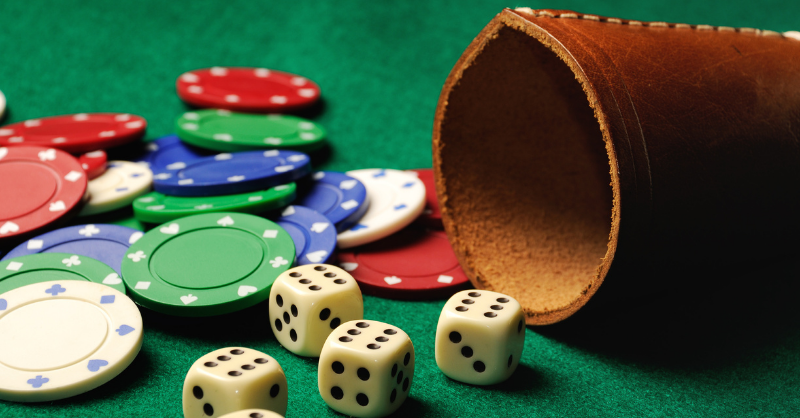 🔔 The Role Of Luck In Markets

I've always been fascinated by the role that beliefs play in market returns.
The belief in things getting better, things getting worse, why the winners win, why the losers lose and everything in between.

There's an absolute cacophony of voices forecasting and predicting the future every day. Get it right and you're a guru who saw it coming, get it wrong and surprisingly few people care.

One thing that perhaps isn't discussed enough is the role of luck.

Probably because it's impossible to quantify and far too superficial to market any kind of investing strategy around. 👇

And if you talk about getting lucky too much, people might think you're a bit dumb.

Fortunately, I don't have ANY hangups about that so let's take two contrasting arguments and explore the role of luck.

Argument 1: It doesn't matter what you do or how intelligent you are, everything is decided by randomness 👇

What factors, then, determine how individuals become wealthy?
Could it be that chance plays a bigger role than anybody expected? And how can these factors, whatever they are, be exploited to make the world a better and fairer place?

Today we get an answer thanks to the work of Alessandro Pluchino at the University of Catania in Italy and a couple of colleagues. These guys have created a computer model of human talent and the way people use it to exploit opportunities in life. The model allows the team to study the role of chance in this process.

The results are something of an eye-opener. Their simulations accurately reproduce the wealth distribution in the real world.
But the wealthiest individuals are not the most talented (although they must have a certain level of talent).
They are the luckiest.
And this has significant implications for the way societies can optimize the returns they get for investments in everything from business to science.

In my head, that conclusion is soooo nihilistic, sooooo intuitively wrong: It doesn't matter what you do, you might just be unlucky. 🤮

I'm not even sure that the distribution of financial wealth is the best way to measure 'success'.

Take Bill Gates as an example. Microsoft's innovations have undoubtedly changed the world for the better. Through this lens, can we argue that he has increased societal 'wealth'?

If we drop the obsession with money and 'fairness', and consider the intangible benefits that some of today's tech titans have provided to the world, society is definitely 'wealthier'.

Bill Gates is massively wealthy, although it's worth remembering that much of that wealth is tied to the continued success of Microsoft.

Did Bill Gates just get lucky?

Well, he was definitely fortunate in early life:

Bill Gates was a child that was easily bored by his studies, so in seventh grade, Gates was taken out of public school and sent to a private school called Lakeside that catered to Seattle’s elite families.

Half a year later, they started a computer club. This computer club was funded heavily by the Mothers’ Club, starting the club off with a fund of three thousand dollars. “This was an amazing thing because this was 1968,” Gates said.

Most colleges didn’t even have computer clubs, let alone the computer that the Mothers’ Club bought for the Lakeside computer club. This wasn’t just any ole’ computer, this was an ASR-33 Teletype which was a time-sharing terminal with a direct link to a mainframe computer in downtown Seattle.

An incredible opportunity that Gates harvested and turned into one of the most valuable companies in the world.
Did he really just get lucky for the next 45 years...?

2: People make their own good and bad luck

I have a lot more sympathy for this view. The idea that luck plays a role in providing opportunity, but our attitudes shape the outcomes...

Here's an excerpt from 'The Luck Factor' by Richard Wiseman:

I carried out a very simple experiment to discover whether this was due to differences in their ability to spot such opportunities.

Why? Because the second page of the newspaper contained the message “Stop counting – There are 43 photographs in this newspaper.”

Just for fun, I placed a second large message half way through the newspaper. This one announced:

“Stop counting, tell the experimenter you have seen this and win $250.” Again, the unlucky people missed the opportunity because they were still too busy looking for photographs.

An excellent anecdote to highlight how openness to opportunity is a factor in outcomes.

Another of Wiseman's experiments is more relevant to trading 👇

Personality tests revealed that unlucky people are generally much more tense and anxious than lucky people, and research has shown that anxiety disrupts people’s ability to notice the unexpected.

In one experiment, people were asked to watch a moving dot in the centre of a computer screen. Without warning, large dots would occasionally be flashed at the edges of the screen. Nearly all participants noticed these large dots.

The experiment was then repeated with a second group of people, who were offered a large financial reward for accurately watching the centre dot.

This time, people were far more anxious about the whole situation.
They became very focused on the centre dot and over a third of them missed the large dots when they appeared on the screen.

So there's already a financial pressure. Imagine adding more by entertaining the idea that the market is somehow out to get you, broker's hunting your stops, you're over-leveraged, and you're not as smart as other traders.

With a run of losing trades it's easy to fall into a pit of despair and believe that the market has turned against you. How could anyone win under these circumstances?

Once you wade through that bullshit and recognise that markets offer an abundance of opportunity and the hardest thing is choosing which opportunity to pursue, wouldn't you expect better results (and less anxiety)?

Traders might not remember their early days, but most come into the game expecting 'easy money'. Many actually get it early on: Beginner's luck is a known phenomenon. It might be confirmation/survivorship bias. Either way, it doesn't last.

Beginner's luck is thought to end once a player gets involved with a game, and the "innocent" psychological mindset is replaced by one that is concerned with the nuances of the game.

Think about that quote for a second.

In any case, how can a trader believe in luck when everyone knows trading is a game of probability?

When it's all said and done, you've gotta ask yourself one question...

What I also hate is the term 'Macro Fireworks/Macro Musing/Macro Thesis/Macro Outlook.' Quite frankly, these terms are bollocks, since most of the pieces that are written on this come from a perspective that a New Year is going to ridiculously change things.