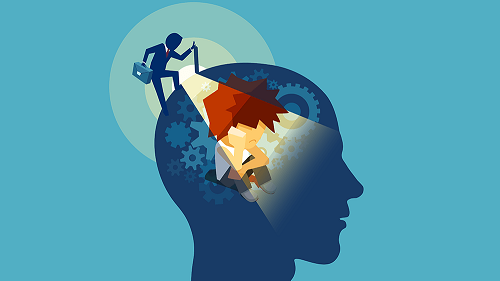 “The reason for the split is it makes our shares more accessible,”

Bloomberg reports that the tech giants are aiming to entice the numerous small investors who have flocked to the stock market during the pandemic.

See, these poor retail investors can't afford to buy a single share at $2,700+, so the shares need to be cheaper for them to participate otherwise they'll miss out...

In a logical, rational world none of that makes sense.

And back in the pandemic heyday, retail investors had no problems jumping on Robinhood to buy and sell their fractional shares (and/or options).

Is it purely psychological?

If Mom & Pop 🤢 (hate that term) have $2,000 laying around to invest, do they really look at Google's share price(s) and think they can't afford to buy One Google because it's too expensive?

The 'customer' shopping for some shares sees $2,700 per share and instinctively thinks one of a few things:

With the stock split, Google would trade around $138 per share.

The only question is if they buy 14 or grab another $70 from elsewhere and round up to a nice, even 15 shares of Google.

Financially, nothing has changed. The monetary value of those 14.49 shares is the same as the 0.74% fraction of the single share.

While a cap-weighted index derives its performance from the movement of the underlying holdings multiplied by their respective allocations as determined by market cap, the Dow Jones Industrial Average is a price-weighted index, which simply means that stocks with the highest share price receive the greatest weighting in the index.

High-priced companies can't get into the DJIA because of this price-weighting mechanism. Simply, the high stock prices would overwhelm the entire index.

Now the speculation surrounding Amazon will pick up. If Google and Amazon were incorporated into the Dow, tech would even dominate the Boomer Index. Millennial Takeover complete.

One of the major plus points for Google has been the increase in cloud business. This is definitely an area to monitor across all of the tech firms.

Growth in cloud computing, servers and everything related is being closely scrutinised. As the world becomes more virtual this trend is expected to continue.

Microsoft's Azure prospects were a key driver of the volatile trading seen post-earnings. Initially the price spiked lower amid disappointment before recovering those gains after reassurances on the earnings call and opening higher the following day.

Amazon report earnings tomorrow. While AWS is a smaller percentage of total revenues, it's a higher margin area of the business.

There's even speculation that an Amazon Prime price increase is on the cards. Strong growth in web services and the prospect of higher Prime revenues would surely be well-recieved by the market.

Beware 'data-driven' central banks and anyone forecasting the future with a high degree of confidence...

🔔 Bank Of England Hikes But "Don't Get Carried Away"