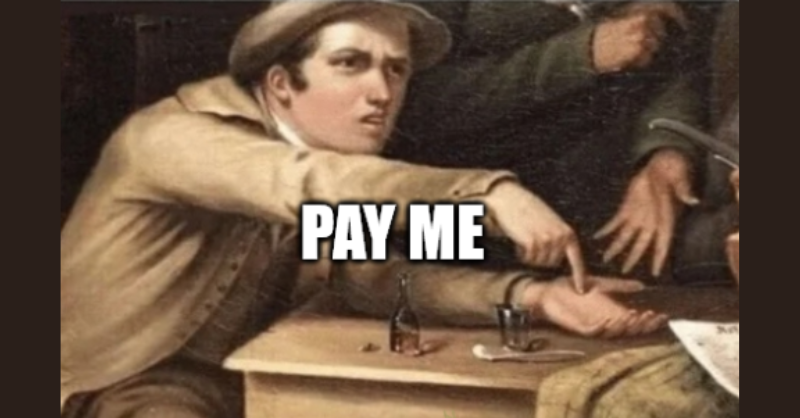 Let's face it. Buybacks have a bad reputation. Ask most people and it's yet another example of the evil corporate capitalists and their boundless greed. Listen, that's a fair criticism sometimes. But the FT says we should stop bashing them 👇

Often, I'd skip past a story like this. Probably just some partisan nonsense after the 1% buyback tax was passed. But it's written by Michael Mauboussin and he's not one for half-thoughts and hot takes. So what's the deal?

First up, the demonisation of buybacks is nothing new. Cliff Asness & AQR colleagues published the wonderfully titled Buyback Derangement Syndrome paper back in 2018, responding to a few years of criticism.
The intro is comprehensive 👇

Over the last few years there has been a lot of press, pundit, and political attention paid to share repurchases, much of it critical. Most repurchase critics assert that share repurchases are at historical highs, and that dollars spent repurchasing shares would otherwise be directed towards profitable investment.

Some also credit recent stock market gains to the “sugar high” of share repurchases. We show that most of these criticisms are without merit (at least merit that can be demonstrated), sometimes glaringly so.

Aggregate share repurchase activity has not been at historical highs when measured properly, and when netted against debt issuance is almost a non-event, does not mechanically create earnings (EPS) growth, does not stifle aggregate investment activity, and has not been the primary cause for recent stock market strength. These myths should be discarded.

The paper's not too deep or nerdy, and also includes a line that can be applied to a lot more than just share buybacks 👇

In fact, the true impact of share repurchases is difficult to estimate, and any estimate requires far more nuanced analysis than has been offered

Frustrating just how many things that statement describes: Difficult to estimate, nuanced, annoying. Especially when that side of the brain is screaming JUST GIVE ME THE ANSWER!...

Anyway, back to Michael's argument:

The tax itself can be considered more of a pest than a problem, but the rationale for targeting buybacks displays a profound lack of understanding of how they work and their role in a healthy economy.

If there's on thing we can all agree on, it's governments not understanding how anything works. Like price caps on Russian oil.

Still, buybacks are a more tax efficient way to return cash to shareholders than dividends. Especially if they'd just take that dividend and reinvest it back into the business anyway.

TL;DR It's massively inefficient to take cash out of the business, give it to shareholders so they can pay taxes on it, only to then reinvest it right back into the business.

In that respect, buybacks are definitely best...

Let’s look at common buyback myths and what the research, rather than the rhetoric, says about them. Companies in the S&P 500, a leading index that encompasses approximately 80 per cent of the US stock market, paid dividends of $511bn and bought back $882bn of stock in 2021. Buybacks net of equity issuance were lower.

The first myth is that companies use funds to buy back stock rather than to invest in their businesses. This argument is based on a decline in tangible investments such as capital expenditures, measured as a percentage of corporate sales, and neglects a sharp rise in intangible investments, including R&D.

This is a touchier subject and the main argument you see against buybacks. It's taking capital from the business that could have been productively spent elsewhere. In the old days, those things were tangible, like factories and machines.

Now it's intangibles... Missing the rise of the intangibles led analysts to doubt Amazon's continued growth potential in 2017... 👇

Egg on their face. But how do you measure intangible things? How much is real value and how much is labelled intangible for the lack of anything else to explain it? More importantly, could that capital really be put to better work elsewhere in the business? 👇

When all investments are considered, there is little evidence that companies are starving their businesses in order to buy back shares. An essential role of an efficient economic system is the reallocation of capital away from businesses with limited prospects to those with more potential.

Buybacks facilitate this process, and nearly all of the proceeds are reinvested in the shares of other companies.

There's plenty of nuance here, and it's clear that each company will be an individual case. Take Uber for example. If it wasn't for these failing investments they might actually turn a profit 👇

Now, Uber haven't been buying back stock in the billions, but the point still stands. Should they be investing in other companies when they're not even profitable themselves?

Debt-fuelled buybacks (because low interest rates distort the incentives?) is another factor to consider.

Perhaps buybacks are a symptom of a low-interest rate world, rather than a phenomenon in their own right. Either way, not all buybacks are the same and it pays to consider the individual cases.

The entire argument is about where the capital is being allocated, and if it would be better spent elsewhere. That same logic applies to analysing the business decisions irrespective of buybacks. They're just a small part of the picture...

Two jobs for every unemployed person in America? And two jobs for some of the employed ones too? "Well that's what the data says"