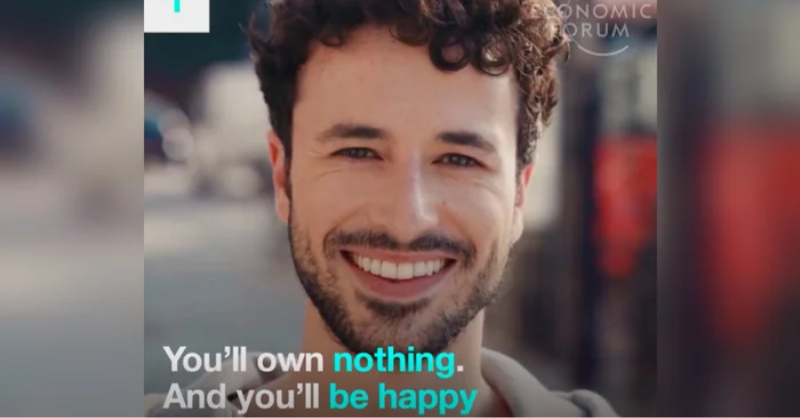 🔔 The New Economy: For Better Or Worse

'Make society work by averaging down' sounds like the campaign slogan for the politician that just lost the election. But it's exactly what The Veteran pondered yesterday 👇

... perhaps what we need to embrace is the concept of averaging down to create an economy and society where everyone has what they need rather than what they crave?

Clearly, there are some 'branding issues' with the idea of averaging down.

And that's what we're going to dig into... Starting with the elephant in the room.

Every possible association with the phrase implies 'things getting worse', settling for less, and generally being worse off. It's a tough sell.

We all like the things we crave. That's why we crave them. And most developed societies have the basic things we need (food, energy, shelter).
It's the stuff further up the hierarchy we struggle with. 👇

The paradox of our current democratic-capitalist system is that innumerable benefits have been delivered at the bottom of the 'needs' pyramid, while there have been tradeoffs for things further up the hierarchy.

Fundamentally, delivering on this is the biggest, most observable benefit of capitalism over communism. Mass famines and death have been a feature of communist regimes. Despite it's flaws, capitalism delivers on the basics.

And things are generally getting better. Over time, humans have been able to massively reduce the scale and impact of the worst outcomes. 👇

Step-by-step, year-by-year, the world is improving. Not on every single measure every single year, but as a rule. Though the world faces huge challenges, we have made tremendous progress.

And even though pretty much everyone has a constant sense that there's something deeply wrong with the world, that feeling's not new or unique to our generation.

"There is something wrong with our world, something fundamentally and basically wrong"
Martin Luther King Jr: Rediscovering Lost Values (1954)

There will ALWAYS be something wrong with the world. As soon as we solve one problem a new one begins (followed by a new solution) 👇

While these movements have been hijacked by the more progressive and intellectual/academic types, there's no doubt that climate change and inequality exist.

It's the causes that are less obvious.

Extreme inequality is found in all structures of society, even (especially?) communism.

But how much does inequality matter if basic needs are met?

And what does 'met' mean in this context? If basic needs are met, but people are living month to month with no safety buffer, is that an acceptable outcome for modern society?

And there's always a tension between the evolutionary instinct to strive for more (food, money, status) vs the relative safety of settling.

Climate change on the other hand might be down to us, or it might just be a natural phenomenon that we're experiencing rather than causing.

Can either of these issues be 'solved'?

The arguments/debates make for painful reading/watching. There's no genuine attempts to solve anything politically. It's all performance.

In that aspect, democracy is definitely failing.

Politics has become a dopamine-inducing pantomime designed to harvest our attention into votes.

Politicians — like Hollywood executives, pop stars, and YouTube creators — are incentivized to generate more engagement. Not great results. Just more engagement, all the time.
Therefore, their actions are not optimized to produce smart policy or common sense bills or a shrewd compromise, but instead to grab and hold our attention as long as humanly possible. 👇

Why do they do it? Because familiarity breeds fondness: The mere-exposure effect is a psychological phenomenon by which people tend to develop a preference for things merely because they are familiar with them.
In social psychology, this effect is sometimes called the familiarity principle.

Most of this is done in the pursuit of their own selfish political goals (status, wealth) rather than chasing any genuine policy change.

So who can convince the people to 'average down' without them realising?

Can guarantee it won't be the WEF.

For all the chatter about their conspiracies and power, it's just a groupthink club for academics to circlejerk with other 'important' people and pretend they're making a difference to the world.

It'll be marketing and the art of the nudge.

Activist types are too visible and too in your face to successfully pitch their narrative.

Nudging is subtle and works in many ways. Like mimetic desire 👇

Measurements could be re-defined too. There are already differences between how countries calculate GDP. Other measures could be incorporated, and there could even be a change to nominal GDP targeting instead of inflation targeting in a few years time 👇

However you stack it, economic growth is likely to be redefined in coming years and beyond. It will surely be accompanied by a whole new level of marketing designed to appeal to our better nature.

It won't be about averaging down, but 'levelling up' in new and inventive ways. Growth = progress so the push to redefine 'growth' in a post-truth era is bound to edge into prominence again soon.

What this will mean for debt and interest rates is tomorrow's problem.

🔔 How To Accurately Measure An Economy

GDP is a terrible metric and growth at all costs isn't sustainable. New economic goals and measurements are coming whether you like it or not...