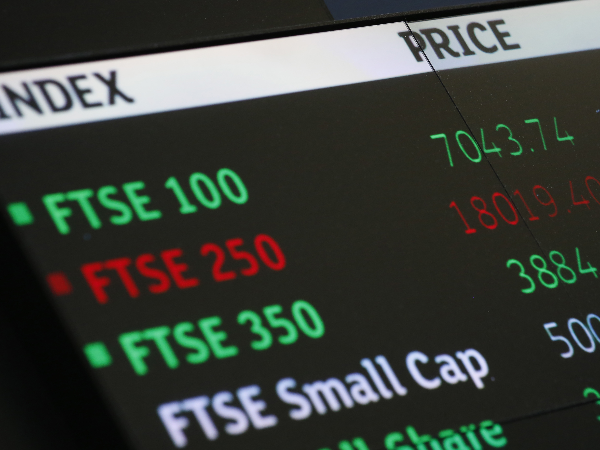 The FTSE: a bad index?

One of the great disappointments that I face when I look at global indices lies close to home.

The FTSE is boring.

It's lethargic and uninspiring.

Quite frankly, it's crap.

For such a powerful country (yes, the UK is still 5th in the world in terms of GDP, DESPITE BREXIT), having such a weak index doesn't really promote the same tagline.

What's the cause of the FTSE being such an underperformer?

That's what we'll take a look at today.

The FTSE is an index of the top 100 companies in the UK by market capitalisation.

Below are the sectors that make up the FTSE.

Just looking at this, we can probably come to our conclusion pretty quickly as to why the FTSE is such an underperformer...

Financials, consumer staples and materials are the top three sectors in the index...

Information Technology only makes up 1.37% of the index...

Oh, would you look at that.

I have used a log chart to easier show the values.

If we take a more granular look at the SP500, we can see what tech has returned in isolation over the same period.

Have we missed a trick?

In 2019, the US tech sector say $116bn of deal flow from venture capitalists.

I've seen so many articles coming out about Old Street and Cambridge becoming tech hubs...

But what are the firms in these places doing?

For example, I've seen a tonne which like to call themselves 'tech' come out with a nice, shiny app...

Which is just connected to a bank card.

Wonderful - not really changing much, especially when retail banking isn't making much money (if at all) and there are relatively low barriers to entry to doing this.

Compare that with what Silicon Valley firms are doing.

But they aren't even close in terms of real innovation.

And really, these firms relying on increased funding are more a symptom of the economic environment that we are in.

What can the UK do about this?

I asked the Macrodesiac Veteran about this.

Here were his words.

The biggest obstacles to that, however, are tax incentives and a regulator who doesn't want private clients to take risks.

Maybe it needs to be done by the government through a sovereign growth fund  that can seed start-ups and create a secondary market in those investments as they mature.

I love the sound of that.

One thing, as The Veteran says, that the UK is not short of is expertise.

Here are some stats for you.

The full report can be found here.

Beyond this, though, we need the correct funding sources.

As The Veteran says, a lot of funding is stuck in VCs and private equity firms, who have a very specific way of going about doing business...

It could be a cultural thing - perhaps we aren't as liberal with how we make investments in the UK.

Silicon Valley start-ups have cash thrown at them pretty easily it seems.

We can probably take example from London's role as a top financial hub here to understand the draw to SV as a tech centre of the world.

London has probably the greatest expertise in the world when it comes to finance.

It's the FX capital of the globe, for starters, and we have long had the best 'plumbing', or infrastructure, to be able to be the best at what we do.

Looking at the state of the FTSE, we can probably see that we don't have the best infrastructure to build the world's greatest tech firms!

Ultimately, this should change.

Perhaps a key differentiator is the ability for firms to lobby government easily in the US - but that argument might fall apart when we note that the same happens at the European Parliament.

Either way, I think that the idea of a government supporting the tech industry is a fantastic one, and as the Veteran says, creating a secondary market further down the line to allow private investors to own a slice would be most welcome.

Not only would something like this drastically change the composition of the FTSE, allowing financial entities which are unprofitable, and energy firms who are going to have to undergo a rapid change, to drop out of the index, leading to inflows, but it would likely lead to the UK being able to diversify drastically in terms of which geographies benefit.

See, in this Corona world, we've noted that work can be conducted from practically anywhere.

What's to say that a couple of towns up North couldn't become new tech hubs, allowing the North to regenerate?

I might have some pie in the sky thinking here, but I think a focus on tech as we come out of the pandemic would be a fantastic strategy for the Chancellor to adopt.

It harks back to that concept of Schumpeter's Creative Destruction.

Get rid of the dross, and provide the groundwork for new and innovative forward thinking businesses to be build out of entrepreneurial ideation.

Asian stocks grinding a touch higher, with KOSPI the star of the show, up 1.3%. The OPEC+ deal had