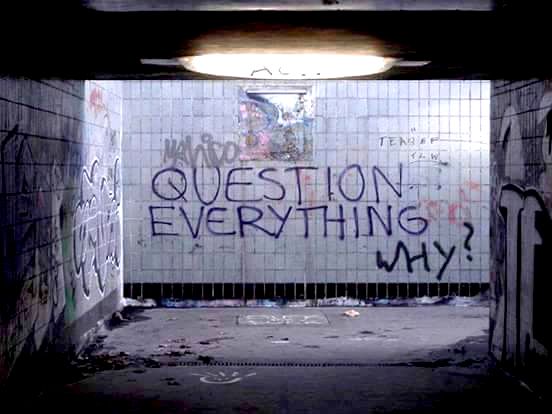 Brought to you by:

This tweet/sentiment summed up a lot of what we've been seeing over the past few days: A bull market in emotion and moralising.

Everything that Putin does is terrible. Any calls for NATO to directly intervene are incredibly reckless. Social media commentary (everyone's an expert) is far worse than usual.

And it's incredibly easy to get sucked in.

The live virtual audience were incredibly emotional, and everyone applauded and gave their thumbs up to the idea that NATO should intervene, with boots on the ground in Ukraine.

Until the panelist (a retired General I think) pointed out that this would definitely lead to World War 3. Boring spoilsport.

Public opinion just isn't a good place to get information. As a rule of thumb, the more emotive and dramatic the messaging, the less you should pay attention to it.

To have any hope of analysing this type of situation with a clear mind, morals and emotions have to be set to one side.

Nope. Policymakers are at it too.

On both sides. Eye-catching soundbites and declarations are often intended to provoke responses from allies or enemies. Sometimes, they are intended to win the hearts and minds of the public.

Posturing helps maintain the public's sense of (relative) order too.
It's playground stuff.

"If you do that, I'll tell my mates and we'll all batter you after school"

You can't trust anything you hear in the fog of war. It's usually deliberate or unintentional propaganda.

Politicians and policymakers are people too (it might not always seem like it, but I promise you they are). Fears of doing the wrong thing as decision-makers play on their minds. Mis-steps and emotions affect them too.

Especially for many of the public-facing voices that don't necessarily have the background knowledge...

Which makes the moral high-ground an irrelevant, but tempting battlefield for them to engage in. But it's mostly noise.

And the range of possible outcomes in these scenarios seems so huge that highly improbable stories and scenarios are given a free pass in the media.

In the heat of the moment, it certainly seems like anything's possible.

To decipher this, you probably need some degree of historical/geopolitical knowledge to assess the potential motives of the parties involved.

Putin hasn't suddenly gone mad and attacked on a whim.

In my non-expert opinion, this tweet from President Zelensky in June 2021 could well have been the final straw...

And just three months ago...

Russia has never been happy with NATO's expansion eastward. It doesn't really matter if you 'blame' NATO expansion or Russian imperialism.

Ukraine's stuck in the middle.

Why is Ukraine a red line for Russia?

Some excellent background in the following links... From 2015 👇

What if Putin’s motives aren’t so mysterious after all?
What if you can read them clearly on a map?

And this is an excellent read from 2014 (before Putin annexed Crimea) ...

I'm not arguing necessarily that Ukraine should split up. I am saying, however, that were it to split, were something like that to occur, and especially if those three problematic provinces—the two in the [eastern region of the] Donbas, Luhansk and Donetsk, and arguably even the Crimea—were to leave, Ukraine frankly would be better off.

And in my non-expert opinion, a divided Ukraine seems like the most probable outcome when the dust settles.

Putin knows that aggression towards NATO members and any attempts to reclaim those states is a red line for the West.

NATO directly intervening on Ukranian soil is a red line for Russia (which is why NATO have promised support rather than "boots on the ground".

Which means some kind of compromise is most likely...

The entire thread is well worth a read. If nothing else, it's thought-provoking and cuts right through the noise.

Anything can happen in times of conflict, but chasing every headline really isn't worth it. Step back, try to fill in the blanks and take the long view.

The Fed won't hike and the return to easy-money policy means BTFD. Don't bank on it

Could the ECB intervene... When energy prices are soaring, what good is a weaker currency to you?