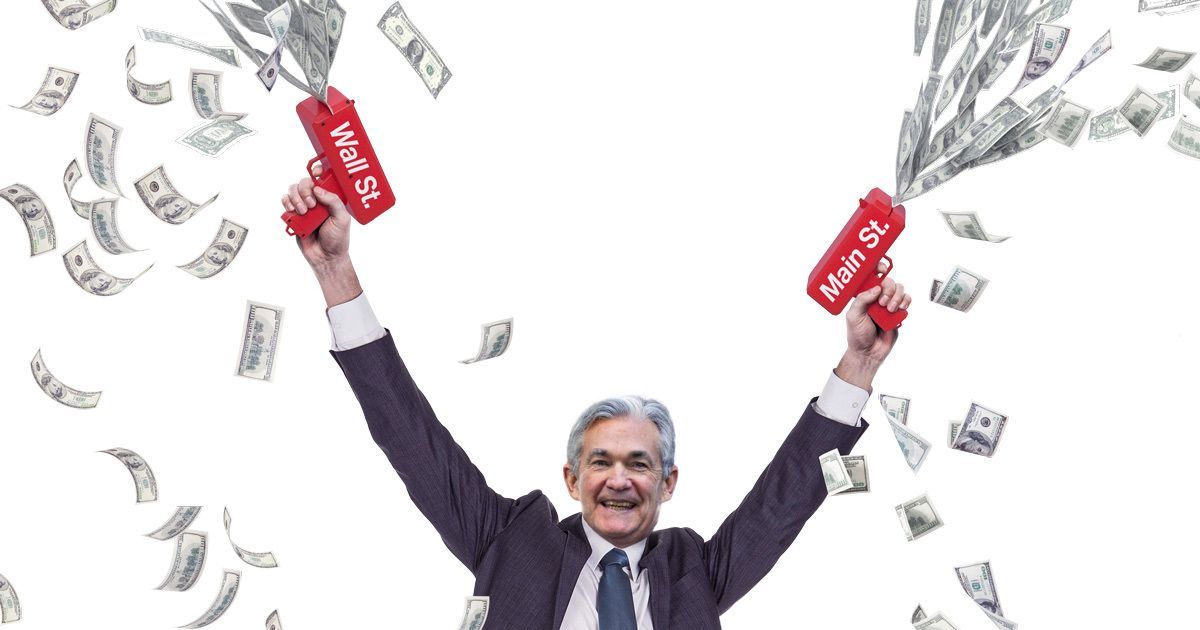 As we have said before...

And today, in his testimony, Jerome Powell said always listen to Macrodesiac! (Obviously, he didn't, although he could have at least acknowledged us *sigh)

However, Powell did say they are looking carefully at whether the Fed should issue a digital dollar.

"We are looking carefully, very carefully at the question of whether we should issue a digital dollar," said Powell

"We are committed to solving the technology problems and to consulting very broadly with the public and very transparently with all interested constituencies as to whether we should do this."

Yellen said, "it makes sense for central banks to be looking at" issuing digital currencies...

The Treasury Secretary also highlighted that the digital dollar could help with financial inclusion.

"Too many Americans don't have access to easy payments systems and banking accounts, and I think this is something that a digital dollar, a central bank digital currency, could help with," she said.

An increasing number of central banks have been conducting research on digital currencies and their impact, with Powell stating that the Federal Reserve Bank of Boston is working with MIT.

They have been working together to test a hypothetical digital dollar since August 2020...

But, before you go and sell all of your crypto's in the hope of jumping on the CBDC bandwagon, remember the Fed are in no rush...

"We are the world’s reserve currency and have a responsibility to get this right. We do not need to be the first," Powell said.

So, while there is no digital dollar coming just yet, there is one in the works, and as JPow confirmed...

It is a "high priority project,"

ustralia - The good, the bad and the ugly The good: Jobseeker allowance has increased... The bad: it only increased by $50... The ugly: a new hotline will be set up for employers to report those who turn down jobs...

🔔 Why everything you know about tax is wrong, with special guest, Dominic Frisby