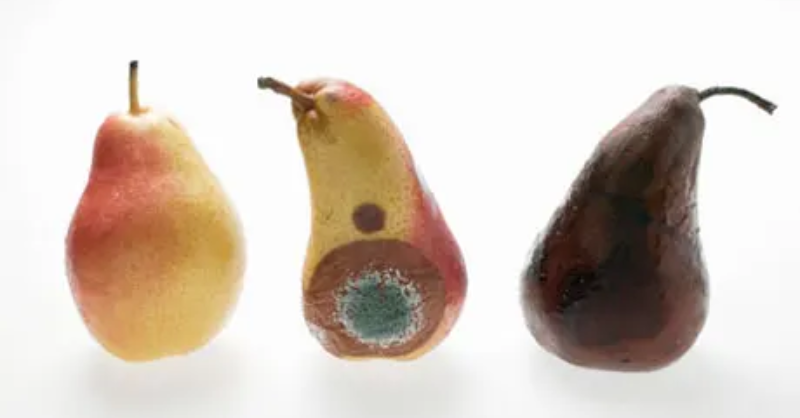 Market narratives are only as robust as the human attention span. Here's The Veteran's take 👇

I want to start this article with a chart. The chart of the Nasdaq 100 index that captures the recent bottom and rebound in the index, the subsequent run-up, break of a key moving average...

And the indecision and self-doubt that followed. Which in turn led to a break back below that all-important MA line and an ongoing move lower... 👇

The price action seen over the last 6 or 7 weeks perfectly exemplifies the narrative cycle that drives investor sentiment: Traders fall in and out of love with a story or idea over time, which in some respects is a bit like a holiday romance gone sour...

In my mind, I imagine a narrative decay curve, similar to the one that’s often drawn to show how theta or time value in options ebbs away over an options lifetime until only the intrinsic value of the option is left.

The delta or decay, of the belief, or interest in a market narrative, would look slightly different to that options theta curve, but it would share certain similarities and in particular a slope that is slanted from left to right.

The narrative decay curve would differ from the options time decay curve in that it would start at zero and the line would rise sharply as the idea gained credence and the narrative gained momentum.

The plateau occurs where the narrative becomes the dominant story or theme in the market and a slope that falls away to the right represents when the market falls out of love with the idea and enthusiasm fades away to zero.

Narratives don't exist in isolation of course. They are part and parcel of a dynamic market environment that's fed and watered by the exchange of information between traders. Whether that’s manifested among themselves or by the media is immaterial.

And so it follows that there are often several narratives running at the same time.

Not every narrative will have or follow the same trajectory, and many won't even get off the launch pad. Simply, they won't get a big enough following in the market, regardless of whether they are right or wrong.

A good example of a narrative which struggles to get off the launch pad would be my assertion that current inflation is supply-side led, that there is no or limited excess demand, just normalised demand, and that raising interest rates will make no difference to the rate of change in prices of goods and services.

For example, in this chart, we can see the price of German Baseload Power (electricity) for  January 2023. The price is rising because of concerns about near-term natural gas shortages not because Germany has developed excess demand for electricity.

I may be right in my thinking but the supply side story hasn't grabbed the market's imagination...

Of course, the popularity of a narrative says nothing about the accuracy of the thinking behind it. A poor idea or narrative can become popular simply because some traders don't kick the tyres of an idea before they jump on board and others just want to find and follow a solid trend.

So we can end up with scenarios like the ones below - Bed Bath and Beyond and AMC Entertainment.

Narratives like this are of course magnified by social media and social trading to the point where the original story is distorted beyond recognition leading to the inevitable result displayed so clearly in the chart.

Coming back to the current narrative (which we can classify as the “Fed Pivot”) would we be correct in drawing a curve like this over the price action in Nasdaq 100 to describe the lifecycle of this meme?

It may be a slightly simplistic visualisation, but to my mind, it tracks the build-up of the story and captures the way that new information undermines the narrative leading to a change in sentiment and a sell-off in the tech/growth index which of course is one of the best proxies for risk appetite among equity traders.

What if were able to pick out the evolution of narrative from the price action by using a different type of chart? In this case, a line break plot, which shows us just the new highs and lows in the price action.

There may be other ways to track narrative growth as well. I am currently testing a new system called Watchdog which aims to track news flow and the volume of stories that are being generated in a given stock, instrument, sector or index in real-time.

It's very much in beta at the moment but it does seem to work. Here's a sneak peek of the interface. 👇

There's no doubt that the flow of funds (driven by beliefs & narratives) can over-ride 'fundamentals' for long periods of time. Perhaps in the near future, we will all be able to track the development of these narratives as they happen.

China's recession is imminent and there's no quick fix. This time really is different

All eyes are on Powell for Jackson Hole. Will they go 50 or 75? So EXCITING! Except there's a far bigger game unfolding...