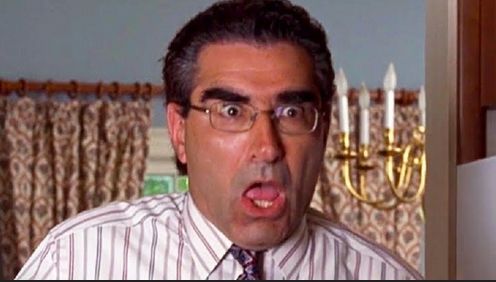 Over to The Veteran today, for his take on the health (or not) of the American consumer. The title's inspired by this classic song. Things must be bad if we're doing sing-alongs to keep our spirits up... 👇

We got the chance to take a very close look at the US consumer on Tuesday as we saw Retail Sales data for April published shortly after Q1 earnings from the world's biggest retailer: Walmart.

Why do I think these data points are worth considering in unison?

There are two reasons (and here size most definitely does matter). Firstly US consumers account for 70% of US GDP. Let that sink in...

What happens to the buying public and their spending behaviour really can determine the fate of the US economy.

Secondly, Walmart is the world's biggest retailer with annual sales of $572 billion. That's bigger than the GDP of Sweden, Belgium, the UAE, Israel, Austria and Nigeria.

Though it's not officially a grocer Walmart captures more than 1 in 4 dollars spent on groceries within the US market, and its market share is bigger than that of its 9 major grocery competitors combined.

On that basis alone Walmart is a barometer for US consumer spending on everyday essentials and so much more.

April retail sales surprised on the upside again showing that US consumers continued to spend despite rising inflation. This was the fourth month in a row that US retail sales had grown. However April's data represented the smallest gains in the four-month period.

Now, let's circle back to Walmarts Q1 earnings release. For the avoidance of doubt, they disappointed by posting a rather horrid looking EPS miss, reporting $1.30 per share versus analysts' forecasts for $1.48.

What’s more, they cut their Q2 2022 EPS guidance to flat and did the same for the whole of the financial year 2023.

The company tried to put a brave face on it pointing to revenue growth and some reductions in margin pressure but the market was having none of it.
The stock fell by -8.87% on the news. This is a stock that rarely moves sharply, it's oil tanker, not a speed boat after all.

The initial fall was a more than a 4.0 standard deviation from the norm for the Walmart stock price. A move that should only occur something like once every 126 years.

That day happened to be Tuesday...

Now in hindsight, there was probably money to be made here. After all, falling US GDP means that consumers are spending less, doesn't it? In which case, retail sales should slip.

Profit margins at retailers are likely influenced by inflation, which as we can see in the chart above (red line) has been rising rapidly in the USA.

In competitive markets such as groceries, it's harder to pass price rises on and maintain market share nationally. If you suck up the rising costs you take an earnings hit which it appears is what Walmart has done.

Margins at the group almost halved and rising transportation costs seem to be behind the miss.

Looking at the figures that Target published it seems that additional turnover has produced diminishing returns thanks to the increased cost of sales and distribution.

Target also noted in its conference call that it's holding more inventory than it would like because of the higher costs and bottlenecks within the supply chain.
At pixel time Target shares were lower by -25.67%...

What’s next for the US consumer and the economy?

The above table is drawn from an RBC research note on global retailing and puts the size of the US retail sector into a global context:

54% of global retail sales take place in the USA, up from 46% in 1997 and even as Europeans reduce their appetites for new purchases America’s appetite is growing (or at least it was).

The truth is that the US consumer is feeling stretched. Let me rephrase that...

Those in the mid and lower-income cohorts are feeling stretched. As we can see in the graphic below that's the majority of US consumers.

Percentage distribution of household income in the U.S. in 2020

The next few slides are courtesy of Deutsche Bank and they encapsulate the situation that's emerging in America very well indeed.

Consumers are spending but getting less bang for their buck

What happens at gas stations is a metaphor for this

And those excess savings we've heard so much about?

The knock on effect to US GDP remains to be seen, but it will be real AND tangible to those that live through it.

And CEO's are losing confidence too... 👇

Tune in to David's appearance on  Crypto Banter at 15:15BST 👇

Money printing doesn't explain the inflation we've seen. It's not even close to being that simple. It's not THAT complicated either... And there might be more to come 👇

Everyone's a gambler. But there's a big difference between those that do it deliberately and those that don't.