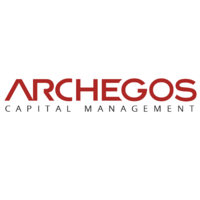 In this daily series, we share an inside view on what stood out, what was bemusing, amusing and interesting within the FX industry and its interaction with an ever-shrinking big wide world...

First it was the Swiss National Bank exercising its prerogative. Next it was the government and its lockdowns. Now it's the fragility of the risk management procedure in the banks, where the prospect of onboarding high volume hedge funds makes the fall out a peril for the entire OTC derivatives industry.

Using turnkey solutions for starting an FX brokerage with a regulated umbrella is commonplace in the retail FX sector, and has been for some time with specialist technology, law and corporation establishment companies very much part of the landscape in popular areas for large retail FX brokerage to establish.

Although now extremely commonplace, it has created a placebo effect in which over 1200 almost identical OTC entities exist which are simply white labels of MetaQuotes. A triumph of marketing over substance which should be considered by all traders of all abilities as there are really only a very small number of long established brokerages which own their own trading infrastructure which is constantly refined in order to properly provide good quality market access to a loyal client base.

The combination of near identical structure and the lack of ability to provide a diversified product range to increasingly discerning traders led a number of institutional FX liquidity providers to look toward onboarding hedge funds instead of retail clients, as they could not make enough commission revenue by providing price feeds to MetaTrader 4-based white labels in obscure jurisdictions with small ticket client bases.

The difficulty with this line of thinking is that it turned out to be short sighted, and now the OTC derivatives world faces another potential curtailment, as hedge funds may have been the darling of the institutional vendors just four months ago, but it is very likely that the impending kneejerk reaction from the men in gray suits with accountancy qualifications will put paid to that.

Yes, FX hedge funds would have in theory bolstered the margin capital base of the FX prime brokerage world, which would have gone some way toward quelling the nervousness that has existed for over 10 years within the Tier 1 banks who have been making it almost impossible to maintain a counterparty credit agreement for OTC derivatives trading without a balance sheet of over $50 million, however that was before the eyes-wide-open approach of a series of Tier 1 interbank dealers led to a sharp slap in the face by the Archegos hedge fund-related mess.

As if Citigroup, which until two years ago was the world's largest Tier 1 FX interbank dealer by market share for seventeen years, issued its memorandum in 2015 internally stating that it expected a 57% potential default ratio for OTC counterparties which led to almost all other Tier 1 FX interbank dealers going down the route of curtailing counterparty credit to any liquidity taker with less than $50 million on their balance sheet, would have guessed that onboarding hedge funds instead of risk managed, carefully considered domestic market FX brokers with good quality and well distributed risk is the way forward.

Instead, the aftermath of the Archegos hedge fund debacle has focused on updating capital requirements for banks. Leverage risk cannot be destroyed this way. It simply shifts where the risk is held.

Banks now hold fewer structured products on their balance sheet due to capital rules and instead act as intermediaries for shadow banks that increasingly hold them.

What does that mean for our industry?

It would not take much guessing to draw the conclusion that the banks, whose proverbial eyes are now smarting like those of a toddler with a segment of lemon, will have already begun to unleash the risk managers and accountants who will have now begun to not only chastise the traders and relationship managers for having eyes bigger than their wallets when onboarding the Archegos hedge fund as a counterparty, and rib them for chasing a huge potential trading revenue whilst ignoring exactly what banks have been so cautious of recently - credit default risk.

Credit Suisse, whose boardroom is likely to have looked like an interdepartmental meeting at British Leyland in 1975, is the one bearing the loss from this disaster. This is effectively how it would have initially been justified: Credit Suisse agrees to pay Archegos the return on a bunch of stocks, providing credit to them for their exposure.

Credit Suisse then holds the stocks as a hedge so there is no primary risk (on the apparent surface of the matter). In return Credit Suisse receives the net present value (NPV) of the funding leg plus a guarantee in the event of any losses on the stocks it holds (via margin calls when needed). So, with the hedge, it looks a lot like a simple securities financing transaction.

Except it isn't, because the securities leg of the deal (the stocks) price at current market value.

The stocks fell sharply in value, generating a margin call that Archegos couldn't pay. Why? Because they were levered (a synthetic exposure beyond what they could afford with cash).

So, Credit Suisse had to sell the stocks, along with the other banks (JP Morgan, Goldman Sachs, Morgan Stanley and Nomura) to close out the positions.

Being a 'dog-eat-dog world', the banks couldn't agree to co-ordinate the selling. So more of the risk was shifted to Credit Suisse and Nomura, who were slower to move.

The resultant loss to Credit Suisse of $4.7 billion could affect the capital position of the entire institution, and that is not a good place to be, considering the bank made losses during the last few years of the last decade.

Why anyone is remotely surprised is a mystery

Crucial parts of the 2010 Dodd-Frank Act, an 848-page law that was meant to shore up big banks and temper excessive risk taking in the derivatives market, have been delayed again and again.

Critics are now arguing that had regulators implemented the rules faster, the implosion of Bill Hwang's family office and the multibillion-dollar losses it caused two banks could have been limited.

In particular, rules that would have governed the disclosure of Archegos' derivatives trades are still not in force, and neither are requirements for players like Hwang to post initial margin, payments meant to cover potential trading losses. Hwang was able to place more than $50 billion of bets on the share prices of a handful of US and Chinese companies, and could not pay his counterparties when they started going against him.

Therefore, prime brokerages should be reassessing their eagerness to onboard inexperienced hedge funds via third party solutions requiring no input from the hedge fund manager. One day a nobody, tomorrow a hedge fund owner.

There was a time when counterparties accepted tickets between $5 and $15 million easily, but now there are firms that will take a stake in your business and we are looking at tickets of around $50 million, then down the scale we have family offices which range between $5 and $20 million, and there it is more a question of relationship. They like what you do, and they don't have the same incentive as the big institution. You have to focus on the investors you want. This would then refine a bit what you can expect to raise at the beginning.

A lot of managers have tried to go to family offices to get those tickets, and it is possible. If a principal of a family office likes you, then you have some chance of getting in.

Primarily it is finding a strategy that is doing something different. What is that strategy bringing to their own portfolio, for example. The risk factor is higher than at an institution, but of course generally they're looking for 20% returns with volatility of around 2% but there is no real rule on this. There are more chances to find some figures, a manager has to open to being more bespoke and customizing this to offer new things and find new investors, so you have to be open to that too, but now we know that if it goes wrong, it reshapes the entire business!

Thus, it is perhaps more than prudent to consider the multi-asset route when trading these days.

Institutional traders and experienced retail traders should expect more than just placing faith in bank trading desks who get into hot water with deals such as this one.

It would not be a surprise at all if the grey suits within the banks now tell their sales and trading floors to only onboard OTC derivatives counterparties and hedge funds if they can show a huge, long term stable balance sheet. Where will this end? Increasing the capital adequacy requirement from around $50 million to $300 million in order to maintain a counterparty credit agreement with the banks? How many small to medium sized FX brokers have that much capital to keep aside?

And how many genuinely would consider it worthwhile putting order flow to the Tier 1 banks for small tickets - which is what most retail brokers without their own trading infrastructure have as bread and butter business - when they need a monstrous amount of collateral just to give banks small order flow?

ETX Capital is committed to ensuring that traders are continually catered for with our own proprietary trading infrastructure. We are therefore beholden to no other party. Not to the banks, not to third party platform providers who would have total control over traders and not to rash decisions made by order flow processors who are tempted to bring onboard large entities that have the potential to crash the OTC markets.

Multi-asset trading - and by that I mean dealing in various asset classes, stocks, indices and physical commodities which are executed on derivatives exchanges in a variety of capital markets centers - rather than just the banks is one thing.

Making sure the core flow of FX and CFD trading is conducted with the utmost diligence and not exposed to the ill judgement of parties outside of the contractual obligation between broker and client is absolutely another altogether.

What is more important to the CCP if it comes to the crunch... Maintaining domestic credibility in pursuing policy goals or temporarily sacrificing overseas investor confidence?

Britain has never been anything other than Great, but I needed the headline... The wave of UK tech IPO's continues this month...