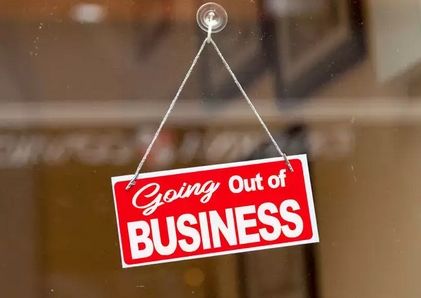 Cheery title I know - but it's one that is important to question: will there be a deflationary bust?

Now, I don't always listen to the Odd Lots podcast, but whenever Viktor Shvets is on there, I do. We covered his last appearance back in May last year.

Even though the titles of the podcasts are pretty sensationalist (May's was How Crypto Could Cause the Next Financial Crisis and this one's The Risk of A Deflationary Bust) that's really not a reflection of his views.

What is meant by Deflationary Bust though?

Well, deflation is when prices are falling, the opposite of inflation.

But a Deflationary Bust is effectively when prices are falling so hard due to a recession and growth stagnation that it tends to seriously effect the longer term prospects of the global economy.

And it is important to talk about in the current market context since we have had an inflationary bust so far...

Deflationary Bust: Why talk about Viktor?

Plenty of analysts are clawing at history & drawing parallels with the 1970's because of the energy shock.

As you correctly said, no historical parallel is perfect. If you think of the 1970s we today live in a very different world. The structure of the labor market is massively different than what it used to be.

Our financial leverage addiction to asset prices is radically different to what it used to be.

If you think of technological innovation we really live in a world where technology is everything. When people say tech, I basically say, “what do you mean by tech?” Everything is tech.

The 70s and 60s were much more about inventiveness rather than, innovation.

Already some really big lessons in there, especially on drawing historical parallels without adjusting for the huge differences in the economic structure.

Oil Intensity is a good example:

Context matters. Making sense of the big macro picture is what we do with Macrodesiac Premium members all day, every day.

Vik's got a different perspective on the 1970's parallel:

The way I prefer to look at it is to say there were three big shocks to the system.

One was in early 1920s. The other one was 1945-1948. And the third one was clearly the 1970s and what we're going through is just another one of those cycles, each one of those episodes have something to teach us.
And so to me, just looking at 1970s sort of ignoring the lessons of some of the prior periods, for example, clearly there was a massive spike of inflation around 1919, 1920, 1921.

A spike in inflation just after a global pandemic. Feel like I've seen this one before. Was it on Netflix?

What you have then is a significant tightening of monetary &  fiscal policy occurred. And when that occurred in 1921, 1922, there was a massive deflationary bust.

CPI was negative more than 20% before it finally stabilized in 1923.

So, deflationary bust it is then, right Will?

Dare you to disagree with him. See what happens.

Anyway, it's not about history repeating. It's about taking lessons from history 👇

This episode was described by Milton Friedman, and many others. And the view was that if perhaps Federal Reserve of New York acted earlier rather than waiting for inflation to persist, maybe they wouldn't have had to tighten as much.

So there was, there is a debate clearly going on what you should have done, but the net outcome was more than 20% deflation in 1921, 1922

Probably want to avoid over-tightening then to avoid a deflationary regime; bust might not occur, but it could.

Hope the Fed have brushed up on their history.

Which leads us to the key point: The Fed has never achieved a soft landing when it has had to push up unemployment significantly.
This is memorialized in the Sahm Rule, which holds that a recession is inevitable when the 3-month moving average of the unemployment rate increases by 0.5 percentage point or more.

Worse, full-blown recessions have always been accompanied by much larger increases: specifically, over the past 75 years, no less than 2 percentage points.

Is the yield curve indicating a policy error where economic growth will be sacrificed to bring down inflation?

Yes, that's exactly what the yields are telling you. And when people say let's look at the short end or the long end that's incorrect.

You should always look at the long end because that's where businesses, the banks are expressing their view as to the trajectory of growth as to trajectory of inflation rates, what the equity rates they should have, you order to finance their balance sheets in order to carry on with their business.

This is a key point. Everything's pegged to long term interest rates. The US 10Y yield is generally considered the risk-free rate. If that hits 3% or higher, everything (potentially) gets re-rated.

That might not happen. But if it does, maybe the Fed will start wwisting...

You can also argue that the more we talk about the yield curve, the more the Federal Reserve will need to consider Operation Twist or in other words, some degree of yield curve control.

That's something that might be part of the discussion and debate as we go towards the end of 22.

So will a deflationary bust occur? Probably not in 2022, but going into 2023 it's very much a risk we are looking at.

Full podcast is a proper good listen. Here and on Spotify 👇