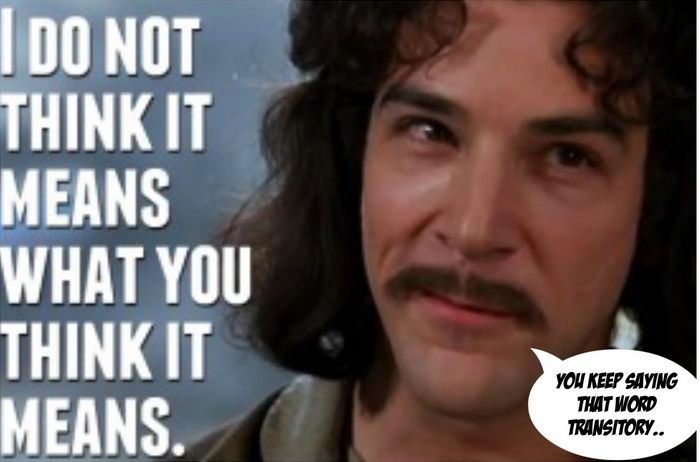 Team transitory lost the great inflation battle of 2021 to the inflationistas.
TT's about to make a comeback.

I'm only half-joking. Although the best jokes are the ones you don't have to explain so maybe it's not a joke at all. Annnnyywaaaay.

We were caught out by the increase in inflation last year. We didn't expect it to last as long as it has, and it'll probably remain high and way above central bank targets for some time yet.

Some of the things the transitoristas (yes, I just made that word up) were waiting for are starting to quietly surface. 👇

Apple cutting production of the iPhone SE by 20% (approx. 3 million units) due to weak demand

If it was just that alone, it could be dismissed. More noise than signal. Analysts point out that this is typically a slower sales period.

The slowdown is emerging in areas "such as smartphones, PCs, and TVs, especially in China, the biggest consumer market," TSMC Chairman Mark Liu said.

"Despite the slowdown in some areas, we still see robust demand in automotive applications and high-performance computing as well as internet of things-related devices," he said.

"We still cannot meet our customers' demand with our current capacity. We will reorganize and prioritize orders for those areas that still see healthy demand."

That last line caught my eye. One of the reasons given for the automotive chip shortage was the difficulty in switching production from one type of chip to another.

If TSMC anticipated this being a temporary phenomenon would they reorganize?

Analyst Tristan Gerra (Baird) noted that GPU inventories have risen in the supply chain after speaking to those in the industry, due to a number of factors, including weaker Asian demand, the Russian embargo and cryptocurrency miners selling hardware.

As a result, graphic card resellers have seen "below seasonal" revenue since December, with GPU prices having fallen 25% month-over-month this month, back to early 2021 prices.

That's electronics covered. On the broader level, US wholesale inventories are increasing...

Time for the Bullwhip Effect to (finally) appear? 👇

We've been tracking the freight costs via Drewry for a while (as they were a big driver of the initial surge in supply chain costs).
They're still way above pre-pandemic levels, but heading back down... 👇

It's not just shipping. This thread highlights the rejection rate on the trucking side too 👇

Canfor Mills are cutting production due to "unsustainable inventory levels" 👇

US fourth quarter GDP was revised yesterday. It is pre-war data, and will be revised again. Nonetheless, there was a big shift down in consumer spending.

Lower income US households have spent their pandemic savings, and demand has to normalize.

In the US the excess supply ended up in warehouses.

US household spending is income driven as it normalizes—but real wages are negative, at levels normally seen in recessions.

Today’s US personal income and spending data is for February (again, pre-war) but worth looking at.

While the inflation component will attract headlines, the trends in demand are ultimately more important.

And that data came in mixed.

While personal incomes printed bang in line with expectations (at 0.5% MoM), spending in February was below expectations (although there were significant revisions higher for January's data).

And the transition from goods to services spending is well underway. 👇

Within services, the largest contributor to the increase was spending for food services and accommodations.

Now, none of this implies an imminent crash, recession or whatever the doomsters latest thing is.

Inflation is a rate of change. There's a load of things pointing to an oversupply of goods just as demand normalises AND the comparisons to last year get harder to beat. 👇

Slowerflation seems likely. But it's hard to see inflation settling back at 2% any time soon.

It's still worth monitoring though. As inflation starts to slow, central banks could feel braver in reminding us of their original transitory call, and reuce the speed of tightening cycles.

What's the "Doing a Newcastle" about?

Newcastle United were rock bottom of the Premier League, winless after 14 matches. They won the 15th, then lost the next three and drew two.

One win in twenty matches.

The media were falling over themselves to pronounce them dead and buried.
No team had ever lost so many games and not been relegated.

They won six of the next seven matches and now sit 14th, nine points clear of the relegation zone.

The data hints it could be the same for Team Transitory, turning it around & avoiding disaster (albeit a lot later than anyone reasonably expected).

🔔 Galaxy Braining Into The Weekend...

Are you a galaxy brain? Can you do galaxy-brain things? Here's some stuff to make you think over the weekend...