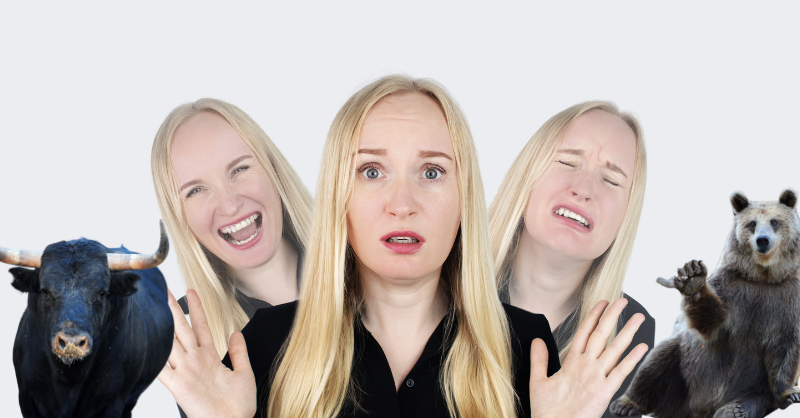 Marginal changes can (and do) affect where prices head next.

Let's start with this chart which tracks the performance of the Nasdaq 100 from early June... The 16th is a day that we should explain because it appears to have been the point that sentiment in tech shares turned.

As if to oblige, price action on the 17th could have been out of a TA textbook, we opened higher, then posted a higher low and a higher high. 👇

And though we closed below the top, the close was far closer to the high than it was to the low.

On the 18th we gapped higher from the off, and did so again on the 24th of June. There was a bit of crisis of conscience at the end of the month - but after the July 4th weekend Nasdaq tested back to the 50-day MA line, bounced away, then rallied back to and through it on the 19th of July.

We can try and gauge sentiment if we look at the percentage of stocks within the Nasdaq 100 that traded above their 20-day MA line during this period.

In fact, I have drawn a 3-month chart for context.

We can also see just how quickly the bullish sentiment entangled the Nasdaq 100 constituents. In mid to late June less than 5% of those stocks were trading above the 20-Day line. By Mid-July more than 80% were.

The blue line here is the Nasdaq VIX  index which sold off sharply during the period under observation.

Momentum was also a key component of this move with the Nasdaq 100 posting 12 new highs over the last month. Compare that figure to the YTD and 6-month figures in the table below.

And what about the price action? In this period there were 14 days where we had a rise that was larger than 1%

So what's been going on?

Well, we don't have to look too far for a narrative that explains the 180-degree swing in sentiment as far as Tech and Growth stocks are concerned.

In fact it's been evidenced today in July's CPI data, which came in lower than June’s and lower than the street's expectations.

Well, supply chain stress is easing and as we can see below inflation expectations are falling, driven in part by the decline of oil over the last month.

When combined this leads traders to think that the Fed and other CBs will stop raising rates and perhaps pivot to easing.

Some people are ecstatic, some in disbelief, some unsurprised... Mixed feelings all around, just like markets, always.

Money. Everyone chases around like headless chickens to get more of it. Nobody stops to think what it really is.