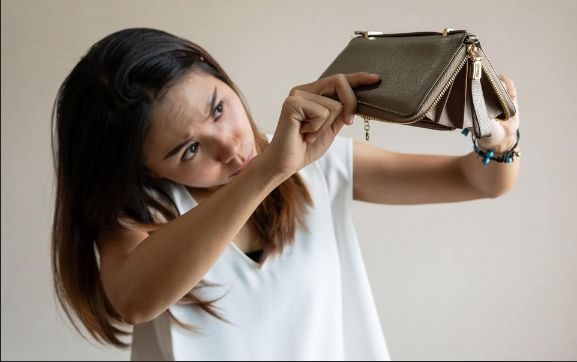 Yes JayPow, the economy IS very strong, but for how much longer?

Shout out to Macrodesiac partner Syscoin, going from strength to strength. Now listed on KuCoin & on Huobi! 👇

We've been keeping an especially close eye on US consumer credit for a few months now. If the global consumer maxes out their proverbial credit cards, that's not good news for everyone else. This is from January 👇

The TL;DR version. Consumer credit was increasing rapidly, and it's a very important trend to monitor 👇

That's NOT to say that this is the end and recession is imminent.

Consumer credit data is notoriously noisy, savings can be used to pay down debt and increase spending, and the baseline capacity for borrowing is likely higher now (due to higher asset prices and higher wages) as discussed in June last year. 👇

Still, the path ahead is not as clear as it once was.

Throw in a Federal Reserve that's intent on hiking (likely starting as soon as March) and the next few months are set to be VERY interesting.

One thing that we discuss a lot with Macrodesiacs is whether this is genuinely a regime change: High inflation and higher rates for longer or just a temporary deviation from the lower for longer trend?

One thing to watch is consumer credit. The latest data was released on Friday.
Here's the chart 👇

People be SPENDING. Or at least they were during March when the data was recorded.

And a huge amount of that spending is on credit cards and other 'revolving' credit measures. The level of revolving debt outstanding is now almost back to pre-pandemic levels 👇

The amount more than doubled from February's $16.2 billion to $35.3 billion in March.

That pace of change is pretty astounding, and not usually sustainable... 👇

There are a few plausible explanations.

Let's start with the most obvious. Dat Stimmy Lifestyle!! 🔥🔥🔥🔥🔥

People got used to a certain level of spending and lifestyle on the back of government stimulus & the wealth effect of house prices jumping by roughly a million per cent* per year.

That's one argument. People are feeling rich and splashing the cash. But it doesn't tally with Consumer Spending reports for the March period.

U.S. consumers slashed spending on discretionary goods and services in March. Elevated inflation — acutely visible in skyhigh gas prices — elbowed out purchases in nonessential categories that were competing for space in household budgets.

Obviously, this was all happening just as US gas prices shot up. 👇

And prices haven't really gone back down since...

This trend was highlighted by BofA in March too 👇

How about those excess savings?

And people aren't squirrelling those money nuts away for leaner times at the same rate either. The personal savings rate is back into the 'normal' range of the past decade.

And there's still some space for consumers to add even more debt to their credit cards. But that stash of "dry powder" is dwindling, and if house prices are going to fall as you'd expect (on the back of higher mortgage rates pricing buyers out), then where's that wealth effect coming from?

When people feel poorer, they just don't spend like they used to...

As for inflation, it's likely to peak this week, according to Goldman (and others).

But it's a long road back down, and won't be resolved any time soon. Minneapolis Fed President Neel Kashkari offers a hint at timescales in his latest blog post (emphasis mine) 👇

We now need to follow through on our forward guidance, and I am confident we will. We will need to observe incoming data over the next several months to determine if fulfilling current guidance is enough to bring inflation back down or if we will need to do more. I am confident we will do what we need to do to return inflation to our 2 percent target.

Kashkari said earlier on CNBC that he doesn't expect layoffs, but some tech companies are feeling the pain and looking at cost-cutting.

As financial conditions continue to tighten, it's hard to see how further layoffs can be avoided, especially among the high-growth names...

As for the wage-price spiral, it's hard to negotiate better wages if you don't have another job lined up. With companies scaling back their hiring plans as the economy slows will limit that option.

There are plenty of reasons to judge that a slowdown is coming, and a (technical) recession is potentially on the cards too. For now, the Fed's path is set, and we'll need a good few months of weak data for any growth concerns to raise eyebrows within the FOMC. That's precisely what they're aiming for.

Inflation is priority #1 for now.

🔔 There's No Such Thing As A Free Lunch

The NHS is a huge part of the UK economy, but it's a long way from 'free'

One of those timeless clichés that we see play out time and again. Price goes first, then sentiment, then opportunities...