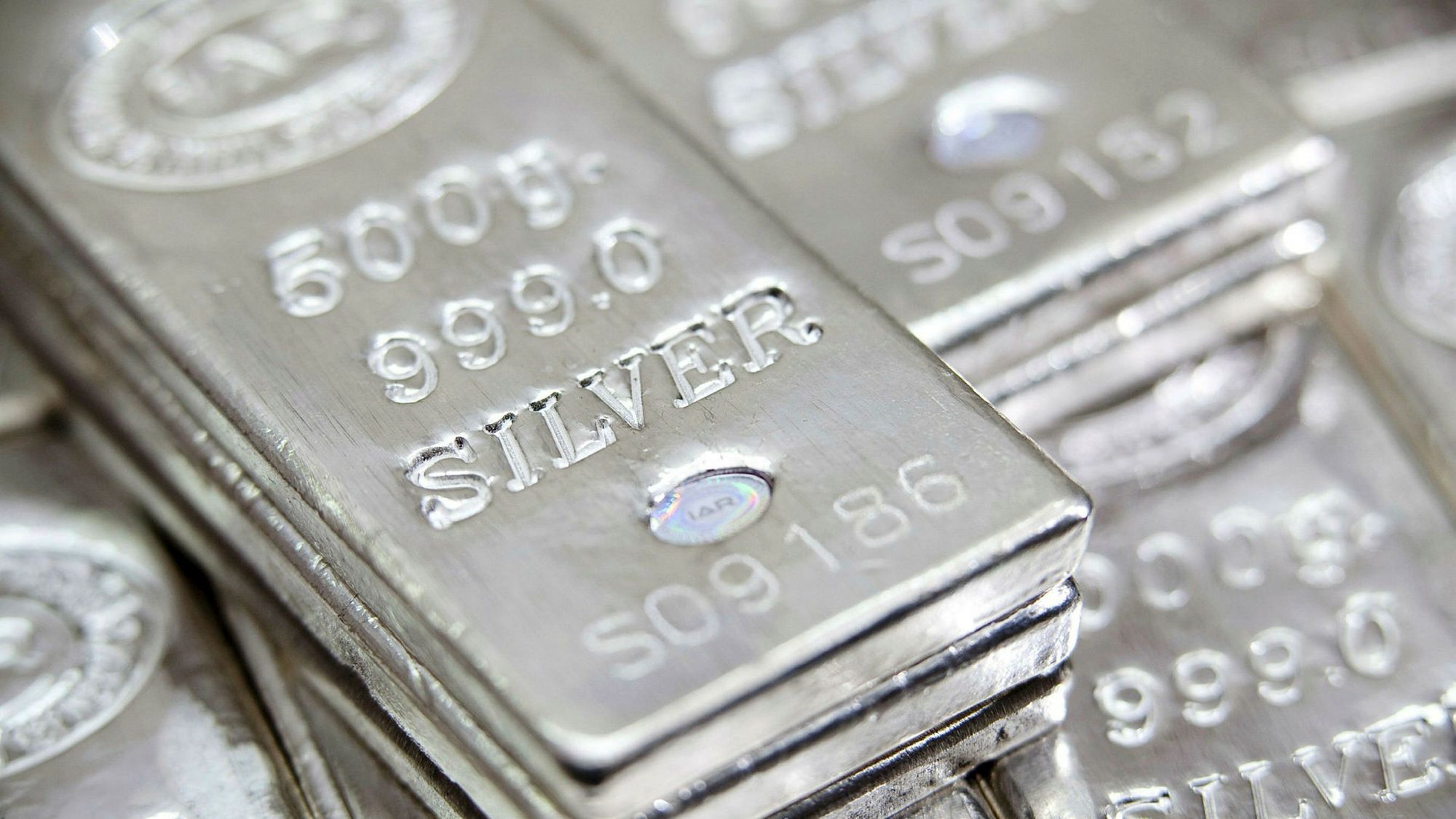 Brought to you in partnership with Equos.

Punters were betting on the same thing that happened to GameStop, happening again in silver.

The problem is, they aren't the same.

After silver has been selling out at bullion dealers over the weekend, people were expecting the market to absolutely fly. But it kinda just took a bit of a jump and a skip...

And then went to sleep.

Why hasn't it worked?: Silver and GameStop are two entirely different markets.

You can't be in the driving seat as a retail guy in a market where there is hardly any shortage in supply.

That's different to buying shares where there is a set amount on the market...

Which is why we can view short interest (that number that WallStreetBets was looking at to try and squeeze the market higher) whereas in silver, we just look at how much certain people (producers in this case) are selling...

And they're trying to squeeze the biggest players in the world, not just a lil' itsy bitsy $13.5bn hedgefund...

Fun fact: Silver has healing properties... but I am afraid that it won't fix the account balances of those caught up in the SilverSqueeze™ mania.

Easy to see why. If no-one can travel anywhere, who needs fuel?

CEO Bernard Looney will hope to be singing happier Tunes by the middle of this year - oil demand is expected to recover as we're all released from our pandemic prisons...

BP are also going green. Greta will be pleased.

They want to ramp up renewable power generation to 50 gigawatts (GW) by 2030 from 3.3 GW currently, while slashing oil output to reduce greenhouse gas emissions.

Borrowing is practically free thanks to the Bank of England's low interest rate policy so the firm have loaded up on cheap debt...

They plan to invest $2 billion in low-carbon projects and another $2 billion in 'mobility' - their buzzword for developing ultra-fast charging points and preparing for a world of driverless electric vehicles...

Big numbers: After investments, their debt pile will exceed an eye-watering $39 billion.

Don't worry, they plan to reduce the debt load to a far more reasonable $35 billion by early next year so they can start share buybacks again.

Those shareholders need paying, and they matter far more than productivity or profits...

Hedgefunder has a moan because poorer people made money

Check this video out...

We're not in the business of being impartial over here at Macrodesiac HQ, so we'll go out and say it.

That picture is terrifying.

Don't get me wrong, I reckon that what the WSBers have done is mad...

But who cares enough to go on TV and get angry at them?

Fact: People win and lose in markets all the time. And there tends to be more winners than losers.

While I am at it, I would like to make awareness of when things do go wrong in markets.

This is a very real problem and there are many cases where people have felt like their financial position is too costly to continue with their life.

Remember, things can be resolved and they WILL get better, so always reach out for help.

Here's the crypto firm with the best real world use case

I will always be happy to promote these guys.

And they are working with heavy hitters now.

You can buy products from Amazon, eBay and Walmart with crypto?

Alex Good has created a model for checking to see which stocks could go viral, and therefore have a tonne of movement to the upside.

When you actually look at the model, it's massively intuitive, and probably explains why meme stocks can seriously fly.

He's described the model in the video below 👇

The crux of it: smart people can make data out of behaviours and actually build trading strategies from herd behaviour.

It might not work all the time, but you don't need it to.

Looking at having a process based approach to these kind of plays, where everyone else is YOLOing can give you an actual edge.

This is not trading or investment advice. Do your own research. Capital is at risk.

The pandemic has probably led to a change in behaviour where people are more willing to drink at home...

And rather than being able to go to the bar for a double vodka and tonic at 12am, they want more alcohol dropped to them, after having obliterated two bottles of rioja after work on a Friday*.

*Or any day now, since people can nurse hangovers til 9am since commutes aren't a thing anymore.

Macrodesiac stating the obvious: Uber have seen the demand from their restaurant and store customers spike and want to capitalise on this.

Conversely, alcohol deaths have reached a record high during the pandemic.

The British Liver Trust has experienced a 500% increase in calls to its helpline since the pandemic started.

Boozy lunch: M&A bankers might be cheering, but for many, it's a sad state of affairs.

The Opening Belle - Herd Immunity Hopes Get A Boost