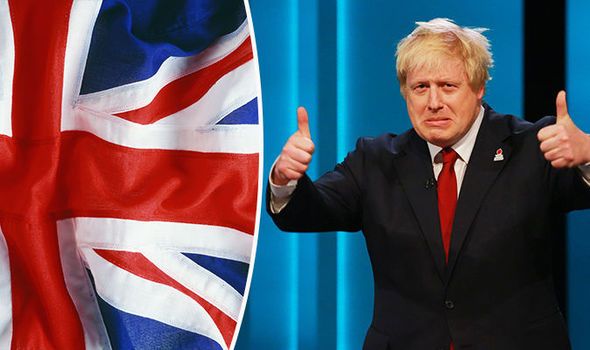 Stocks are set to open in the green, and sentiment is tilting positive...

Well dear fellow, one presumes you're referencing the Bank Of England and their rate decision, rather good show it was too

Yep, the Bank Of England were pretty upbeat under the circumstances, stating that it doesn't intend to signal that negative rates are coming although it “would be appropriate to start the preparations to provide the capability to do so if necessary in the future.”

GBP rallied in response, and negative rate bets were pushed out to 2022 (and beyond?)

British banks took the news well, gaining 1.3% as negative rates were priced out...

Stocks (real ones, not memestonks)

PayPal is up 5% in pre-market after reporting yesterday.

The shift to online shopping and digital transactions drove record levels of payment volumes for the quarter and the year.

They expect to add another 50 million active users in 2021 and forecast annual revenues of ~$25.5 billion, easily beating analyst estimates of $21.4 billion.

Unilever shares fell 4% on the open as investors were underwhelmed by the latest earnings report...

Full-year sales margins were weaker than expected, however, due to larger marketing investments, higher restructuring charges in 2020 with another ~€1 billion still to come in 2021 & 2022.

Chamath Vs The Short Sellers

So say the FT - apparently 'a deluge of central bank stimulus has inflated the price of assets globally'.

If only someone had told us sooner...

It's obvious loose monetary policy will be with us for some time, and Bitcoin is here to stay too.

The Bitcoin market cap reached $750bn at the peak, and institutions are loading up now too.

Check out the Lunar New Year competition! Trade on Equos from now until February 8 for the chance to enter 4 prize pools of 10 ETH, 3 BTC, and 12500 USDC...

Biden wants to stick to the $1,400 figure, but is happy to look at targeting the payments to those in greater need...

A bold and revolutionary idea, let's see how it works out...

“We can better target them,” Biden told House Democrats yesterday. “But I’m not going to start my administration by breaking a promise to the American people.”

Bloomberg report a proposal that income thresholds could be lowered to $50,000 for single adults and $100,000 for married couples, phasing out for incomes above that... Previous thresholds were $75,000 and $150,000 respectively.

Looks like stimulus is coming one way or another, and unemployment relief too...

Turns out that sending people money is hugely popular...

Some companies are already paying $15, others say it would be catastrophic for their businesses...

“That can’t be absorbed, so it has to be passed on to the customer…and if they can’t afford to buy the service then that means layoffs.”
- Paul Flick, chief executive of Premium Service Brands

The timing is also terrible.

This chart shows the % of minimum wage workers by industry, but it could just as easily be a chart of the industries hardest hit by Covid restrictions.

Increasing the minimum wage would surely lead to higher unemployment under these circumstances...

The SEC Looks For Fraud In GameStop Case

Uh oh... According to Bloomberg, US Securities and Exchange Commission investigators are looking through social media for signs that fraud