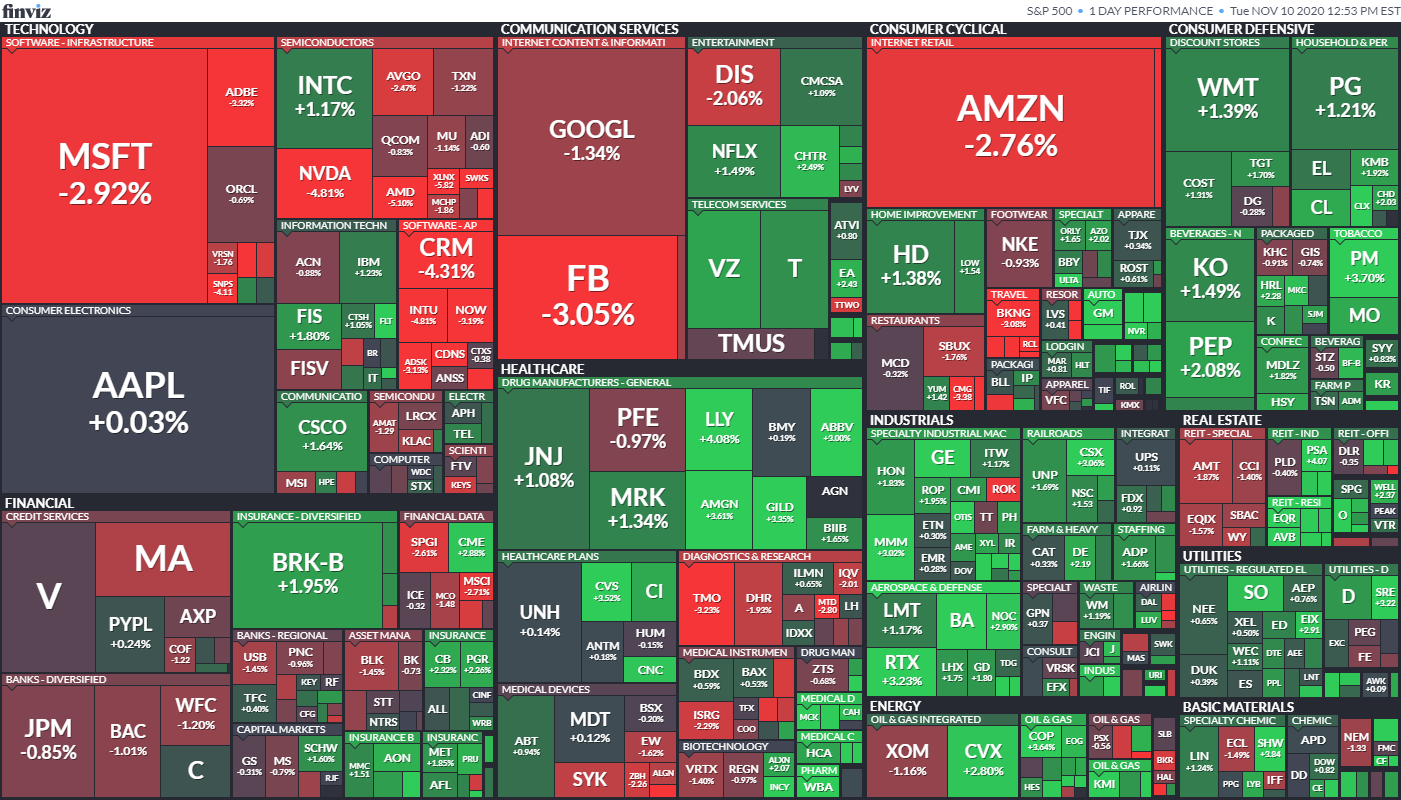 The rotation continued today, albeit with less enthusiasm.

With large logistical hurdles, a sceptical population and lockdowns increasing, is it a case of right trade, wrong time?

Value outperforming at the expense of tech.

The same was true in Europe, with the UK's FTSE 100 & Spain's IBEX 35 outperforming.

A long time since that's been the case...

Our market veteran published the first in his 'value' series today - it's sure to be a theme that remains front and centre in the coming months.

Give it a read here.

We are in the eye of the storm now, and this all feels a little too easy.

Analysis: Will this time be different? Investors question the Treasury yield surge

They included the immortal line.

Some investors say this time may be different.

A few Fed speakers came through the wires too.

(Boston Federal Reserve Bank President) Eric Rosengren said the Fed needs to keep its eye on liquidity issues in money markets after they required intervention both during the last financial crisis and again earlier this year. “The money market situation is quite disturbing,” Rosengren said.

Dallas Federal Reserve President Robert Kaplan said on Tuesday he was “cautious and concerned” about downside economic risks in the short run because of the resurgence of the coronavirus, but more optimistic in the longer term.

“The next two quarters are going to be very challenging, very difficult,” Kaplan told Bloomberg’s Future of Finance virtual conference. “Downside risks are growing with this resurgence.”

Still, he said, the U.S. economy will likely rebound strongly in the second half of next year, after a vaccine is widely available, adding that his business contacts have told him they are gearing up for exactly that.

Kaplan is also concerned "what will happen after the pandemic, when the neutral rate drifts up".

The big question is often;

How long can interest rates stay this low?

Perhaps a better question is;

Can they ever go up again?

On that front, we have been keeping an eye on central bank posturing.

David shared his thoughts on this plus a trade idea for USDCHF.

Don't forget, our premium subscriptions are less than a cup of coffee per day.

The Opening Belle - Side Effects May Include Premature Optimism

Plenty of positivity in Asian markets overnight, the Nikkei closing earlier at the highest level since 1991. European & U.