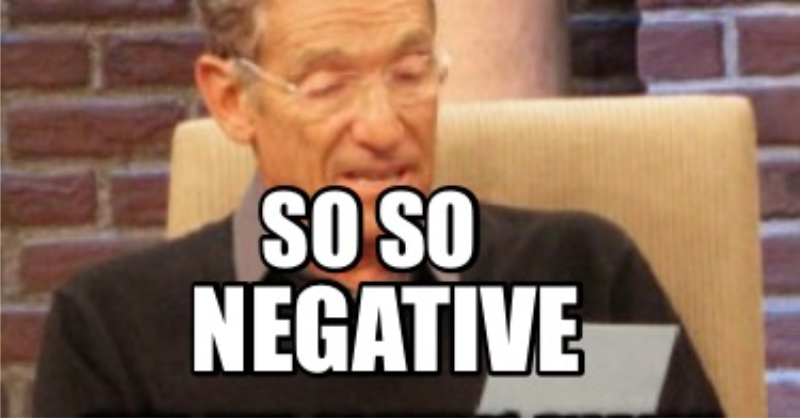 Whichever it is, it's gonna be apocalyptic. Or maybe not. Or maybe just a little bit bad for a little while and then REALLY bad next year instead. Anything can happen...

Like Credit Suisse miraculously escaping after being on the brink of collapse yesterday. Don't worry though. The big one's coming! A guy on the internet said so.

Funnily enough, the whole Credit Suisse story seems to have been started by an ABC journalist who subsequently had to delete the tweet because, well, it wasn't substantiated by anything.

When I tweeted this yesterday it was tongue in cheek...

But it's a good reminder that we can't rule anything out. Those 'Wall Street Bet' short squeezes were almost certainly crafted in the background, not the reddit show that we all saw.

In the era of instant information, accuracy is often sacrificed for speed. Sometimes that might be deliberate. Maybe for clicks, maybe for profit.

It's likely to get worse as we head into the mild recessionary global crisis meltdown extinction level event. Pick your favourite and run with it.

Some kind of slowdown is clearly inevitable. But the range of opinions and possibilities is about as wide as can be.

Food and energy doomsday scenarios have been doing the rounds for a while. Hopefully widespread blackouts and mass starvation can be avoided, but there are still risks circling out there...

Adam Tooze is an economic historian and lays out some scenarios in this article. This is an excellent summary of 'where we are now' 👇

There are moments when history-making creeps up on you. This is one of those moments. As far as the advanced economies have been concerned, the era of globalization since the 1990s has been one of disinflation and monetary expansion by central banks. Now that balance is being reversed, and on a global scale.

To add to the disinflationary pressure, we are also seeing Covid-era stimulus programs wound up in favor of measures like the Inflation Reduction Act that promise to cut deficits and take demand out of the economy. In the United States in the third quarter, the so-called “fiscal drag” will slow the economy by more than 3.4 percent of gross domestic product, according to an analysis by the Brookings Institution.

The consequences of this global deflationary cycle are hard to predict. We have never done this before on this scale. Will it get inflation down? Very likely. But we are also courting the risk of a global recession that at its worst could bring down housing markets, bankrupt businesses and states, and throw hundreds of millions of people worldwide into unemployment and distress.

If that Brookings analysis is even close to accurate (I have doubts), odds of overshooting in the opposite direction increase, which ironically could send us right back to zero rates and pump it up boom/bust mode.

Anyway, the point is more one of how this all plays out, and most importantly, what are the spillover effects?

Market purists will insist that this was long overdue: It is high time to cull the zombies — borrowers who live on only because the cost of borrowing is so low. But talk of culling is better on paper than in practice.

Economic destruction is beneficial, but only if done as a part of an ongoing Schumpterian process: "the process of industrial mutation that continuously revolutionizes the economic structure from within, incessantly destroying the old one, incessantly creating a new one"

And this is the balancing act now. Especially if you believe that a lot of the inflationary pressures have been due to supply constraints. It's hard to build new economic capacity in a recession (or starting over from nothing).

As for killing the zombies, well they don't always stay zombies.

Megan Greene, a senior fellow at Harvard Kennedy School wrote this opinion piece for the FT in April 2020, when oil prices were at the depths 👇

She highlighted the plight of US fracking pioneer Chesapeake Energy. The company 'hasn’t generated a single year of positive free cash flow in the past decade'.

They entered Chapter 11 bankruptcy soon after, then exited that bankruptcy in January 2021.

By May 2022, Moody's had upgraded Chesapeake's rating from Ba2 from Ba3 because...

Chesapeake's upgrade reflects its improving credit metrics upon consolidating its Haynesville and Marcellus Shale assets through sizeable acquisitions, while enhancing its scale and sharpening its focus on high-return natural gas assets,"

The profits are rolling in, and Chesapeake is rewarding shareholders.

So, maybe the purists need to chill out.

Things might not be all that bad anyway. Joachim Klement sees this as more of a corporate boom and bust, which should mean a milder recession...

...the aftermath of corporate debt booms is much more benign with GDP declining for one year and then recovering pretty quickly again.

So, unless something unexpected happens and we do get a major financial crisis again, I am not too worried about the coming recession.
It is probably going to look very similar to the 1990/1991 recession and not like the 2009 or 2020 recessions at all. 👇

As always though, the future is notoriously unpredictable, and that's truer now than it has been for a long time.

It would be no surprise to see a double dip recession over the next year or two. There's some serious sh*t to shift, inflation to bring down, and the energy elephant in the room, and all of the models we could lean on before are unprepared and unreliable in this paradigm.

European unity for thee, but not for we. Can Germany boss the rest of the EU around while adding €360 billion of debt in a year?