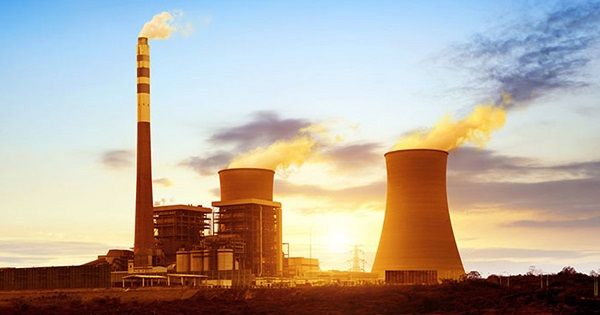 It's March and 45 miles off of the coast of Honshu, elemental forces unleash the most powerful earthquake ever recorded in Japan, and the 4th most powerful recorded anywhere on the planet, measuring 9.1 on the Richter scale.

The undersea quake triggered a Tsunami or harbour wave that is believed to have reached up to 40 meters, or 133 feet in height, and which moved at speeds of up to 435 mph.

The wave swept towards the Japanese coastline inundating coastal communities and sweeping 6 miles inland before retreating, leaving death and destruction in its wake.

The Tsunami had also engulfed one of Japan's largest power plant:s the Fukushima Daiichi plant owned and operated by TEPCO.

A 46-foot high wave swept over the sea wall and flooded the lower levels of the reactor buildings. The plant had shut down automatically when the earthquake was detected but it still needed the power to drive the pumps that cooled the reactors.

That power was supplied externally. However, the Tsunami knocked out parts of the area's power grid and the plant was literally left in the dark. Crucially the backup generators that would normally keep the pumps running failed in the flood and there were no other failsafe measures.

The reactor cores began to heat up resulting in three meltdowns and three hydrogen explosions over a three day period releasing radioactive dust and gas into the atmosphere and forcing 154,000 people to be evacuated from the areas surrounding the plant.

In the year 2000, Germany generated 29.5% of its electricity from nuclear power. Post-Chernobyl the mood in the country had become increasingly anti-nuclear. The incident at Fukushima tipped them over the edge.

In June 2011 the government proposed shutting down 8 nuclear plants completely and to limit the operation of another 9. The bill was voted through the Bundestag with 80% of MPs voting in favour.

The closures and wind-downs began immediately.

At the same time, a move toward renewable energy was instigated. By 2019 (with the help and encouragement of generous government subsidies), solar power generated just over 8% of German electricity whilst wind power accounted for 20% of the country's output

The move towards renewables also hastened a move away from dirty sources of power. Coal, the fuel that had powered Germany's post-war economic boom became public enemy number one.

Almost overnight, coal-mining equipment including the largest vehicles ever built, machines so vast they were fed directly from the national grid were unplugged and left to rust in the fields.

The greening of the German economy came at a price and not just the cost to the consumer (though that was substantial enough). German power became the most expensive in Europe.

However, the real cost came in what we can think of as the marginal fuel in the German economy. After all the sun doesn't always shine and the wind doesn't always blow but the demand for power from German industry and consumers is pretty constant. Something had to fill the gap.

That something was gas. A natural resource Germany doesn't have much of and must import. Luckily(?) there was a ready supply of gas to the east of Germany in Russia.

Russia was headed up by a President who seemed keen to cosy up to Europe's largest economy, building pipelines under the Baltic sea  to feed his gas to German consumers.

Lets quickly wind the clock back. We started our story in 1917 but we could have gone back a lot further to the siege of Troy.

And to the use of the famous wooden horse, Russia's willingness to supply Germany with gas was just a modern example of this ruse...

Germany fell for it, hook, line and sinker. Gas became the marginal fuel. The relatively clean stopgap in the transition to a carbon-neutral economy.
Russia became the largest supplier of that marginal fuel.

Everything was fine and dandy, or could be ignored if it wasn’t, (Crimea, Navalny etc.) until Covid struck.

The virus itself wasn't the issue so much as the lockdowns and the suppressed demand and dislocation to the global supply chains for goods and services, which were turned off one moment and then turned back up to 11. when lockdown ended.

TTF the Dutch natural gas contract is the European benchmark. You can see the price action in the chart below and the year on year change in the table below that.

Fast forward to February 2022 and the conflict in Ukraine, as Russia sought to take over its neighbour, the West tried to impose sanctions on President Putin but Germany was hooked!

How could it take action against the country that effectively kept the lights on at home? Reluctantly Germany agreed to sanction. Such was Russia's grip on the country's prosperity Germany insisted on a carve-out from sanctions for Energy transactions.

In some senses, Germany is effectively bank rolling Putin's invasion and doing so at higher prices as markets go parabolic as I type TTF is trading 120% higher on the week and 161.0% up on the month, oh and 1170% higher year over year.

What does that mean for Germany and its economy?

Energy prices at these levels potentially spell disaster for Germany but they are in a hole that they cant easily extricate themselves from.

Olaf Scholz recently replaced Angela Merkel as Chancellor. He was forced to go to the Bundestag and declare that this was a Zeitenwende and turning point. The end of an era for the German economy which will now start spending 2.0% of its GDP on defence.

Scholz also halted the Nord Stream 2 project: a second Russian gas pipeline that would have made Germany even more dependent on its belligerent eastern neighbour.

Instead Germany will double down on renewables and build facilities to allow it to import and store LNG or liquid natural gas. But obviously, that won't happen overnight. There is no shortage of natural gas in the world the US, Qatar and Australia are awash with it for example.

However there is a shortage of gas that can be consumed now as well as a shortage of the transportation and storage infrastructure that LNG requires.

News that Russia had shelled and then seized Ukraine's largest nuclear plant at Zaporizhzhia that contains six reactors and which supplies up to 25% of the country's power needs, just reinforced how important secure supply chains are in key areas such as energy and food

Oh did I mention that Ukraine is (or perhaps that should be was) a major supplier of wheat and maize...

Another existential moment for the European Union is already upon us... 👇

🔔 Nuclear Power: A Question Of Time

The evolution of nuclear power, and how Germany came to rely on Russian gas...

Why being "right" is the wrong thing to aspire to...