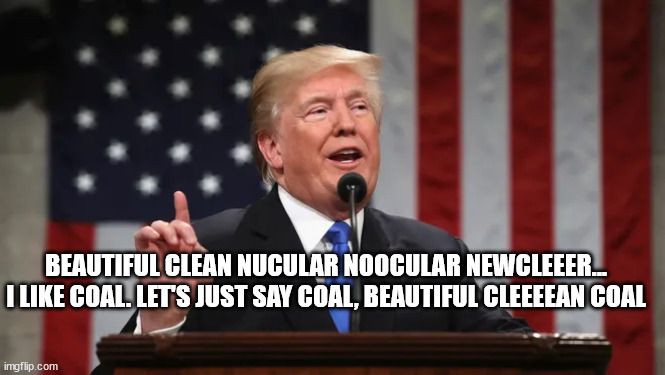 We've been nuclear advocates for a few years now. It's glaringly obvious that nuclear should be a much larger part of the energy mix.

“The more I look at this, I think nuclear has to be part of the solution,” Business Secretary Kwasi Kwarteng said. “What we need to do in this country is have a cheap, affordable system, something that’s sustainable, and something which we can rely on ourselves, which protects us from the vagaries of international price movements.”

That's the same Kwasi Kwarteng that's odds-on to be in charge of the UK pursestrings in the Truss cabinet. Are they going to pinch the Boris blueprint? 👇

Boris' most important achievement came just before his reign ended. 👇

"We need to pull our national finger out and get on with Sizewell C,"

"That's why we're putting £700m into the deal, just part of the £1.7bn of government funding available for developing a large-scale nuclear project to final investment stage in this parliament.

"In the course of the next few weeks I am absolutely confident that it will get over the line."

Now. There's a load of people that don't get nuclear. If I was unkind, I'd say these people were idiots. But I'm not unkind. I'm lovely. So here's the other side...

She added that the "enormous upfront cost" would be passed on to consumers.

The Stop Sizewell campaign group said: "When every penny matters, it's totally wrong to shackle the next prime minister and billions in taxpayers' money to this damaging project, whose ballooning cost, lengthy construction, failure-prone technology and long term water supply are so uncertain."

If it's so horrific, why bother with it?

The Sizewell C project is expected to generate about 7% of the UK's electricity needs and operate for 60 years.

It would be built next to the existing Sizewell B, which is still generating electricity, and Sizewell A, which has been decommissioned.

EDF has said the plant could generate 3.2 gigawatts of electricity, enough for about six million homes.

There are roughly 28 million homes in the UK. This one plant could generate enough electricity to supply 20% of British household energy needs. If that's not worthy of a long-term investment, then what is?

Yeah, why not? Do more of that too.
The UK has already done more than most... 👇

But don't compare the sources to each other as if all electricity is created equally. See, nuclear is far better as a relatively constant source of power. It's exactly the opposite of solar and wind, which are intermittent power sources.

China's already been a testing ground for this, and they've realised they need more nuclear, not less! 👇

China has the capacity to build more nuclear reactors than planned through 2025, the nation’s top industry body said in its annual report.

The national target is six to eight reactors a year, but that could be raised to 10, said the China Nuclear Energy Association. The agency is also advocating bringing more nuclear power inland, including as a backup to China’s massive buildout of wind and solar farms in the west, which can generate power only intermittently.

TL;DR You can't just pile more renewables on without upgrading the grid. 👇

China is wasting more and more clean energy as it adds wind turbines and solar panels faster than its grid is able to digest them.

Nearly 12% of power generated by wind turbines in Inner Mongolia this year has been wasted because the grid couldn’t take it, along with 10% of solar power in Qinghai, Economic Information Daily reported, citing government data.

Long-distance power-lines and energy storage need to be added to the grid to absorb these excesses and redistribute the power to where it's needed.

Nuclear is perfect for reliable, always available power. And it's better than burning fossil fuels for electricity

Everywhere you look nuclear is getting more favour. Germany's keeping the nukes going, and someone will eventually notice the valuable role played by these plants in the crisis 👇

Even Japan's reversed course on nuclear, a decision that had seemed unthinkable since the Fukushima disaster 👇

In a 27-page document that accompanied Wednesday’s announcement of Japan’s biggest U-turn in nuclear policy in 11 years, the word “crisis” was used seven times.

The single word encapsulates why prime minister Fumio Kishida has risked political capital to end a paralysis that has hung over the country’s energy sector since the Fukushima Daiichi nuclear disaster in 2011.

First, there is the global energy crisis and soaring commodity prices sparked by Russia’s invasion of Ukraine, which have dealt a heavy blow to a resource-poor country that imports most of its energy. Then there were the blackout scares in Tokyo this year, which along with rising electricity bills have softened public opposition to restarting nuclear reactors.

Nuclear energy generated one-third of the country’s electricity before Fukushima, but now only six of the 33 operable reactors are online.

One thing that's increasingly obvious. If you're planning an electric-intensive business that'll take 5/10 years to build out, now would be an excellent time to start.

Undersupply always leads to oversupply. Government involvement is added fuel for the overshoot.

🔔The REAL Reason Stocks Are Crashing

OK. So you want to know the REAL reason stocks are down? We plugged the data into our proprietary Macrodesiac Model™ to bring you the answer.