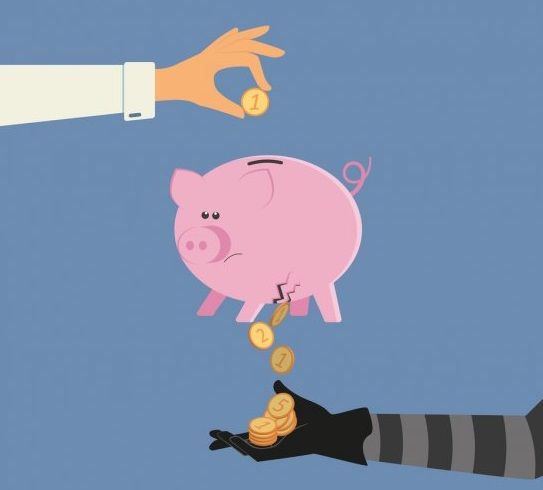 Not if the ECB get their way...

In last week's Central Bank Digital Currencies - A Brave New World, we touched on the idea of a two-tier/dual currency system to ensure the effectiveness of negative rates.

Europe Is Planning Its Very Own E-Currency

Writing in a personal capacity, Fabio Panetta, the member of the ECB executive board spearheading this exercise, and Ulrich Bindseil, a senior ECB official, have proposed a clever remuneration system to limit the amount of money stored at the central bank:

Holdings of more than 3,000 e-euros ($3,550) would carry an interest rate that’s less attractive than that of the commercial banks.

So, anything over 3,000 digital euros will be penalised.

While this strategy would be effective during times of financial calm, it’s unlikely to prevent a flight to safety during a panic.
The two authors imagine that the central bank could lower that interest rate on bigger deposits during a financial crisis, to limit the risk of a bank run.
But even that may be insufficient to dissuade depositors.

Where exactly are they going to run if every central bank goes negative...?

A crisis-related run from bank deposits into low-risk financial assets (such as gold-related assets and highly rated government debt) can already happen in ‘electronic’ form and therefore does not pose the same security issues (except for physical gold).
However, this type of run (i) is dis-incentivised through the price mechanism (as the safe assets will become very expensive in a crisis)

Especially if those safe assets are government bonds with increasingly negative rates...

Just to reiterate who authored this.

(Although these are 'just their opinions and not necessarily those of the ECB', they are two key architects of the digital euro project.)

The full piece is here

We propose the adoption of a two-tier remuneration approach to CBDC in order to relieve the tension between two fundamental objectives; (i) to offer CBDC to citizens (in quantities sufficient for it to be used as means of payment) at interest rates that are never lower than those on banknotes (i.e. never below zero); and (ii) to protect financial stability and the effectiveness of monetary policy.

The two-tier approach would also allow central banks to offer CBDC in an elastic and unconstrained way to other holders, such as corporates or foreigners.
In doing so, it would also make it possible to overcome the perceived dichotomy between ‘retail’ and ‘wholesale’ CBDC.

The general idea is to protect the average monthly net income of euro area households from negative interest rates. These would be tier one.

...it would make CBDC attractive to all households, as reliance on tier one CBDC would never need to be disincentivised by negative remuneration.

The central bank would explicitly reserve its right to worsen the tier two remuneration rate in a financial crisis, while it would commit to never worsening the formula for tier one remuneration, especially as regards the zero lower bound.

In simple terms, Joe Public gets to keep their 3,000€ safe from negative rates, but any savings would be penalised.

Let's speculate some more on how this could play out.

Deep negative rates can be enabled to stimulate spending.

The rush to havens such as gold & Bitcoin would soon make these assets too expensive.

Storing cash securely is a problem, and stringent money-laundering laws mean every large cash deposit or withdrawal is treated with suspicion.

Last week we talked about the concept of value as an investment style or factor and some of its attributes.