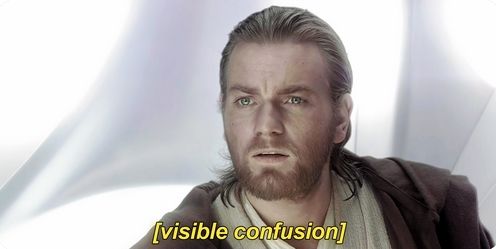 🔔 None Of This Makes Sense

Lots going on. Plenty of confusion.

Some people calling for a recession next quarter. Others point out that it's more of an anomaly and the underlying economy is doing just fine...

Apple had it's third best quarter ever, beat analyst estimates, and announced $90 billion of share buybacks. Yet Apple shares are trading lower in pre-market.

And China's in deep crisis, but policymaker pledges have given Chinese markets a boost and sent some Chinese company shares higher by more than 10% today.
Lots to unpack...

Macrodesiac partner Syscoin has listed on KuCoin! Get involved & win a share of 100,000 SYS 👇

First thing we need to do is ignore the headline completely and dig into the details.

It's not that simple. The problem with any broad-based measurement like GDP is that the good stuff is hiding in the details.

Quick recap of the GDP calculation:

And it's that last part that matters most: (Exports - Imports). Take a look at this chart comparing US imports and exports 👇

Usually, the two move roughly in lockstep even as the US maintains a large trade deficit with the world (by importing more than it exports). That trade deficit has ballooned since the pandemic with imports massively outpacing exports.

Why does that matter?

Because Gross Domestic Product (GDP) is the total monetary or market value of all the finished goods and services produced within a country’s borders in a specific time period.

Imports, by definition, aren't produced within the country's borders. One countries' imports are another countries' GDP (the exporter).

There was plenty to be positive about in the report. Demand was strong and as Jason Furman notes private final domestic demand was up 3.7% in Q1.

We need to frame the recession talk.

A recession is defined as:

Then there's a technical recession which is defined more simply as:

We're nowhere near it on the first measure, but just one quarter away on the second measure... 😜

And the data today was once again indicative of a strong economy in March.
Income & Consumption both came in above expectations.

The Employment Cost Index at 1.4% will be hot enough to keep the Fed sweating about a wage-price spiral embedding inflation in the economy. For now, the US economy is ticking along nicely.

Can Growth Be Sustained?

Not at the same levels at least. Headwinds are growing.
Here's one perspective 👇

Amazon's earnings report was poor on a number of fronts, but sales projections for Q2 were especially disappointing. 👇

Amazon is projecting sales of $116 billion to $121 billion, an increase of 3% to 7%, including an estimated 2 percentage point headwind from unfavorable currency exchange rates. The company sees operating income ranging from a loss of $1 billion to a profit of $3 billion.

Previous Wall Street estimates had called for $125.4 billion in sales, and operating income of $6.8 billion.

This is no disaster, but it's not great either.

On a conference call with analysts, the company said it expects to have about $4 billion of temporarily higher costs related to inflation—in particular for fuel and transportation costs—and excess capacity that the company built during the pandemic.

And beyond that, China's in a deep crisis comparable to the global financial crash according to this fund manager reported in the FT. 👇

Weijian Shan, whose group PAG manages more than $50bn, said his fund had diversified away from China and was being “extremely careful” about its portfolio in the country.

“We think the Chinese economy at this moment is in the worst shape in the past 30 years,” he said in a video of a meeting viewed by the Financial Times.

There's no doubt this is a seriously challenging time for China. They're ending the tech clampdown and making pledges, but will the confidence be there after such a hostile environment over the past two years...?

And to top off the growth headwinds, the strong wage (ECI) data released today practically ensures that the Fed has to keep pushing the hawkish rhetoric at next weeks' meeting.

"If everyone's expecting it, it won't happen" | The Next Big Thing in chip technology | Dollar dominates, but for how much longer?

Where are we now?

If I could sum up the state of the market looking back a week, it would be the image above.