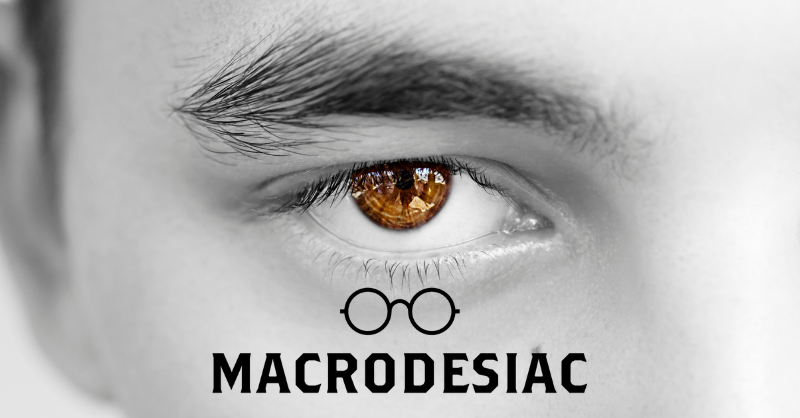 Happy New Year! Nothing's changed. None of that "New Year, New Me" nonsense for markets. The themes remain the same. As for the predictions...

Yeah, there's a lot going on. It's a year of infinite possibilities. Don't care what anyone says. In fact, we wrote about that for Capital here 👇

And a bit more here 👇

Less of an outlook, more of a what to watch...

With so much going on, if anyone manages to predict the outcomes of 2023, it's because they got lucky. Nothing wrong with that! Better to be lucky than smart.

Anyway, let's start things off in Asia. South Korean PMI's came in soft (again). Bearing in mind that South Korean exports are a decent leading indicator of forward EPS in the S&P 500, it's worth paying attention to the economic trend 👇

The demand picture really isn't great. Again, this is nothing new. 👇

Those auto exports surely won't hold up for much longer in this environment. South Korean trade data is generally painting a negative picture.

Meanwhile, imports fell -2.4% in December, for the first time since November 2020. Energy imports continued to rise due to high prices but imports of other commodities and intermediate goods declined. Since about 40% of imports are for re-export, sluggish Korean imports indicate that global demand must have softened.

PMI's are backing up that negative path. The overall reading of 48.2 indicates contraction, but the value, as always, is in the commentary  👇

Backlogs of work fell for the second consecutive month and the fastest pace in almost two-and-a-half years. Anecdotal evidence suggested that the current lack of demand enabled firms to focus on working through outstanding orders.

Added some emphasis to comments by Laura Denman, Economist at S&P Global Market Intelligence below 👇

The December PMI data provided further evidence that South Korean manufacturing firms have continued to struggle in the face of the current global economic downturn.

Low levels of client demand, on both a domestic and international scale, were central to the latest deterioration and contributed to the sharpest contractions in new orders and new export orders in two-and-a-half-years.

Firms subsequently cut back on levels of production, input buying and employment. As indicated by the weakest degree of business confidence since September 2020, it looks as though firms are increasingly anticipating the current tough economic conditions to extend into the future.

"Adding to the gloominess of December's survey was a marked deterioration in vendor performance. The nationwide cargo trucker walkout in December saw an estimated 25,000 members strike for just over two weeks and as expected, caused major disruptions to supply chains across South Korea's manufacturing sector.

It will now be interesting to see how quickly delivery times are able to recover given that November saw overall vendor performance deteriorate to the smallest extent since pre-pandemic times.

"The only encouraging aspect of the latest survey data was the easing in inflationary pressures. Notably, firms raised their selling prices at the softest rate in the current 27-month sequence of inflation and average cost burdens increased at the joint-slowest pace in two years."

In fact, it's hard not to draw parallels to the end of 2019. Back then, the economy was slowing, the yield curve had inverted, and a recession was expected.

We got a pandemic/recession, followed by a stimulus-fuelled boom instead. The round trip is now complete for loads of stock prices. Amazon's right back to the pre-Fed liquidity firehose level of March 2020...

Even though Amazon revenues have practically doubled vs 2019, profits haven't followed suit. So that's markets efficiently pricing the present, but the future is far less certain...

As much as the Fed is lambasted for focusing on lagging data such as wages and employment, what choice is there when this is happening? 👇

The wage growth gap between 'job-stayers' and 'job-switchers' is starting to narrow as firms cut back on hiring and realise the value of retaining existing workers...

“If I can see that the Burger King down the street is offering $22 an hour, and I’m making $20 an hour at the Dunkin’ Donuts that I work at, then I know very clearly what my opportunity cost is,”

“Employers are reacting to that and saying, ‘Well, we’re going to increase wages internally because we don’t want to lose the staff that we’ve already trained.”

If there's one big question for this year, it's what happens with wages and how that impacts the demand picture. Wages could rise as inflation falls. A Goldilocks period of recovering demand isn't out of the question.

I remain entirely unconvinced by the soft landing narrative though. Rates have moved too fast and economies were/are too used to low cost of capital to operate in my humble opinion.

However, that doesn't mean I'm right, nor does it mean that any soft landing will be the final landing. Infinite possibilities await...

China's economic recovery. Will it cause another bout of inflation, or drive global growth in 2023?

True or false? "when new information comes into the market, it is immediately reflected in stock prices"