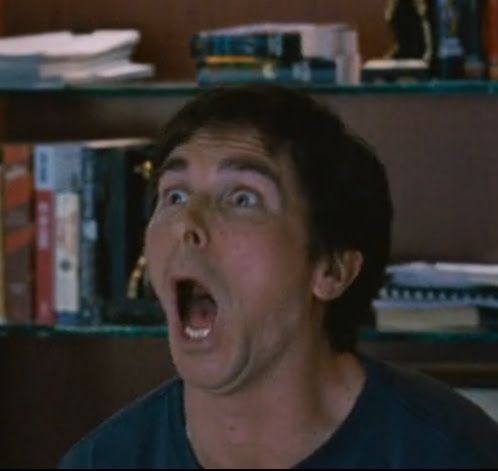 It's the end of the world as we know it... And I feel fine

I’m going to get straight into it.

It is the end of the world as we know it.

But I’m not the only one (extra points if you sang any of the above).

Reading twitter (I know, I know), and the general reports, there are plenty of comparisons to the Great Depression, the end of the U.S. as the dominant superpower, tens of millions unemployed in the world’s largest consumption economy (the U.S.), bankrupt nations, unpayable debts, the end of civil liberty etc. etc.

Now, I’m not going to argue about any of the above, and I would suggest that it is pointless to do so.

Back to the point.

Everyone knows everything is fucked now.

The first half of this year is written off. There will not be an economy again until the start of Q3.

But then, Q3 will see a strong recovery in the global economy. Everybody says so.

It might be a V, or a Nike Swooooosh.

Brilliant. Back to normal everyone! Crisis avoided.

However, we are at the point where everyone knows that everything is fucked (for a while at least).

This is the spark that pushed me to write this note.

I have noticed a certain impatience within the trading community.

Comments along the lines of;

“Come on! We know it’s bad, let’s just collapse the markets and then we can move on”.

There was confusion recently when equity markets rallied from the lows.

“Who’s buying this? The world's going to end! Don’t they know? Crazy!”

The same confusion was apparent with the oil rally last week.

On the surface, these reactions are entirely understandable.

But that’s the problem. The Surface.

First order thinking will not cut the mustard ladies and gentlemen;

First-level thinking is simplistic and superficial, and just about everyone can do it (a bad sign for anything involving an attempt at superiority). All the first-level thinker needs is an opinion about the future, as in “The outlook for the company is favorable, meaning the stock will go up.” Second-level thinking is deep, complex and convoluted.
Howard Marks

We will need to operate at the second (and third) order levels for the foreseeable future.

That is what being a Macrodesiac is all about. Paying attention and seeing what others miss.

I re-watched “The Big Short” recently.

Look at the timeline of events shown in the film;.

Most people will tell you that everything changed when Lehman collapsed.

That’s when it became “real”.

To be really clear, I am not saying this timeline will match our current situation.

I am simply saying that it can take a long time for the process to play out, and to prepare ourselves for this.

All of the key protagonists in the film experienced the financial pain of being right, but also being early.

Take a look at this timeline of headlines during the 2007-2010 period (click to enlarge, it’s not clear zoomed in). Lehman collapsing is right there in the middle; September 2008, and that’s when the S&P really began to fall.

All of the warnings were present then, just as they are present now.

Take a moment to consider where we might be in this storyline.

History doesn’t always repeat but it does often rhyme…

Equities did not sell off sharply until the unthinkable happened with Lehman.

Yet, by the time mortgage delinquencies set their record in Sept 2009, no-one really cared anymore.

“With an absence of good news, the path of least resistance is down."

Could the opposite be true (and applicable) now?

“In the absence of bad news, the path of least resistance is… up?”

A possibility that I am strongly entertaining is that equities have bottomed for now.

What if we begin pricing in Q3 now and equities begin to rally?

What if the narratives of “unity” and “getting through this together” begin to take hold?

I am not saying this is definitely going to happen. I am just saying to be prepared for all eventualities.

Realistically, how much worse can things get for the economy (in the near term)?

All of the “bad news” is currently priced in. “Bad news” headlines are met with a shrug of the shoulders now, even though the global economy is essentially standing still.

I maintain that there is a lot of pain to come, but it will likely take many months to play out.

Being right, but early can be a very painful experience. Just ask this guy;

Just something to think about.

Be aware that last week was pretty low on volatility.

I doubt it will stay that way for long, so be prepared, manage your risk, and stay safe.

Remember, no-one knows what's going to happen next, and sometimes we all have to do things that just don't feel right;

Walking In A Winter Wonderland?

'Markets are stuck in 'Macro Purgatory' 'With an absence of good news, the path of least resistance is down.'