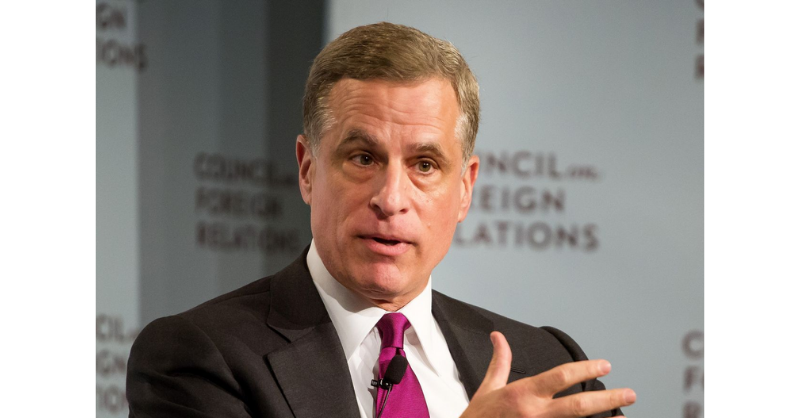 It might be legal but you should still be pissed

That time when we realise that everything is just a massive con.

Robert S. Kaplan, Dallas Fed President, has been 'caught' (by his legal disclosure) buying and selling stocks through 2020.

This is no real shock, considering he was at Goldman for many years...

The problem lies when you recognise that he has been privy to all information surrounding what the Fed was going to do.

Let's delve into this case and a few others to get you pissed off.

Pretty much all of Kaplan's 22 positions were in ticket sizes of $1m+.

So he'd be classed as a sophisticated investor.

We can disregard the equity holdings...

I don't think anyone should necessarily begrudge being involved in them, and they are rather obvious trades.

Long big tech and he obviously had the understanding that the airlines would regain over the longer term - again, not a murky type of trade.

My gripe comes more in the bond ETFs bought.

Fine, run a 60/40 portfolio, but dealing in and out of corporate bond ETFs at a time where corporate credit is at its lowest yield ever?

Oh yeah, I wonder what you were doing with that one, Mr Kaplan...

This particular example gets me wound up.

The Fed had never bought corporate bond ETFs before.

The year they do, Kaplan is active in the space.

Again, sure, this might be a very feasible investment strategy.

But one thing matters when you're in the public eye.

What Kaplan has done might be fine and legal, but we have to think of the context here.

This has been a year in which people have lost jobs, have had loved ones die, have been decimated financially.

Yet here is a man who literally sets the policy deciding where markets should go, buying and selling as if he's just your Average Joe.

Now that it's come out, there is a tonne of disdain towards him.

People complain that communism has a political class that reaps the wealth, but clearly the same thing happens in a more free market society too.

I mean, take the example of Pelosi.

Paul Pelosi, the husband of U.S. House Speaker Nancy Pelosi, exercised call options on 4,000 shares of Alphabet Inc. stock on June 18, worth a little more than $10 million at the time. The move, disclosed in a financial disclosure signed by Nancy Pelosi on July 2, netted him a gain of $4.8 million at the time and triggered suspicions of potential insider trading as the exercise came a week before a House panel considered anti-trust legislation to break up big tech companies, including Alphabet.

The first point to note is the option exercise was a non-event. The options expired on June 18 and Paul Pelosi had to exercise them. If he had done nothing, his broker would have automatically exercised them for him. The options allowed him to purchase Alphabet stock for less than half its market price, and it would have been financial insanity to let them expire unexercised. Both before and after the exercise, Paul Pelosi had essentially identical market exposure.

There is NOTHING illegal about this.

But it's not the point.

The Fed is already considered to be a big bogeyman, as well as the politicians at Capitol Hill.

Things like this simply erode trust and cause further breakdowns in how our institutions can interact with the general public.

Imagine someone who doesn't even have a portfolio of stocks.

What are they gonna think?

'Oh yeah it's all OK because it's legal, even though they are executing trades with money I won't even make in my lifetime'?

Let's shock you a little.

What if I told you there was taxi data to show that the Fed has a very close relationship with all the banks?

But what if I told you the taxi data showed that there was an even closer relationship between the Fed and the six largest banks in New York around FOMC meetings?

That's what this paper from the University of Chicago shows.

I employ a rich dataset constructed from anonymous trip-level taxi data to examine interactions between insiders of the Federal Reserve Bank of New York and major commercial banks around FOMC meetings.

I find evidence suggestive of an increase in meetings between them both at the New York Fed’s offices and in areas associated with dining and shopping.

The occurrence of the changes very late at night and during typical lunch hours suggests informal or discreet communication.

This first pass at what insights taxi data can provide into opportunities for information flow from the Federal Reserve Bank of New York to major commercial banks illustrates the potential of ride data as a tool for the examination of individual and corporate behaviour.

What amazing information to have.

Direct contact between the NY Fed's trading desk and the big banks, right at the most important meetings for markets.

And the late night ones would probably indicate some drinking is involved.

Well, I'd change that to loose lips equal bps.

Now, let's add in this paper from the ECB on price drift before US macroeconomic news (there's probably some alpha in here if you look closely 👀)...

Superior forecasts of the announcement surprises may also be generated by “digging deeper” into pre-packaged information products, for example, by using forecasts by individual professional forecasters instead of the Bloomberg consensus forecast.

Further improvements in forecasting may be due to resource-intensive legwork creating original proprietary datasets that proxy the data underlying public announcements.

The small number of market-moving announcements makes it difficult to definitively rule out either information leakage or superior forecasting.

Despite this limitation, our evidence suggests that organizations that are not subject to the Principal Federal Economic Indicator guidelines are prone to pre-announcement drift.

We also note that three of our drift announcements are released under rather lax procedures.

Whether the drift in announcements with seemingly stronger safeguarding of data is also due to leakage or massive data collection and forecasting power of some market participants remains an open question. It is also conceivable that several factors combine to cause the drift.

Sure, it's conceivable that large firms will have access to proprietary data sets.

Sure, it's also conceivable that they have mental algos that can pick up on orderflow and somehow interpret it in a way which coincides with a correct directional bet.

But with the information above with regards to the taxi data, it is also conceivable that data leakage could be at fault.

And therein lies the problem.

The fact that there is tangible evidence for said data leakage instantly creates doubt and distrust.

This is not a piece directed to trading or necessarily being put at a disadvantage, since trading is extremely hard no matter what.

It is a piece trying to signpost the reasons why people may face distrust in our institutions and why optics are so important.

Electric Vehicles are 'only for the rich' Supply chains disrupting production well into next year... When's the political revolution?

Will China go the way of Japan? It won't be too long before we find out... Ah, and the Fed DO buy stocks!