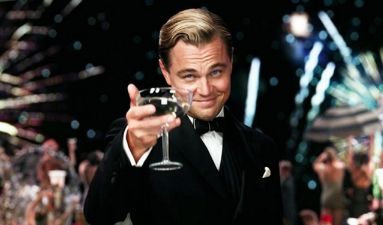 It's astounding that this article even needs to be written. For a developed and supposedly 'over-educated' society, there are some really basic things about how the world works that too many people simply don't get. Like this 👇

Yep, energy companies have made a load of money lately. But are they really so excessive that they deserve to be penalised?

Well, what stands out to you on this chart? 👇

Ah yeah, that gigantic f**kn loss they took when the whole world was locked down.

Maybe we should apply a windfall tax on the UK government? After all, fuel duty and vehicle excise duty revenues amounted to 37 billion pounds ($51.2 billion) in the 2019/20 financial year, equivalent to 1.7% of economic output.

Just give us some of those taxes/profits back, problem solved, right?

And where does it stop? Why only BP? What about the refineries? 👇

If you know anyone who's massively in favour of a windfall tax on the 'energy giants' but they don't know what a crack spread is, maybe politely suggest that they shouldn't keep embarrassing themselves in public.

Or, if it's someone you don't like, make them feel really silly by asking them if they'd like to go global with their windfall taxes and target Aramco... 👇

After all, windfall taxes ensure UK companies such as BP & Shell are less competitive. So if they support windfall taxes they're implicitly supporting the Saudi regime, right? 😉

I don't recommend it though. As the saying goes...

“Never argue with stupid people, they will drag you down to their level and then beat you with experience”

I realise this is coming off pretty harsh and elitist at this point. Everyone's an idiot and I'm not hahaha vibes.

But that's the point.

I too, was once a mouthbreathing ignoramus, perpetually outraged by 'the current thing', and seeing the world through the simplistic prism of good vs evil.

The markets humbled me, forced me to recognise that the world is an insanely complex place, and simple solutions are invariably, NOT simple.

Ignorance is a choice however, so I reserve the right to mercilessly mock my former self and anyone arrogant enough to believe they've got it all figured out (and/or believe that somehow nobody among the other 7.9 billion humans on the planet has thought of their simple solution to a complex problem).

Let's be clear. Nobody has it all figured out.

This 1958 story about the complexities of making something as simple as a pencil should shatter that illusion. It's blown many a mind. 👇

“It is even more astounding that the pencil was ever produced.
No one sitting in a central office gave orders to these thousands of people. No military police enforced the orders that were not given.
These people live in many lands, speak different languages, practice different religions, may even hate one another—yet none of these differences prevented them from cooperating to produce a pencil.
How did it happen?
Adam Smith gave us the answer two hundred years ago.”

The Importance Of Profits...

Profits are a pricing signal. The economy isn't some zero sum game of winners and losers. The music never stops, and if it ever does, we'll all be too dead to notice.

Back to that pricing signal 👇

Profits also attract capital for investment. Low oil prices from the over-development of the US shale industry led to poor shareholder returns.
Which leads to this 👇

ESG pressures on the fossil-fuel industry weren't helping either. Higher borrowing costs make it even more important to keep those shareholders on board.

But those oil prices 😍

What happens if we confiscate those profits and socialise them? Will oil companies invest today in the increased production that brings down tomorrow's energy prices?

Err no. Because they haven't got the profits anymore...

What's new? Are we no longer on the brink of imminent global destruction due to catastrophic climate change?

"It might be that Big Oil has convinced some investors the energy crisis overrides the climate crisis," said Dutch environmental activist Mark van Baal of Follow This

"Big Oil" hasn't convinced anyone of anything Mark. Energy prices did that all by themselves...

Profits are more than just a signalling mechanism too. They're also a buffer that allow companies to make new investments (that might not work out) and live to fight another day. 👇

And the promise of potential profits incentivises entrepreneurs, and perhaps more importantly, the shareholders that back them with capital.

What message does it send to innovators if society ostracises rather than rewards them? 👇

Above all else, profit isn't a dirty word. And we should be really careful about dis-incentivising profits and the impact that could have on society and the global economy.

Be careful what you wish for.

The hindsight blame games have started, "everybody" saw this coming... But what does the future hold? Stagflation: A decade of investing disaster?

Misery Index Points To Rising Pain Across The Western World Central Banks: "it's for your own good, we love you, the economy is still growing"