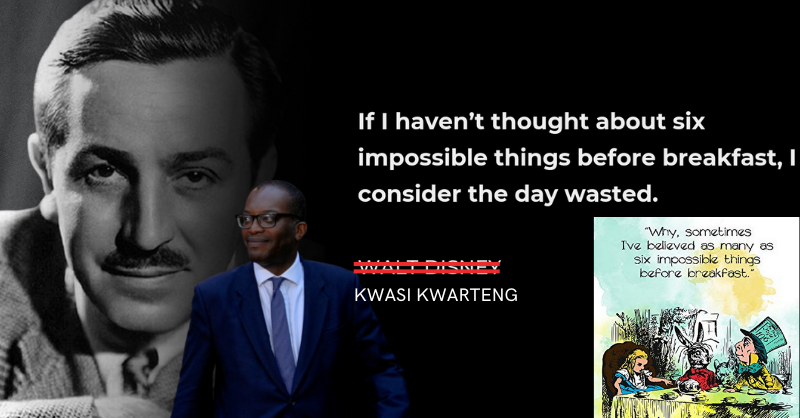 Unless you're living off-grid and completely unaware of the imminent British apocalypse, you'll know that financial markets are melting down about the UK's grand plans to become a less sh*t economy.

None of this makes sense from a socio-economic or even an 'open your eyes to the wider world' perspective.

The market reaction kinda does make sense though. Markets don't like change or risk, and there's no doubt that this project represents both.

A totally understandable reaction, but probably overdone. Likely the first of many around the world.

The Bank of England will HAVE to step in...

You get the gist. Everything's REALLY broken. People are losing their minds. The apocalypse is nigh and so on. The Bank of England is expected to make a statement/emergency intervention at any moment.

More competition for jobs, controlled immigration to meet skills gaps rather than open-door from EU. Better prospects, more investment around the country to improve Britain's overall economic capacity & shocking productivity and much more.

We mentioned the immigration changes that are already happening here 👇

Higher interest rates will likely remove the speculative elements from the property market too, which will be terribly un-British.

The property magnate dream of the masses is destroyed. The BBC's in crisis.
How are they going to replace Homes Under The Hammer if the Great British Public stops buying p*ss-soaked properties at auctions so they can 'do them up' (magnolia paint doesn't count guys) and rent them out?

And they're borrowing to fund their plans! Whoever heard of such a thing? Ah right. That's literally how this whole thing has worked since forever.

And people STILL don't understand taxes. It's always rich vs poor, as if the real world is some kind of magical Robin Hood fairytale. Just take all the money from the rich, give it to the poor, and everyone lives happily ever after.

Or the arguments that we'd be better off giving tax cuts/allowances to those who need it most and would spend back into the economy. That's not the point at all!

That's just short-termism dressed up as justice. This tax plan isn't designed to increase consumption. It's a plan to increase the size of the economy. It will take time to bear fruit.

Imagine you provide more tax cuts/allowances to the lower income brackets right now. How does that improve the UK's economic capacity?

It's literally just buying votes by giving people a short-term high. Once that passes, everyone goes back to complaining about governments not fixing the long-term structural issues in the economy. Tried, tested, failed many times before.

It's no wonder politicians never have a crack if this is how they're rewarded for taking a gamble. But nothing's worth doing if it's easy.

It's a massive gamble, but there are few (if any) better options. We'll come back to this. First, let's quickly address the income tax situation 👇

The top 1% already pay a third roughly a third of all UK income tax. How much more juice can be squeezed from them before they tell everyone to p*ss off, create an elite version of Bitcoin and bugger off to Elon Musk's modern-day Elysium elite paradise (or more realistically, Monaco, Bermuda)? 👇

Who is paying income tax?

56% of the population are paying income tax. Of those 31 million people, 300,000 actually pay in 27% of the income tax total. The top 1% of earners pay almost a third of the UK’s entire income tax.

Why are 43% of people not paying income tax?

Firstly, it is important to establish which groups of people are in this category: unemployed, stay-at-home parents, full time carers, homeless and retired.

Bottom line, you can't just keep squeezing more from the rich and giving it to the poor. Especially when we're looking at a larger retiring population, which means more of those savers drawing down on their savings.

Essentially, retirees have put in to the economy for decades, and now they're gradually cashing out, and in some cases removing people from the productive workforce to care for them.

Benefits are increasing too. How is any of this sustainable without economic growth?

Hopefully, that's enough to convince you that we can't simply Robin Hood our way out of this. Large elements of the UK economy had been sent abroad over the past few decades, both to Asia (like much of the West) and Europe.

That model was already broken before Covid, so why continue with it now?

Stagnate or roll the dice

Have a read of this beauty from the WSJ's Editorial Board 👇

Mr. Kwarteng also surprised by eliminating the 45% tax rate on incomes above £150,000. The top marginal rate now will be 40%, slightly less than Germany and France.

He is also making permanent what had been a temporary tax-free allowance of £1 million on business investment, rather than allowing the threshold to fall back to £200,000.
Treasury estimates the higher allowance will allow immediate full expensing of all business investment for 99% of U.K. companies.

That provision more than any other explains what’s going on here. Ms. Truss and Mr. Kwarteng believe a chronic shortfall in investment explains Britain’s economic travails over the past decade, and they think previous Tory governments didn’t do enough to unlock the productivity-boosting investment Britain needs.

Sometimes they say it's better to be lucky than smart. Why didn't those previous attempts work? Perhaps, because it was more economical to invest elsewhere, or grift your way to profitability somewhere else in the world by leveraging up on cheap credit.

That world's gone. The global economy of cheap, skilled labour is behind us.
Non-productive investments are out of season. Unfettered globalisation is in retreat.

And this paragraph struck a chord too.

Even now, most British commentators are approaching Ms. Truss’s plan with what looks like willful blindness. A frequent complaint is that there’s no evidence tax cuts for corporations or higher earners will boost demand. Maybe not, but that’s also not the point.
Britain doesn’t need a Keynesian demand-side stimulus. It needs the supply-side jolt Ms. Truss is trying to deliver by changing incentives to work and invest.

It IS willful blindness. Honestly, maybe I'm mental (I am, just not this time), but this is what every European government needs to be attempting too, and I suspect they will, at some point (another story for another day)

From a market perspective, the timing's terrible. Heading towards a global recession, energy crisis, higher borrowing costs, you know the drill, but what's the alternative?

The challenge now is to sell this to the public. Let the baying masses die down, and then start rapidly delivering. Get the public onside, call an early election if necessary and then enshrine the plan in law for at least one electoral cycle.

Easier said than done perhaps, but that will drive confidence to invest in productive activity rather than the grifts of the zero interest rate era.

The reckless move to cap gas prices with unlimited funds isn't proving so reckless after all. 👇

Can Trussonomics repeat the trick? It seems impossible, but we haven't even had breakfast yet...

But as investors pass judgment on Mr. Kwarteng’s Friday announcement, they might consider the stakes. Britain has become the most important economic experiment in the developed world because Ms. Truss is the only leader willing to abandon a stale Keynesian policy consensus that has produced stagflation everywhere.

Read the plans for yourselves rather than heeding the jeremiads of economists who haven’t been able to offer any better ideas for how to revive an economy.

As further contrarian tonic for the nerves, these last two notes from ToscaFund are packed with UK data and insights 👇

Or read the plan for yourself. It's all here 👇

Cut corporate taxes, more money for the bankers, cut stamp duty to keep the property market propped up. What's Truss up to?

Time to buy the dip in stocks? Maybe just a nibble...