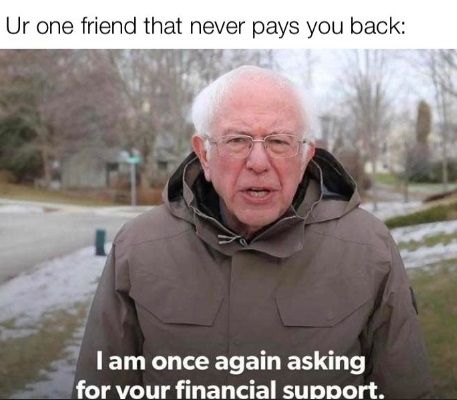 🔔 I'll Pay You Back Later

I'm not sure if time value of decisions is the most accurate way to frame this, but that's how I'm thinking about it.

There are two main reasons backing this theory:

Since money tends to decline in value across time due to factors such as inflation, the purchasing power of money also decreases.

Cash flows received in the future (and with increased uncertainty) are worth less than the present value (PV) of the cash flows.

If you risk one dollar in an investment, you should reasonably expect gains of more than solely your initial one-dollar contribution as a return.

For each incremental unit of risk you take on, you should expect a proportionally higher return in exchange.

How about the time value of promises?

The White House announced this morning that the U.S. will rapidly increase exports of liquefied natural gas to Europe as Germany and other E.U. nations try to diminish their dependence on Russian fossil fuels.

The move will ramp up LNG shipments carried by seagoing tankers by 15 billion cubic meters this year, according to a fact sheet released by the White House. As a comparison, the United States sent 22 bcm of LNG to Europe last year, the highest ever traded between the two continents.

That helps, but the EU imported 155 billion cubic meters of gas from Russia in 2021 so there's still a lot to replace.

For now at least, European countries are still buying Russian gas, and planning to build up the storage to 80% before neatly transitioning away from Russian gas supplies in 2024.

Putin knows an embargo is coming, so rather than wait, he may want to regain the initiative and cut the flows now, before Europe can line up replacements. It’s a classic “I dump you before you can dump me” move.

I hope I’m wrong, but the continent is likely to suffer a gas supply interruption in the coming weeks and months. The first potential cuts may come as soon as April 21, when some smaller European utilities have to pay for gas supplied in March, and the Kremlin is likely to insist on ruble payment.

The hope is that the counter-dependency (EU needs gas, Russia needs cash flow) will hold the fragile status quo for long enough.

Now, the US "helped out" back in December too (before the Ukraine conflict).
The 14x European premium was too juicy to ignore. 👇

The obvious problem with selling your domestic gas overseas? 👇

The bulk of oil and gas executives surveyed this month by the Federal Reserve Bank of Dallas said they expect natural-gas prices to end the year between $4 and $5.50. Over much of the past decade, it took blizzards to push prices that high.

The time value of the decision to help Europe is likely to be higher natural gas prices in the US.

Then there's oil and the SPR

Sure, spot prices went down a bit as the release was announced, but futures curves are anticipating higher prices for longer. 👇

Still, if this pricing holds up, Trafigura's worries that the SPR release would disincentivise new production look ill-founded.

Roughly a year after the Saudi oil minister said it was all over, drill baby drill might be ready to boom again.

But the time value of these promises to ban Russian energy is likely to mean higher energy costs for everyone.

Can the moral & political alliances withstand the financial consequences?

Paying later isn't just about money. It's about paying the consequences of present decisions in the future.

Very quick post here, since we're at a key support. Here's how the DAX is positioned right now.

🔔 The End Of Globalisation

"Reports of my death are greatly exaggerated" Globalisation has peaked, but it ain't over