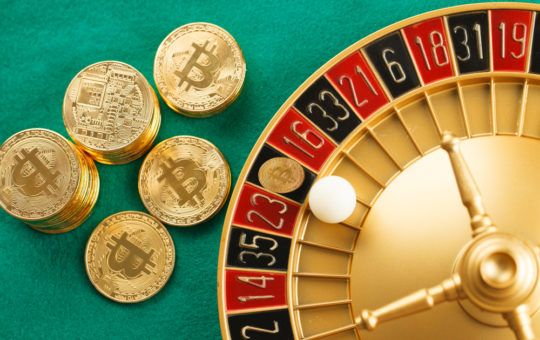 Let me preface this by saying that I am not a crypto expert.

Although, I have not lost a crypto trade yet on my small sample size of n=12.

So maybe I am.

But there's something that I have been thinking about quite a bit recently, and that is whether there is a way to really filter down coins and know whether one has a better chance of succeeding than others, out of the many thousands that are out there.

I think if you look at macro stuff, your natural curiosity will lead you to go down this route.

I wear two hats when I look at crypto.

One from a trader's perspective.

'Oh shit, I can make a lot of money from this.'

And the second one from a more rational perspective.

'This is absolutely ridiculous.'

I think a lot of the De-Fi coins relate to the second sentence.

Rug-pulls seem to be a very common occurrence in the space - y'know...

When a developer ends up selling all their tokens, or a hack happens because of some unaudited code or whatever.

But what if there were a selection process to mitigate your exposure to this?

It's a term from the bond world.

As the yield on a bond changes so too does its duration, a bond’s convexity measures the sensitivity of a bond’s duration to changes in yield.

Duration is an imperfect way of measuring a bond’s price change, as it indicates that this change is linear in nature when in fact it exhibits a sloped or “convex” shape.

A bond is said to have positive convexity if duration rises as the yield declines.

A bond with positive convexity will have larger price increases due to a decline in yields than price declines due to an increase in yields.

Positive convexity can be thought of as working in the investor’s favor, since the price becomes less sensitive when yields rise (prices down) than when yields decline (prices up).

Bonds can also have negative convexity, which would indicate that duration rises as yields increase and can work against an investor’s interest.

Alright David, what does that have to do with crypto?

Well, let's consider what I said above about rug pulls.

One of the greatest risks is that a crypto project's developers sells their large holdings of coins right?

And we know that the key to investing is not to lose money, right?

So can we mitigate it a little?

In crypto, you have very fat tails - that is, there is 'excess kurtosis' exhibited in the market.

Yeah, this is a feature; a feature when you can get massive upside, but a bug when the shit hits the fan and you're down 50% in a day.

There is a 'leptokurtic distribution in crypto - there is a lot of tail risk.

Naturally this is not only a crypto phenomenon.

It's exhibited in many markets, breaking risk models constantly (see 2008).

Now think of how a crypto project has to make money.

The team tends to have a large amount of holdings that gets distributed out at a pre-sale, then the coin goes to market.

They hope the price goes up...

The problem here is that if they actually wish to fund anything and do what they lay out in the whitepaper (let's not include scams here, although scams do pump the hardest, yada, yada), then they have to sell their holdings - of which they still retain a hell of a lot of, even after pre-sale.

This is being short convexity and is a sin in the bond trading world - and bond traders are the smartest in the room.

And as I mentioned above, this is unlikely to be a trivial amount that they hold.

What's the answer for us?

So we've identified a flaw in the longevity of some crypto projects (most).

I know many probably don't care because you can make money on wild pumps, but I am thinking here more from a risk management perspective with this article.

How can we reduce that left tail risk a bit?

By not being exposed to some of those short convexity projects.

Think of the recent exchange tokens.

How does FTX, Binance and Uniswap make money?

Well, for the first two its from trading fees from users - no need for Sam or CZ to sell their tokens, right?

For Uniswap, it's backed by a crypto hedgefund, Paradigm and it's likely they're going to start taking fees from transactions and distribute them amongst the founders.

But also, at the moment, all of the protocol's fees are redistributed amongst its liquidity providers - so nothing yet to really dump anyway by a few entities.

Again, no real reason for any dumping, even if there is a different dynamic there with a decentralised protocol rather than an exchange.

Utrust (UTK) is another project which doesn't necessitate the founders selling their tokens.

Instead, they make money from fees taken per payment made from crypto to fiat.

There are many like this, but I'd say they're less in the DeFi space and more from the traditional releases of tokens.

One thing to be aware of is that Equos has also released its exchange token...

And it's pretty new.

I think it'll have the same fate as FTT, BNB in that it has the same long convexity criteria.

EQO is the name, tradable only on Equos.

What's the thinking then?

This is not meant to be a dead cert that buying cryptos that aren't short convexity will succeed.

Rather, it's meant to be a process perhaps where you're really limiting that downside over time by being able to filter out one large cause of a crypto having a massive dump 💩

I reckon we should do an investigation into this together via the Discord (click the link if you haven't already joined).

We're all about filtering information, and if we can eliminate a cardinal sin of trading from the traditional financial world, then we might stand a better chance of success in this new paradigm 😉

'Supplementary Leverage Ratios are so hot right now': You heard it. The catwalks of Wall Street, the City of London and other financial centres around the world have all been talking about it...