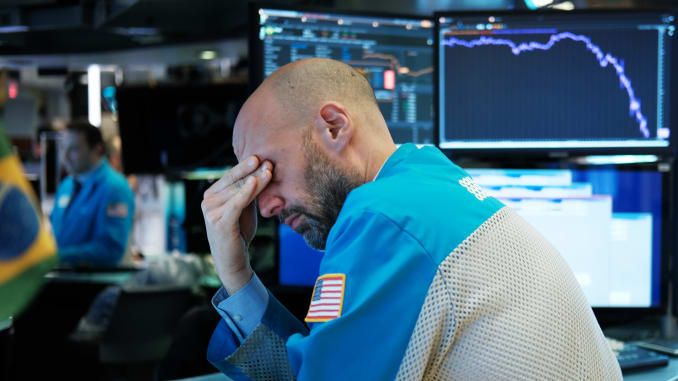 This article is in partnership with Utrust, the seamless integration that gives e-commerce businesses the power to accept digital currencies - and get all the benefits you can’t with just traditional payment methods.

And they're about to release their new card, Hold.

I'm a big fan of Utrust - they have a top product and team.

In this article we look at ways to improve trading outcomes.

These are key ways in which we have developed into macro traders and are things that we are constantly working on.

Have a read and see whether they help you.

How to Avoid Information Overload

It's often thought that the key to being profitable in the markets is about having an in-depth analytical process to follow and while that can certainly help, that's not the whole story.

To make money consistently in trading, you need to have and maintain an edge or advantage over other traders. But in today's connected world can an individual trader have an informational edge?

Is the self-determined trader really able to beat bank research divisions, hedge-fund analysts, top economists, and switched on journalists in the financial media with all their resources, access and computing power?

The answer to these questions is that it's highly unlikely that they can. However, that's not all bad news.

Is information an advantage?

That's a good question, isn't it?

On the face of it, it's tempting to think that the answer is yes, but let's take a step back and consider the question in more detail. Thanks to the internet and world wide web, it's never been easier to access and gather information on almost any given subject.

Financial markets were one of the first industries to be digitised, and there are literally thousands of websites, databases, blogs, chat rooms and social media feeds etc. devoted to them.

However, given that the average human brain is only able to hold, and concentrate on four or perhaps five items at any one time, do we need to have hundreds of sources of information? Much of which likely to be duplicated among these sources.

The answer to that is 'No.'

What we need is a focus on quality over quantity

You'll soon discover which sources are the ones that contain information that's relevant to you and the instruments you trade which is how you have come to be reading this on Macrodesiac.

Over time you will no doubt edit this list removing some sources and adding others, in what we might call a rolling curation. Indeed, there are specific tools such as feed readers and clipping apps that allow you to do just this.

Is there another way?

You got into trading to try and make money, not to become the editor of a news feed, right? And though it's always good to have an informational sounding board to refer to and check against, there is a style or method of trading, that in its purest form, allows you to ignore the background noise that the ocean of information creates.

That style is Technical Analysis or TA.

TA is the study of price action, or if you prefer, of price and, where available, volume. It is typically carried out using charts; the TA purists think that these charts contain all the relevant information about a market.

They believe, with some justification, that changes in price, reflect changes in market sentiment. Which is itself distilled from the attitudes of all the traders that are active in that particular market or instrument.

Quite simply, they believe that the only information flow we need to consider when we trade is the information contained in our chart.

However, once armed with a few simple rules and tools, even the newest traders can make good use of TA.

Does this really mean that you should only pay attention to charts?

I would say no, firstly because trading off of the charts in isolation could be likened to choosing to box with one arm tied behind your back, secondly because I believe that it’s news flow and macro data that helps to set the price action contained in charts in its proper context.

Most market professionals use both fundamental and technical inputs to aid their decision making, and you probably should too. By blending these disciplines, you will be moving a step closer to the goal of being at one with the trade.

At the beginning of the article, we asked if a retail trader could maintain an informational edge over their institutional counterparts? And although the playing field has been levelled somewhat by the internet and online trading, the reality is that the large players will nearly always have the upper hand when it comes to information. Simply because as professionals, in an institution, they have greater depth and reach.

However, that doesn't mean they always get it right, because as we noted earlier, good trading is about interpreting what's in front of you correctly, and then acting accordingly.

Because trading in margin FX and CFDs is conducted online, when an institutional, professional, or indeed any trader acts in the market, we can see the effect of that trade almost instantaneously.

It's reflected in the price quoted for and the chart of the instrument in question. Larger trades are likely to have a more significant impact of course, large or small they all show up just the same.

Remember that as traders, we should be agnostic about the direction that a price moves in and to some extent, the reasons why that has happened.

That might sound odd. However, our focus should be on taking maximum advantage of that price move.

This is a large part of what we mean when we say try to 'be at one with the trade'. Spotting a trend and going with it for as long as it lasts and then joining the next trend, even if it's in the opposite direction is precisely the kind of behaviour we are talking about here.

The actions of Institutional traders, who may have an informational edge, can create and finish trends, but as traders, we need to be alert enough to recognise such price action as and when it happens, and then trade accordingly.

In doing so, we are effectively surfing on the bow waves that the bigger ships create.

Green on the screen in Asian indices overnight. Risk sentiment is pretty positive across the board. > Markets grinding higher through

Well, it's been an topsy-turvy night and we're not done yet. The only thing we know for sure is that