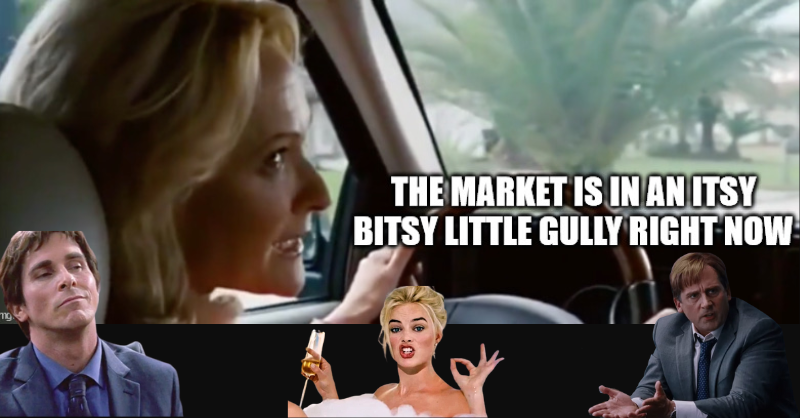 "Errrrmahgerrrd. The housing market is like, totally crashing you guys. It's gonna be 2008 all over again!"

Yeah... Is it though? There's an absolute f**ktonne (official measurement) of selective reporting around the housing market lately.

That doesn't mean that the reporting is incorrect. It's more that it pays to be cynical. Stop and think about things a bit. Like this legend 👇

(I expect none of you to remember Columbo. He was already vintage when I found him. He's the greatest detective over-actor there's ever been).

Anyway, Bloomberg has the goods for us here 👇

The World’s Hottest Housing Markets Are Facing a Painful Reset

You've already had the first big clue in the title, so let's throw in a chart to back that up. 👇

Those cities that saw the biggest gains (except Toronto, which is weirdly holding up a lot better than the others) should now expect to see prices fall by a disproportionate amount. Simple.

And mortgages are getting more expensive due to higher interest rates. Nobody should really be surprised by this.

However, there are always people who get sucked in. This guy leveraged up, but didn't even consider the scenario of interest rates rising... 👇

Media (including social) will always amplify these outlier stories, but they don't necessarily represent the critical mass that can impact markets and prices more broadly.

Another example from that same Bloomberg article (and Fitch) 👇

Two things leap out. First, the data is only for mortgages originated in 2020. Second, this line from the referenced Fitch report should trigger a few alarm bells... 👇

We examined the 2020 vintage, which we consider a good proxy for loans that could be included in forthcoming RMBS and CVB portfolios but is not representative of the entire mortgage market stock.

Oops. Let's dig into the Aussie market a bit deeper, seeing as they have the largest proportion of potentially problematic variable rate mortgages in that particular dataset.

As luck would have it, the AFR has just published a really strong analysis piece on Aussie property. 👇

Big picture, there are two main aspects to consider.

Gareth Aird, an economist at the country’s largest home lender, Commonwealth Bank of Australia, is tipping national house prices to decline fairly rapidly by 15% peak-to-trough and bottom by mid-2023.

“A correction of around 15% is not particularly problematic,” he says.
“But if you get a 25% reduction, you do get into problems.

“The more house prices fall, the more it becomes a problem and the more people enter into negative equity, there is more of a negative wealth effect, less confidence, more fear and less housing turnover.”

2.   The impact of rising interest rates on discretionary spending.

So, maybe prices will fall but things won't be quite as bad as feared. The AFR end with some good news/bad news reporting. 👇

A positive factor that gives the RBA confidence is that more than half of variable rate borrowers are more than two years ahead on mortgage prepayments.

Moreover, a large amount of housing debt is held by higher income earners including investors who tend to have bigger liquidity buffers.

About 35% of variable rate borrowers are already making larger than necessary repayments to fully cover a 3 percentage point rise in mortgage rates.

Sounds positive, right? Not so fast...

But, more worryingly, almost 30% of variable rate borrowers would face repayment increases of at least 40% with a 3 percentage point increase in interest rates.

No getting away from that. If you're in that position it's gonna sting...

Then again, it's supposed to. That's the entire point. They're trying to slow spending by making people feel poorer... 👇

"...former RBA official Peter Tulip says he expects house prices to fall more than 25% over the next couple of years. Tulip’s rule of thumb is that for every 1 percentage point change in interest rates, house prices fall by 8%."

“It won’t be disastrous. I think it will be necessary,”
“The labour market is overheated with 3.4% unemployment and spending needs to fall from above trend to below trend.”

That's the plan. If there is going to be true pain, it's barely begun yet. Prices can fall further without putting a huge number of people in negative equity. Mortgage payments will start to increase next year, the walls will close in and the squeeze will continue until inflation slows.

Because there's still a LOT of equity in homes. Even allowing for a 25% fall in Australian home prices, only those who've bought (or re-leveraged) since the start of the pandemic would be in the red 👇

Over in the US, the home equity buffer is exceptionally high too.

Obviously things can change over time, but it's still far too early for panic and chatter about 2008 comparisons.

This stat from the always excellent Bill McBride is a perfect illustration.

However, HELOC's 👇 will definitely be a trend to monitor...

While withdrawals via cash-out refinances fell by 30% from Q1, preliminary data from the Black Knight home equity database suggests home equity lending was up nearly 30% quarter over quarter, the largest volume in nearly 12 years

Another factor to consider is how homeowners respond to higher interest payments if the job market doesn't slow. Will workers demand higher wages to offset the impact of higher interest rates on their largest single monthly expense?

Maybe a stretch too far... Although everything about the recent cycle has been weird so why not some Erdoganomics to complete the set?

The market is pretty ilLITquid

Great business you have there, does it actually make any money?