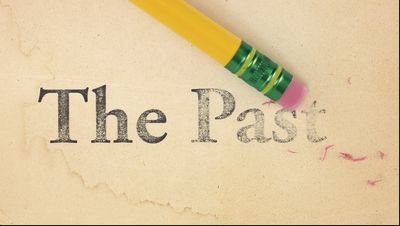 This has started doing the rounds again lately. 👇

And yet not very many people think we’re in the middle of a second housing bubble. Rather, most experts believe that today’s housing prices reflect “fundamental” factors.

But that leads to a question that at first glance might seem crazy: what if those same explanations largely explain the housing boom that peaked in 2006?

What if the big problem in the early 2000s wasn’t an excess of houses but a shortage of them?

I'm trying to play nice. So if you believe that the housing bubble was "just under-supply", we can still be friends, but only if I can remind you of your wrongness every day.

Seriously, something we're always doing in the Premium community is adding context to make sense of an increasingly noisy world. For example...

There's more to a bubble than prices

Why's it different this time?

Back in the boom times, anyone could get a mortgage. House prices only went up, so if you could make the repayment, you got a mortgage.

If you couldn't make the repayment, you just sold for a profit because the house would've gone up in value. Easy.

100% mortgages were easy to get. In Spain, they were literally throwing money at anyone with a job.

Even 120% mortgages were common. 100% finance for the house. Oh and here's some extra for the taxes & furnishings.
Buy a car or take a holiday with whatever 's left over.

Here's the kicker. Make the payments for six months, and you could do it again. And again, and again.

The stripper scene in the Big Short (don't open the link at work 👀) was typical where I worked in Spain, only it wasn't just strippers. It was everyone.

We spoke about the housing market this morning. That video will be up on the YouTube Channel soon. Hit subscribe to get notified when it drops 👇

“A bubble requires both overvaluation based on fundamentals and speculation. It is natural to focus on an asset’s fundamental value, but the real key for detecting a bubble is speculation.”

For me, it's also about leverage in speculation. When everyone goes 'all-in' on a sure thing, you know it's going to end badly.

Now, even though it isn't a bubble, nobody's saying that the current housing market is healthy.

Housing is increasingly unaffordable, especially for those not already on the ladder. Interest rates are now increasing along with the cost of living, both due to inflation.

Some kind of mean reversion in prices looks inevitable, a matter of when rather than if.

In the UK, the Bank of England is looking to relax affordability rules.

These are a limit on the loan-to-income limit and an affordability test, which specifies a stress interest rate for lenders when assessing peoples' ability to repay a mortgage.

The loan-to-income-ratio is the multiple at which banks will lend based on your annual salary.

Since 2014, banks have had a limit on the number of mortgages they can offer where someone is borrowing more than 4.5 times their salary.

There is also an additional affordability test, which means borrowers must prove they can still afford their mortgage repayments if these were to increase to 3 per cent above their lender's standard variable rate.

Banks are already tightening lending standards unilaterally so there's no guarantee that any change in the regulations would have too much effect right now.

In the future however...

Those who do not learn from history are doomed to repeat it.
~George Santayana

David was on top-form for the all-in podcast. ICYMI 👇

Why I like PMI's & why you shouldn't move stops to breakeven

🔔 Cheap For A Reason

Bond yields starting to look attractive (or are they?) & The Veteran's consumer discretionary stocks to watch this earnings season