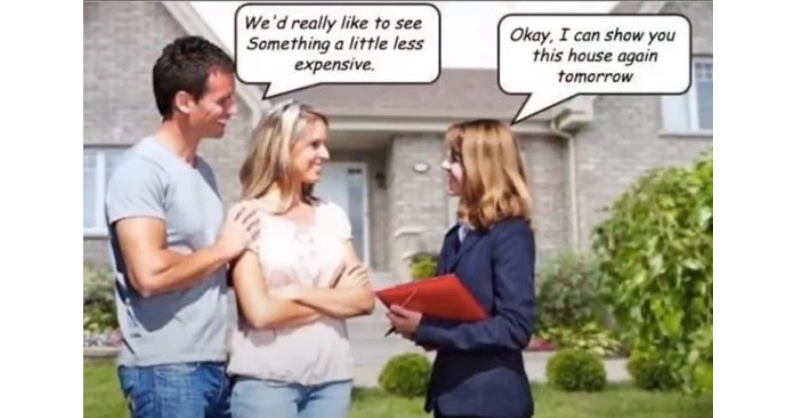 If you've been paying attention, you already know that housing markets are under pressure. But there seems to be a wide misunderstanding of what happens next...

Action-addicts can't wait to predict the crash. But this isn't 2008. The problem now isn't widespread economic hardship and massive over-leverage.

It's illiquidity. Housing is always one of the least liquid markets. The recent (and sudden) increase in mortgage rates just amplifies that. A barely liquid market becomes a frozen market.

Which makes price discovery even harder, because fewer transactions take place and the presence (or exit) of iBuyers like Zillow & OpenDoor can distort the averages 👇

Anyway, sentiment is in the doldrums, mortgage applications are plummeting, and anyone with the cash will want a hefty discount or they'll wait patiently for lower prices.

They might be waiting for a while. People won't suddenyl start selling either, because most (especially in the US) have fixed mortgage rates.

Clever people will say that you can just invest in real estate investment funds and avoid all of these liquidity problems. Not for the first time, clever people are wrong. 👇

Schroders said it will make some redemptions originally due on Monday as late as July next year, while Columbia Threadneedle said volatile market conditions had forced it to switch from daily to monthly payouts.

At the same time, BlackRock also imposed new restrictions on withdrawals. Funds that own hard-to-sell assets have struggled this year when volatility across stocks and bond markets has pushed investors to demand cash back in a hurry.

A liquidity crisis in the UK last week sparked by plunging gilts prices has worsened the situation for some asset managers. Defined-benefit pension schemes, which are major investors in UK institutional real estate funds, have been rapidly selling a broad range of assets to meet demands for collateral.

“It’s a fairly feeble market and you’ve thrown in some volatility. Shifting to monthly redemptions [from daily] reduces your need to firesale assets,” said one adviser to property funds.

The funds may be criticised for the decision, but the dash for cash (panic) causes liquidity to dry up. A firesale is in nobody's interests. The value of the fund (and therefore the redemptions) would be far lower, so locking the door is probably saving the panicked 'redeemers' from themselves.

As for the price impact. It takes years for people to adjust to a new reality. Companies and individuals alike. I lived and worked (yes, as an estate agent, you can hate me) through the GFC real estate bust in Spain.

In the first couple of years, everything slowed down but asking prices didn't really fall. The pain came later, once the general misery and hopelessness had set in.

People buying in 2010 thought they got a great deal, but in the area I worked, prices didn't bottom until about 2013. They stayed there for a while before gradually increasing again.

In the depths of the crisis, banks ended up with entire portfolios of properties that they couldn't value. In the end, the value was simply whatever the bank could justify losing on that portfolio in a given year.

If that wasn't enough discount, the properties just sat there for a year or two until the next revision rolled around and the spreadsheets were updated.

At the individual level, vendors struggled to adjust too. I vividly recall one couple who listed their property for €210,000 (it should have been around €180,000 at the time). Every few months we'd recommend a price reduction. Every time they'd say no initially, then call us a few months later and agree.

By that time it was too late. Prices had fallen further. That cycle continued for five years even as we pointed it out to them. Chasing the market lower, always a few months behind, until they eventually sold for €85,000. And you guessed it, that was about the time the market bottomed.

In the darkest periods of the market, buyers knew their power and would visit a selection of a dozen or so similar properties, pick their favourite 3 or 4 and then put in a cheeky offer on all of them.

Our instructions were always to deliver that offer along with the information that they were in competition with other vendors, essentially triggering a reverse bidding war.

That's when things get truly dark. When the market is in such a bad state that people need to consider those offers if they want to sell. Illiquidity meets helplessness in the land with no hope.

We're a long way from that kind of widespread misery for the average person.
That said, the over-leveraged landlord types will absolutely be first on the chopping block.

If only they'd watched us predict pain for landlords and the BTL market back in April. 👇

Doomsday is upon us again. Global recession, the zombie apocalypse, or maybe just a quiet one?

🔔 Hard To Be An Optimist

But it's not all doom and gloom, even if the big picture looks dystopian