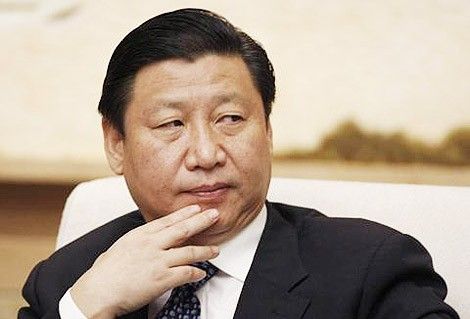 We've written extensively about China's economic issues over the past couple of years. Honestly, I feel like a proper China-basher sometimes.

But I think it's game over for China.

More specifically, it's Game Over for the growth story: the idea of China challenging the US for supremacy, or ever changing their economic policy and opening up further to the West. Or any of the other narratives about what China could become. It's done. Finished. Over.

A quick recap to refresh the memory:

We wrote about the challenges of China's massive debt load and using the 'bezzle' to juice the economic data too... 👇

These challenges are coming to a head at the worst possible time for China.

From a shorter term perspective, the Zero-Covid strategy has been catastrophic, and as the economy stop-starts and sputters towards reopening, many exporters will find it's a terrible time to boost business 👇

We like the fact that our inventory is up because so much of it is needed to be in stock on our side counters, but a 32% increase is higher than we want. We’ll work through most or all of the excess inventory over the next couple of quarters.” – Doug McMillon, CEO of Walmart

“While we anticipated a post-stimulus slowdown in these categories, and we expected the consumers to continue refocusing their spending away from goods and services, we didn’t anticipate the magnitude of that shift. As I mentioned earlier, this led us to carry too much inventory, particularly in bulky categories, including kitchen appliances, TVs, and outdoor furniture.“ – Brian Cornell, CEO of Target

Excess inventory has been a theme among retail stocks, and with consumption & spending shifting more towards services, it may take longer than expected to work through, which means lower demand for Chinese exports in the near-term.

Beyond that, lockdown anger and economic pessimism is spreading in China. The heavy-handed nature of the restrictions was always going to cause trouble, exactly as it did in the West.

But as our economies reopened, that anger quickly disappeared, and jobs were surprisingly plentiful.

In China, it's not clear that will be the case...

Compounding the frustrations, headlines are full of bad news about jobs. There will be more than 10 million college graduates in China this year, a record. But many businesses are laying off workers or freezing head counts as they try to survive the lockdowns and regulatory crackdowns.

Zhaopin.com, a recruiting site, found that its job prospect index in the first quarter of this year was about half that in the same period last year and even lower than when the coronavirus first struck in 2020.
Graduates who have signed offers will be paid 12 percent less per month on average than last year, the company reported.

The official unemployment rate is running at 6.1% now, just below the 6.2% peak seen after the first Covid outbreak.

Is this becoming a secular trend?

I think so. After pulling the rug on the property market (a major engine of economic growth), and then clamping down so heavily on the tech and 'platform' economy, where is the growth going to come from?

Will that create enough employment for 10 million college graduates, PLUS the increasing ranks of unemployed from the property and tech sectors?

But their hope's not quite squashed yet...

Many investors see 2022 as a bellwether year for the future direction of policy. The optimistic outlook, says the regional head of one global asset manager, is that this gloomy period of ideology, policy missteps and beleaguered growth is part of the preparation for the Party congress in the autumn.

Once that passes, pragmatists will have more control of policy. Zero-covid will be wound down and support for the economy and tech firms will be ample.

PTSD: "If I just hold this loss a bit longer, it'll turn around. It'll come back..."

Maybe new policies will be announced in the Autumn, but these are unlikely to be the kind that gets foreign investors hot under the collar. More of a focus on social reform, common prosperity and domestic economic strength.

All the while, Western-based companies gradually look to decrease their reliance on China, and head for the exits...

And domestically, there's very low confidence to borrow. We've seen headlines like this for months now... 👇

The demand for loans just isn't robust enough. Even before the lockdowns, the economy wasn't producing the growth or security to generate that strong loan demand.

And the stimulus response to the lockdowns isn't very... stimulating 👇

Meanwhile, the US seems to have strengthened ties with the West and like-minded allies in the Indo-Pacific region.

Any strategic lifting of tariffs shouldn't be seen as weakness on the part of the US, more a sign that they're throwing in the towel on the idea of a more balanced, reciprocal trade relationship.

All you should care about are interest rates