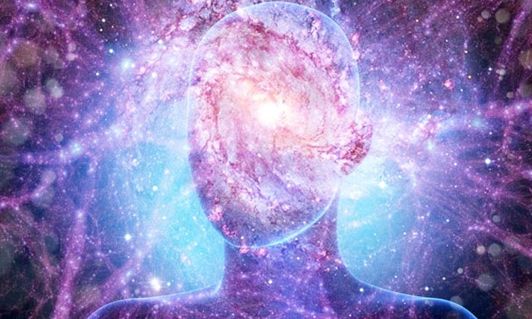 🔔 Galaxy Braining Into The Weekend...

Macrodesiac Sponsor Syscoin with ANOTHER ONE 👇 🤯

Micro-dosing hallucinogenic substances is supposed to be good for your mental health. The same is true of Galaxy-Braining.

Both offer gateways to alternate realities, remove mental barriers, and enhance cognitive function. At least, that's what the marketing says.

Anyway, let's drop the first GBrain and see where it takes us... 👇

First up, from the co-founder of BitMEX, Arthur Hayes. Starts with a nice rant against those who claim to be financial fiduciaries while rinsing investors for fees independent of performance, then we get to the crux of the piece.

At some point this year — if the Ethereum Foundation is to be believed — the ETH 2.0 and 1.0 chains will merge. After the merge, Ethereum will achieve consensus via a proof of stake mechanism.

Justin Drake, an ETH researcher, projects that immediately after the merge, stakers could see an APR of around 8–11.5%.

But what if you can convince the world that Ether is simply an infinite duration bond?

If you can accept this assumption, Arthur goes on to explain the mechanics of a positive yield ETH carry trade (stay with me) using the 1 year ETH/USD forward price to hedge against spot.

And he then valued the perpetual bond using the validator income received from staking ETH, summed up below 👇

This should not be taken as a price prediction, but rather as a guide to a new way of thinking. If you believe that ETH can or should be valued as a bond, then as an investor — given your long-term interest rate and ETH reward assumptions — you should be willing to buy ETH at today’s prices, as long as it trades at a discount to its perpetual bond derived price.

Basically, if you can treat ETH as a bond, you can earn yields and there's a decent margin of safety in there while forwards are priced as they are.

Then there's speculation about ESG funds jumping on the gravy train (be ESG and earn higher yields - what's not to like?) 👇

Sentiment will all change when ETH becomes an ESG-friendly, POS blockchain, which ESG funds can then invest in. This opens up ETH to hundreds of billions of USD worth of fiduciaries who due to ETH’s classification, can now safely invest (as in the safety of their job, not their investors’ capital).

When the dust settles at year-end, I believe ETH will be trading north of $10,000.

To a normie, all of this sounds batsh*t crazy. Frankly, it is.

However, that doesn't make it implausible nor impossible (although I'd peg the 10k year end price target as improbable given the macro headwinds).

Saylor is a gangsta because he uses Microstrategy’s ability to tap institutional corporate bond markets as a funding vehicle to acquire Bitcoin.

That’s an “ok” strategy [Arthur's being generous here], but Bitcoin is pure money and intrinsically yields nothing. Ether is the commodity that powers the world’s largest decentralised computer. Ether will, post-merge, feature an intrinsic yield.

There's no doubt that Ether as a 'legitimate' yielding asset would be a huge development in the crypto space.

In a yield-starved world of financial repression and negative real interest rates, it pays to keep an open mind.

Speaking of which... We were talking about the role of physical assets, crypto assets & fiat assets (and whether this is actually a new monetary and investing paradigm) in the Macrodesiac Discord earlier today. The community's full of clever, open-minded traders.

Which brings us nicely onto our second dose of GBrain...

Return of The Zoltan!

He's getting a bit of a reputation for controversial calls and predictions.

Which he's followed up on here 👇

How to think about Galaxy Brained ideas from smart people. 👇

"Love his analysis, not so much his prophecies"
~@RishiMishra

Zoltan's articles are always on the academic side, so best to download and dissect piece by piece. Even if all you take from it is a deeper understanding of the 'four prices of money', it'll be worthwhile 👇

To remind the reader, in Perry Mehrling’s framework, the four prices of money are:
(1) Par
(2) Interest
(3) Foreign exchange
(4) Price level

He also touches on the different types of shipping containers and limitations of certain routes such as the Suez Canal (just in case anyone's under the illusion that it'll be easy for Russia to 'just' sell their oil elsewhere).

Time is money, and lending more money for longer terms means that as commodity traders need more financing, banks’ own liquidity needs will start to move higher over time too. If not immediately, surely inevitably.

There are implications for funding markets and parallels with funding markets: as the above example shows, oil transports will take four months to finance instead of two weeks, and because oil prices are up, it will take more money to fill up VLCCs (Very Large Crude Carriers) – which means more notional borrowings for much longer terms.

In 2019, overnight repo rates popped because banks got to LCLoR and they stopped lending reserves. In 2022, term credit to commodity traders may dry up because QT will soon begin in an environment where banks’ LCLoR needs are going up, not down.

Banks’ LCLoRs are moving up as we speak because commodity and trade financing needs are growing too, and that cannot be good for banks’ demand for Treasuries on the eve of QT.

This'll be a risk to bear in mind once (if?) the Fed starts their quantitative tightening (in May?). Financial conditions could deteriorate for 'non-financial' reasons.

As for Zoltan's predictions about a new commodity-backed monetary regime, well, we can all get a bit carried away sometimes...

What if those transitory inflation calls were right, but early?

The Veteran's important questions... If central banks can't fix a stagflationary economy, will governments step up? And if they try, will it work?