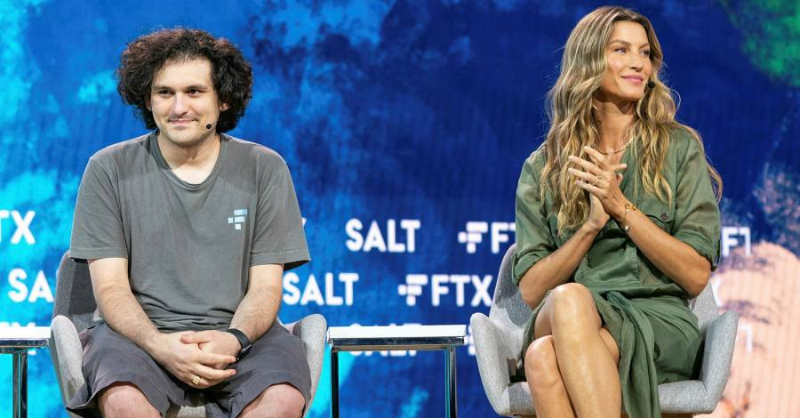 He's your friend, one of the crypto community. Any other relationships are purely in your best interests fren  👇

Data from Nansen shows that FTX is suffering from a major spike in exchange outflows. During the last week approximately $292 million in stablecoins have left FTX. Traders could be departing the exchange over fears of liquidity issues, as Alameda is a large market maker on FTX.

This is wild to me, because one of the largest scandals in retail FX history was FXCM being banned from the US over similar activity.

FXCM had an entity that was 'winning' business whilst suggesting they operated a 'no dealing-desk model', which means orders would be sent straight through to the market without the broker having any intervention.

Anyway, all the recent evidence points to a loss of confidence in FTX.

Rumours swirl about insolvency and even in the transparent on-chain world, nobody can solve for humans and how they will act in the future, be it rationally or irrationally (or because two guys got beef and everyone else is just collateral damage).

The below from Ryan Shea lays out the liquidity issue 👇

Alameda Research – SBF’s trading firm – had more than $5.8bn of FTT on it’s books, by far the largest contributor to its $14.6bn assets. The optics of a crypto trading firm having such large holdings of a token issued by an exchange co-founded by someone who set up said trading firm is clearly far from optimal.

Naturally, this has provided considerable fuel for the sceptics, who have been quick to make comparisons with the crypto lending firm Celsius Network that went bankrupt in July amid accusations that it had been inflating its balance sheet by manipulating its native token CEL.
CZ’s decision to tag LUNA in a follow-up tweet, clearly did little to damp such speculation.

Is it rational to join the run of withdrawals or ignore it...?

The FTT waterfall was inevitable. If you're going to panic, be first.

Those of us who also dabble in the classical, more refined degenerate world of TradFi recognised the pattern 👇

Yep, it always looks the same. A loss of confidence and a one-way trade = cascade.

The FTT selloff looks just like the recent GBP panic (in blue for comparison) brought on by the pension funds and their forced gilt sales (gilts that had been posted as collateral for other trades - basically staking for boomers).

Britain's problem was solved by forecasting a big old fiscal black hole™ based on higher interest rates, which is now going to be filled up from higher tax receipts and spending cuts.

The market Gods demanded their sacrifice. Liz got the chop...

and new Chancellor Jeremy C Hunt is planning "a stealth raid on inheritance tax" in the Autumn Statement as part of the chancellor’s attempt to raise about £54bn through tax rises and spending cuts to fill a hole in the UK public finances.

So stealthy it's in the FT. He'll never make it at MI5.

Anyway, on to the point. The loss of confidence was solved by the BoE stepping in to provide a reliable counterparty for the one way trade, as well as a change in the fiscal policy that had supposedly sparked the evaporation of confidence and subsequent contagion.

What can FTX do to restore confidence?

One Macrodesiac working in the crypto industry gave us their insight 👇

"Unless they’re able to clarify things with regard to the balance sheet and/or do some big capital raise, zero upside to keeping funds there."

SBF needs to play nicely with others for that to happen, but he's got a really bad habit of pissing people off  👇

Sam Bankman-Fried, whose FTX platform has rapidly become a dominant venue for investing in virtual coins, going toe-to-toe with Terry Duffy, the longtime chief executive officer of CME Group Inc. at the event in Florida.

Among the topics broached in their intense conversation was an FTX proposal to execute every aspect of customers’ crypto derivatives trades on its own -- thus bypassing other exchanges, banks and financial intermediaries.

BitMEX piling in too.

Entertaining as the feud is, remember that you don't need to take part. There are thousands of markets available to lose money in. Why take the easiest one?

Is this ex-BoE economist wrong? No way. An economist being wrong? Surely not? I don't quite get this recent Tweet from Mr Blanchflower...