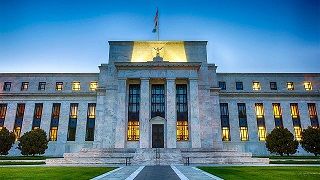 FOMC... Time for the Fed to take the bond bears out?

This meeting is set to be a stern test of Fed communications...

Join us in the premium members discord (if you haven't already) and make the most of the Macrodesiac community...

Accepted market wisdom: Bond guys are the smartest in the room...

Yet the way this recent bond selloff is reported, you'd think bond traders were ready to be locked in a padded room jabbering about the inflation monster that's coming for us all...

We've already laid out our view of whether these inflation 'fears' will prove well-founded:

TL;DR Measured inflation will temporarily overshoot 2% (perhaps by a distance) due to supply chain disruption and a low base from last year, then inflation returns to the baseline...

Worth noting that the inflation 'fear' is far more of a media narrative than a market narrative...

This view isn't especially controversial and seems to be widely-shared so what's the game?

What is this telling us?

Well, that blue line looks a lot like a 'normal' yield curve, doesn't it?

Once we get closer to Fed rate hikes, the front end of the curve (short term rates) should catch up and resemble this 'normal' yield curve too.

Soooo... the BIG STORY is that we're on a path of economic expansion after a period of economic contraction and the yield curve is doing exactly what it's supposed to at this stage of the business cycle? 👇

Well that's a shit story - how can the media generate clicks with that?

They can't. Which is why they cover the people screaming about inflation and how it's different this time instead of the more reasonable takes

This coverage creates a narrative feedback loop, which is excellent for generating more clicks (and ad revenue)...

Here's a quick primer in case you don't know about them

And this is the story that I see taking shape in the bond market...

It's the classic story arc - someone's life is going great, something happens, turns everything upside down, so they set out on a quest to vanquish their enemy and redress the balance between good and evil.

Late in the story, our hero reaches the depths of despair, and must prepare for the final battle...

Errr. It's not actually a movie at all...

It's a film innit?

Anyway, onto the point.

THE FED AGAINST THE BOND MARKET
This time it's personal

(or something equally boring)

Right, onto the meeting itself.

ING have a handy table:

Short version, everything should be a little better than we thought in December due to the successful vaccine rollout and passing of the stimulus package.

It's important to distinguish between what the Fed might say to guide markets, and what might actually happen.

Upgrade forecasts too aggressively and bonds could rapidly start pricing in an overshoot, tightening financial conditions and the butterfly effect takes over...

Imagine how markets would react if the Fed were as optimistic as this...

GS also have a graphic laying out a timeline for the Fed to begin tightening:

Which leads nicely back to the dot plot...

Worth remembering that this is a messaging tool.

A couple more dots in the 2023 column perhaps?

The OIS market is currently pricing two hikes during 2023:

A much stronger set of economic forecasts paired with a median dot showing zero hikes is an affirmation that AIT is for real.
A median dot showing one or more hikes in 2023 sends a message that current Fed policy is more orthodox than previously thought.
- Brent Donnelly (HSBC)

It's all about the messaging.

How seriously will markets take the Fed's AIT policy if those dots move up too quickly?

They really want to see inflation consistently above 2% for an entire year before hiking.

Tim Duy (Fed Watch) suggests that Powell will be reminding the presidents of their forward guidance responsibilities:

"I think Powell can lean on the presidents to delay changing their dots by reminding them of the interaction of the dots and the new policy strategy."

This is where it starts to get interesting...

These are all Powell quotes:

We went from this

“In a way, it’s a statement of confidence on the part of markets that we’ll have a robust and ultimately complete recovery,” (22nd February testimony to the senate banking committee with 10 year yield at 1.39%)

The recent run-up in bond yields “was something that was notable and caught my attention,”

“I would be concerned by disorderly conditions in markets or a persistent tightening in financial conditions that threatens the achievement of our goals…” (4th of March WSJ event with 10 year yield at ~1.5%)

This will most likely be one for the presser Q&A afterwards...

Last, but definitely not least.

SLR relief - this is where it gets technical.

Get yourself a coffee and have a read of this:

It's a potent combination of complexity and politics.

The easy option is to just extend the SLR relief, but then the naughty banks can just buy back more shares and make shareholders even richer...

Not to worry though, Liz is on the case...

Banks are now buying back stock and distributing capital to shareholders, or, in SLR terms, willfully reducing their numerator.
It stands to reason, then, that they could afford to have the denominator return to its usual form.

This is the argument from Democratic Senators Elizabeth Warren of Massachusetts and Sherrod Brown of Ohio.
In a letter to regulators last month, they argued “to the extent there are concerns about banks’ ability to accept customer deposits and absorb reserves due to leverage requirements, regulators should suspend bank capital distributions.
Banks could fund their balance sheet growth in part with the capital they are currently sending to shareholders and executives.”

But is there a viable solution?

“Maybe only reserves should be exempted permanently, but not Treasuries — that would be more in line with the global standard,” Pozsar said, floating an idea that has been bandied about by strategists.
But that creates new issues in short-term rates markets.
Specifically, when overnightrepo rates climb above the Fed’s interest rate on excess reserves, or IOER, banks have a natural incentive to use their cash to step into the repo market and capture a higher return.

Solve one problem, cause another...

It seems that every proposed solution has another negative consequence...

If no SLR solution is forthcoming, analysts estimate that primary dealers would be forced to sell between $600 & $700 billion of 'excess' treasuries before the expiry at the end of March.

It seems unlikely that the Fed won't have some kind of backup plan for this, including a potential hike in the IOER rate, but it's really all up in the air.

If you see variants of FED RAISES RATES in your news feed after the decision that will probably be why.

It's not the kind of meeting I would want to pre-empt.

A continued rise in longer term yields should be good for USD, especially vs low yielding currencies (EUR, JPY, CHF).

'Value' stocks & indices (DAX, potentially UK FTSE) could benefit too, although it would not be so good for emerging markets...

ING make the alternative case for the euro

If the Fed Chair can present a dovish narrative in such a way that US Treasuries avoid a disorderly sell-off, then those currencies exposed to the global business cycle – including the EUR – can probably enjoy some modest gains later in the week.

Unless he pushes back hard against the bond selloff (signals that the rise in yields is overdone/concerning), I'm expecting any move lower in 5, 7, & 10Y yields to be short-lived.

Rate and growth differentials matter in a low yield world so I don't think the USD is done for just yet.

Let's see what the Fed serves up!