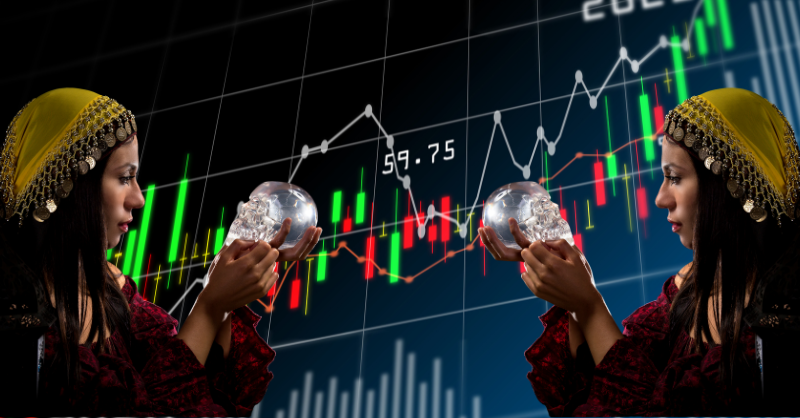 The Veteran's sticking with economic indicators this week. He's picked out one that a lot of people ignore, but they really shouldn't... 👇

I want to look at the predictive power of what many wrongly construe as a second-tier indicator. In reality, it's an important and data-rich piece of economic intelligence.

The data point is the Philadelphia or Philly Fed Manufacturing Index (PFMI) which itself is part of the regional reserve bank’s Manufacturing Business Outlook Survey or MBOS.

It's not new. The survey and index date back more than 50 years and are compiled from the results of a monthly survey of corporate executives in the Third Federal Reserve District that covers eastern Pennsylvania, southern New Jersey, and Delaware.

Survey-based data often acts as a leading indicator (similar to PMI's) as it signals intentions and how businesses are reacting and performing right now rather than looking back at their performance in quarterly arrears.

With that in mind, it seems sensible to start our examination by comparing the PFMI with one of the most popular or fashionable of economic indicators: the PMI or purchasing managers index.

We'll use the US manufacturing PMI, and to gauge whether the Philly Fed moves ahead of the wider economy or predicts its future direction I have thrown the growth rate for US GDP into the mix.. 👇

Not looking too chipper. However, we mustn’t forget that even in the US, services are the greater part of the economy.

So if we want to look at the ability of the Philly Fed Manufacturing Index to signal an impending US recession we should probably also consider whether the indicator has a relationship to, or predictive power over the service sector as well.

This is what we can see above. However in this instance we only have access to PMI data back to 2012 so the chart is inconclusive.

Recession risk and its relationship to employment

Looking at some of the available literature on recessionary predictions and indicators there is a strong body of opinion that recessions occur, or are signalled when there is the risk of a sizeable increase in the unemployment rate.

However, the rate of unemployment is a lagging indicator because it measures events that happened in the past, typically monthly in arrears and we want to see what's happening now and in the near future.

The data-rich MBOS report has an employment index within it. We can look to see what the interaction between the Philly Fed Manufacturing Index and Employment Index looks like.

In the chart above we see that the two indices dip ahead of recessions in 2002, 2009 and 2020. For now, the Unemployment index has only just fallen into negative territory but it’s certainly moving lower.

The Philly Fed has turned negative ahead of prior US recessions

If we look even longer term and just overlay the manufacturing index and shading the chart for recessions back to the early 1980s we find that the index dipped into negative territory ahead of the last FIVE US recessions!

We could of course look further back in time but I am conscious of the fact that economies evolve over longer time frames, and we want to avoid comparing apples with oranges...

On balance then it seems that the Philly Fed Manufacturing Index has regularly moved lower ahead of US recessions. However, it has often been accompanied by moves lower in other indicators from the wider survey data, and in particular the unemployment index.

For now employment rates in the US are still above their long-term averages. However they are off the highs, and so what we should be doing is monitoring any further moves lower in this data, particularly if it coincides with any further weakness in the manufacturing index.

Layoffs in the tech sector have been trickling through all year, but it's yet to turn into a flood of job losses. 👇

Ford announced 8,000 job cuts yesterday, and Apple, Microsoft and Google have all recently announced plans to slow hiring. Which, in theory, means more jobs rather than job cuts...

Time, and the economy, will tell.

🔔 Why The US Economy Is The Best In The World

The US economy is top dog. There shouldn't be any debate about this, yet US demise is always the hottest topic. "Never bet against America"

🔔 Captain America Explains Demographics (And Why They Matter For Markets)

Demographics are destiny. At least that's how they're described... But demographic changes are like the tortoise of the economic race. Slow, steady & barely moving