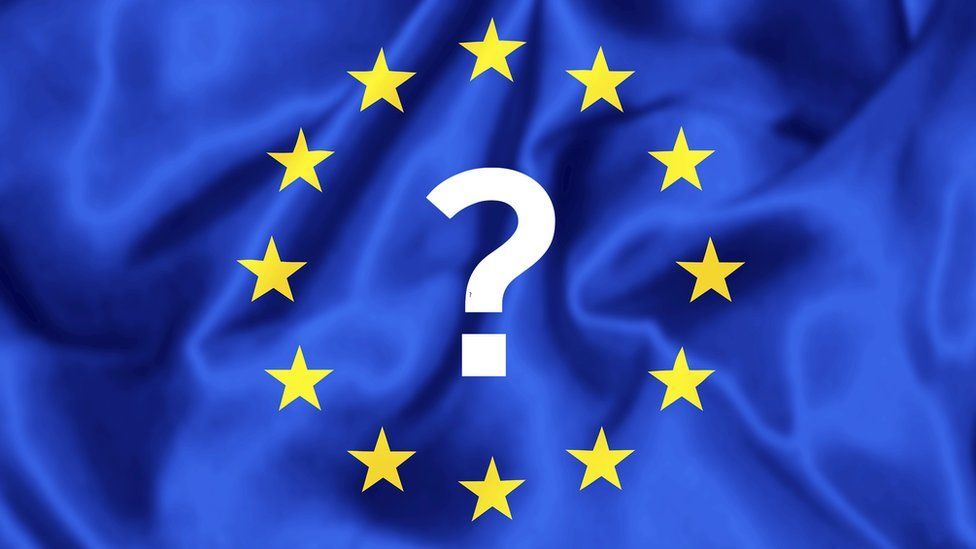 Start of a new week, and Europe (and the euro) are getting battered (we'll ignore other markets for now to bask in David's disdain for the euro ccy).

Here's what we reckon should be in focus for Europe over this coming week...

We are coming into a crunch period in European politics (again).

The ratification of the European Recovery Fund (ERF) will increasingly come into focus.

Here's a quick recap via Rabobank

For the MFF and recovery fund to come into effect, the European parliament should agree on the package and national parliaments would have to ratify.

The working assumption in Brussels is that the ratification process will only be completed at the beginning of 2021.

Given how long everything political takes in Europe, we can expect the debates to begin imminently (and probably continue well into next year).

Political risk in Europe is constant, and is often dismissed as "just how it works".

But it does matter now.

The ERF was negotiated amidst the crisis, and forced the hands of everyone involved.

An agreement HAD to be made in order to maintain confidence that the EU could rise to the challenge.

Certain sacrifices were likely made that will now come under national scrutiny.

This will pop in and out of focus for a few months yet.

The risk of political bickering delaying the delivery of this much-needed stimulus is very real.

This weekend is potentially pivotal for Italy.

The size of their government is ridiculous.

This weekend there is a referendum on reforming the government to reduce the size of the legislature.

The public seem to support this move (and it will probably dominate the headlines).

But as we have seen with Brexit, this type of referendum might not lead to greater stability, especially in the short term.

Politicians receive the opinions of the public, but agreeing how best to implement them is another matter altogether.

There are also Italian regional elections this weekend.

Any headlines on this will probably contain something about Italy 'lurching further right' or 'returning to the light from the black darkness of the populist disease'.

But what really matters is the fragmentation, (as well as the potential for Euroscepticism to increase).

If the polls are correct, opinions are very divided.

This leads to minority governments, who then lack the votes to pass necessary legislation.

Spain's outlook was downgraded this weekend by Standard & Poors.

Ratings agency S&P Global Ratings on Friday revised Spain’s outlook to “negative” from “stable”, saying its policy response to rising economic and fiscal challenges are at risk from political fragmentation and reform fatigue.

The agency cited the possibility that a budget will not be passed and economic weakness could persist into 2021 and 2022 in Spain.

This is something I've mentioned a few times since the virus hit.

There is such deep division in Spanish politics that they could barely agree whether to extend the "state of alarm" to maintain lockdown.

Civil discourse broke down between parties on numerous occasions.

The minority left wing PSOE/UP government doesn't have many friends in other parties to lean on.

There is a fair possibility that this agreement will not be forthcoming, and Spain could head back to the polls yet again.

Looking a little further out, Merkel's successor will be appointed at the start of December, and Austrian elections take place in March next year.

As one of the frugal four, there is huge potential for the ERF to become a political football in the run up to these elections, which could also delay the ratification.

Back to the virus.

It seems that mobility restrictions are being favoured over a return to nationwide lockdowns.

Whilst this is an improvement from an economic perspective, it will weigh further on activity and consumption.

One last thing on Europe.

Perhaps this is just a reaction to these mobility restrictions?

Well that would make sense, except the retail index notched gains of 3.9%.

So... what else could be going on?

Well, the Turkish central bank will announce their rate decision on Thursday.

They are in the midst of a(nother) currency crisis;

So, how do you "solve" a currency crisis?

However, Erdogan has the idea that higher rates lead to higher inflation.

So we can probably rule that as "less likely" for now.

FX reserves are looking a little thinner on the ground too.

TRY has continued to weaken against the USD.

Remember, this is happening whilst the dollar has weakened against almost every other currency.

Europe has a very sizeable exposure to Turkey.

This is a good read on Erdogan's experiment and how the land lies...

There are no good outcomes to this situation.

What options does Erdogan have? The path ahead is strewn with risks. Let the lira fall, and Turkish companies with dollar debts will struggle to pay them back.

A steep decline in the lira could even make Turkey’s banks go bust.

Hike interest rates, and the currency might stabilize, but the economy would be thrown into a deeper recession, exacerbating the coronavirus slump and denting Erdogan’s popularity.

Both options are dangerous.

But doing nothing is probably worse: The lira will fall anyway, and the economy will sink into a prolonged recession, too.

Erdogan’s economic experiment was interesting while it lasted, generating a false sense of stability. But hiding the country’s economic problems deep in the banking system was never more than a temporary cover-up.

Summing up, a lot of risks are (once again) building for Europe's fragile economy.

Markets are taking a beating

Did the Bank of Japan just do something?

Ooof. Check out USDJPY. TradingView [tradingview.com]That's a serious rocket up the arse of dollar yen there. Why though?